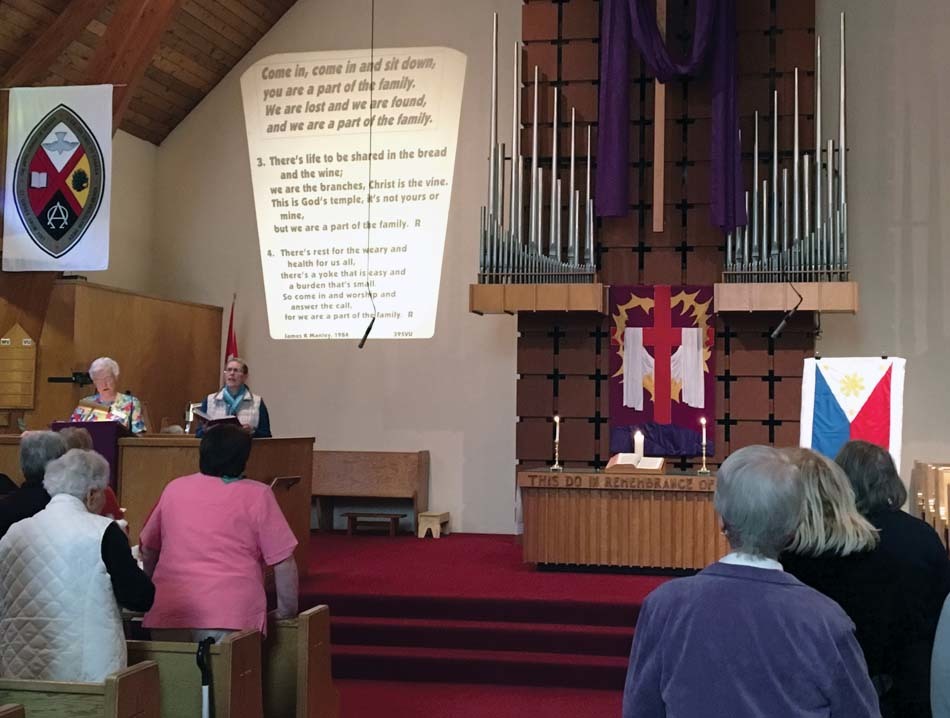 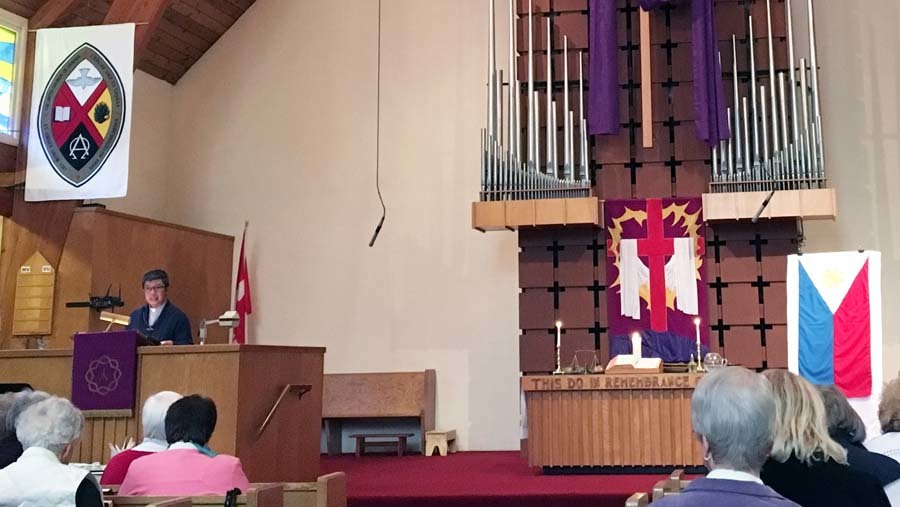 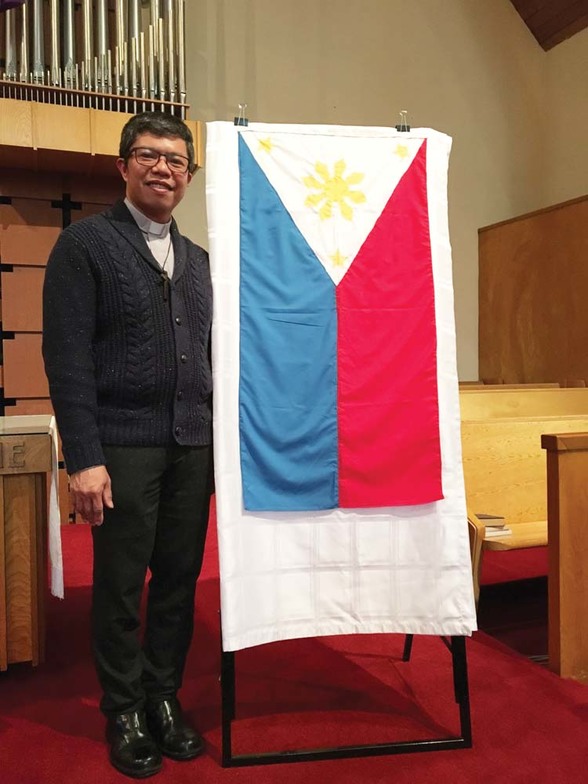 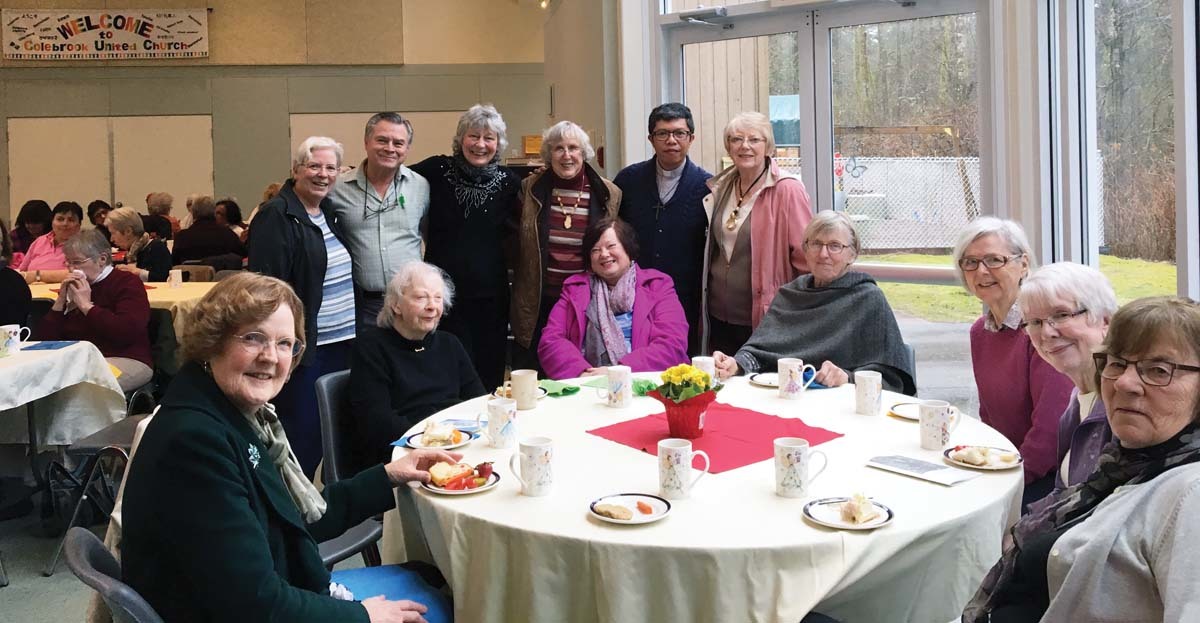 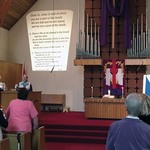 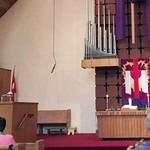 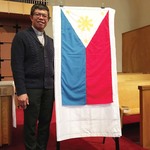 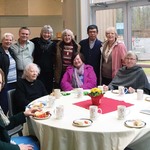 On Friday, March 3 a World Day of Prayer 2017 ecumenical service was celebrated at Colebrook United Church in Surrey B.C. The liturgy was composed by Christian women of the Philippines. Some seventy people attended the worship continuing the tradition begun as a National Day of Prayer in Canada in 1920 and amended in 1922,  as the World Day of Prayer. The focus of the service was the women of the Philippines. Six contributing Surrey churches planned this moving tribute to Filipino women. It was coordinated by Aileen Watson, president of the United Church women of Colebrook, who has piloted the project for twenty-five years. Colebrook United, Cloverdale United, St. Bernadette’s Roman Catholic Church, St. Matthew’s Roman Catholic Church, The Church of The Redeemer and St. Michael’s Anglican churches all contributed and participated in the service. Common hymns familiar to all the churches involved were chosen. The music director from St. Michael’s, Coleen Whitmore was the guest pianist.

It was decided by the participants to dramatize the individual stories submitted by the Filipino women. The effect was very powerful. Three personal stories were dramatized. The women inhabited Mindanao, South Philippines, Central Luzon, North Philippines, and Ormoc City, Central Philippines, respectively. They ranged in age from 15 to 69 and had all been victims of domestic violence, economic injustice or natural disasters like Typhoon Haiyan. None of them had enough money to live a decent life, despite help from the international community which was agonizingly slow in its implementation.

During the service, one of the participants carried balance scales up the centre aisle of the church and placed them on the altar. She spoke the words of the prophet Isaiah: “Hear me you who cry out for deliverance. You who turn to God, you will be led in peace…” Isaiah51:1, 55:12.

The gospel, Matthew20:1-16 was read by Kathi Dale, chair of St. Michael’s Anglican Church Women (ACW). We were asked to reflect silently on its meaning. In this Bible story, a generous land owner hired laborers throughout the day to work in his vineyard. At the end of the day, he paid each worker exactly the same amount of money, regardless of work hours logged. Jesus used this story to teach us what Heaven is like. We are all equal in God’s eyes: “So the last shall be first, and the first last…”Mathew 20:16. We were invited to pray for children in need of health care, Filipino workers who are far from home , youth in need of schooling, Indigenous people, farmers and labourers.

Father Louie Engnan, rector of St. Michael’s Anglican Church, gave the sermon and the blessing at the completion of worship. ”Mabuhay!” he began. This is a greeting in the Philippines in the national language of Tagalog, which can mean: “May you live”, “cheers”,  ”welcome” and “hurrah”.  (It is pronounced: “muh-BOO-hi”). Father Louie was invited by Aileen Watson to be a guest speaker. He is a native of the Philippines and knows the plight of Filipino women. He said that despite the country having had two women presidents and a constitution which provided for equal rights, the majority of Filipino women remain vulnerable to poverty, abuse and exploitation.

This year’s theme for the World Day of Prayer (as chosen by the Filipino women) was, “Am I being unfair to you?” Father Louie began addressing this theme by speaking the ancient Tagalog word for God which is genderless and all-inclusive. Jesus, Father Louie reminded us, treated women with respect and deference, as equals. In the early Christian church, women were esteemed and held positions of importance. Father Louie encouraged us to examine our own actions and thoughts that we might be agents of change. His challenge was to start with ourselves, to reach out to those around us with the love God has invested in us through Jesus, to shine by example. The benediction was given and the recessional hymn, Let Justice Roll Like a River captured the theme of the day perfectly. As one of the leaders said at the beginning of the service: “Oh what a beautiful day to gather in the house of God!”

A beautiful day it was, to celebrate in one accord with Christian friends from other parishes, the 2017 World Day of Prayer.