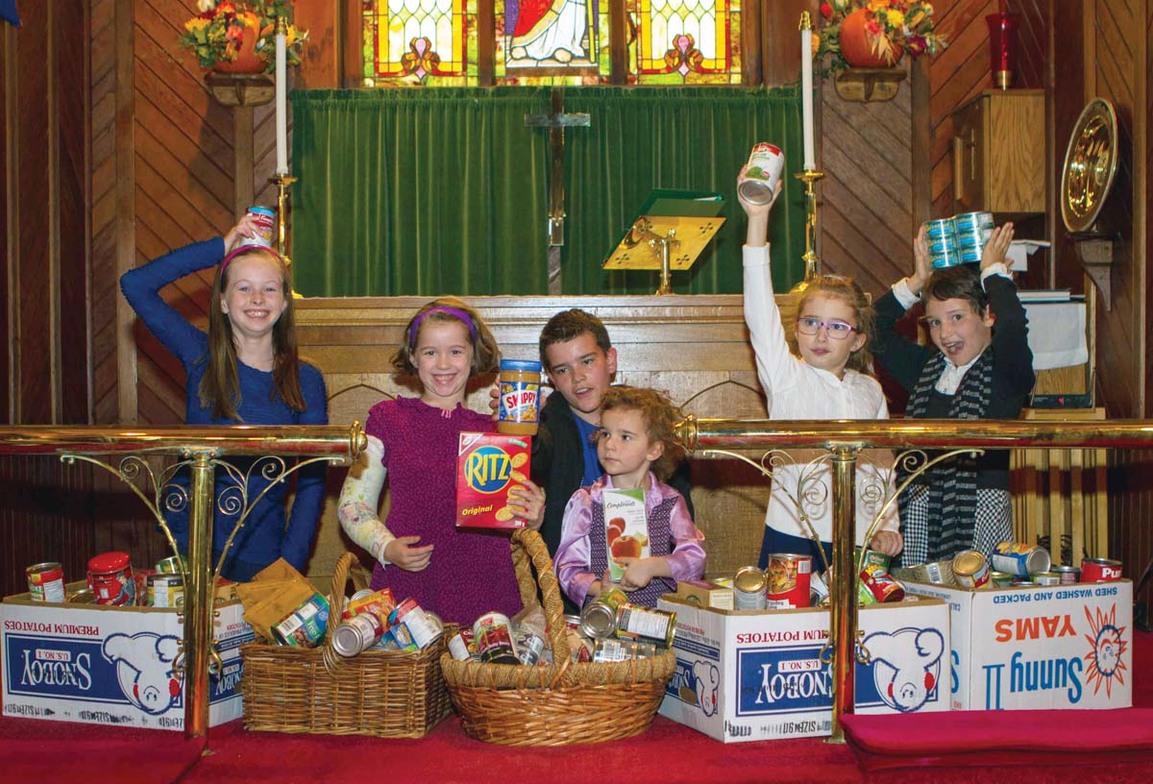 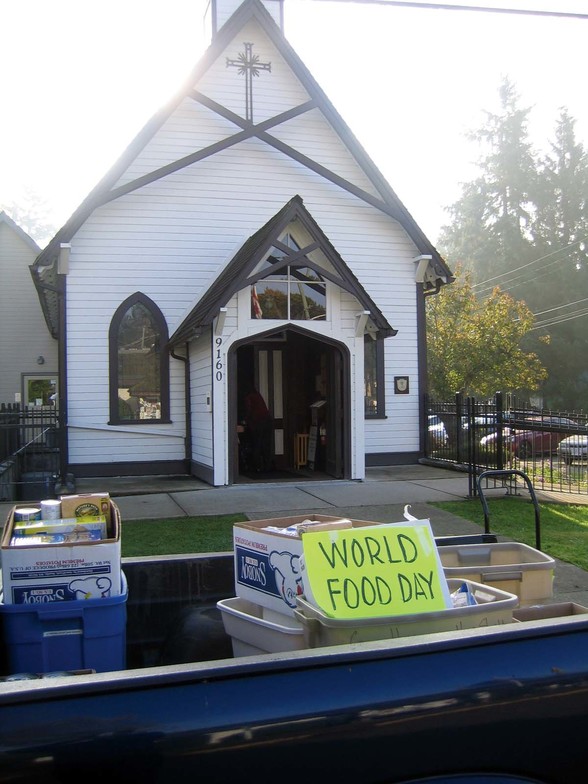 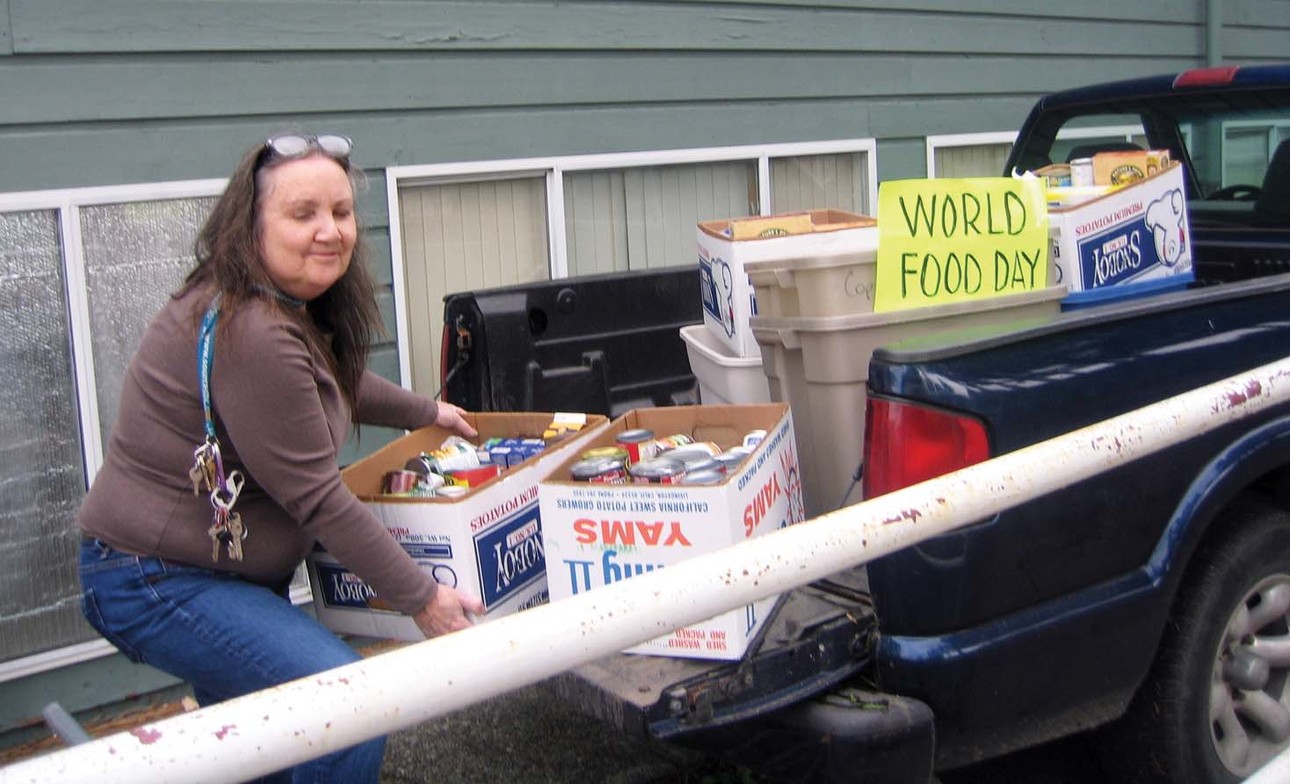 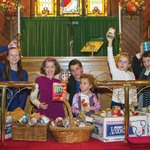 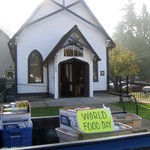 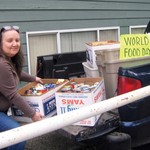 World Food Day is a United Nations sponsored day of action against hunger. On October 16, people around the world gathered to declare their commitment to eradicate hunger in our lifetime. We live in a world where 1 in 8 people don’t have enough to eat - and when it comes to hunger, the only acceptable number in the world is zero. This was the focus behind the campaign where the Most Reverend Fred Hiltz challenged us through the “Fred Says” program - the first ones being “Have you eaten today”, “It’s good to be full of beans”, “Let’s Jam” and “Some like it hot”. For 2015, Fred Says “It’s easy being green”, “Veg out”, “Rice is nice” and “Kids rock”. With World Food Day this year just five days after Thanksgiving, when most of us are overfilled with food, it is sad to think that there are some in our community who are hungry.

A visit from Bruce Strom, the director of Sources Food Bank in Langley, to the ACW meeting in early October brought attention to the need locally. In the year since that Food Bank opened, the requests have steadily increased, until currently they have over 650 Langley families who need help. This total consists of over 1100 individuals, one third of whom are children and about 15-20% are seniors on fixed incomes which don’t cover all their shelter costs.

The Outreach Committee of the Parish of St George in Fort Langley decided to challenge the congregation to do their part and to accept the challenge from our Primate by holding a food drive on Thanksgiving Sunday (the Sunday before) and the Sunday after to mark the World Food Day. News went out to the Parish by Sunday announcements and by the regular parish email correspondence. And on Thanksgiving Sunday, October 11 members of the Parish arrived at the church doors to find large bins waiting, attended by a young member of the parish who helped unpack shopping bags, stacked the goods into the bins, and thanked each parishioner for their donation. Some, of course, had forgotten, but promised to bring something the following week. Although it would have been good to bring these donations to the altar as part of the offertory, as the bins filled it became obvious that there wasn’t enough room around the altar to do this – St George’s sanctuary is small and there was lots of food, so a couple of baskets were filled and these were brought forward as a token of the gifts.

Sunday 18th saw a repeat of the previous Sunday, with more food arriving at the church doors, baskets again being brought forward with the offertory, more bins being filled. Arrangements were made with the Food Bank, and after the second gathering of food, the Outreach Committee loaded all the food into a truck and when the Food Bank Distribution Centre opened the following Tuesday the volunteers were there to happily help unload the Parish donation.

This was a most successful challenge - Parish members were generous in their food donations and St George’s ACW have committed to ongoing financial support for this Food Bank to help the most vulnerable in our local community.