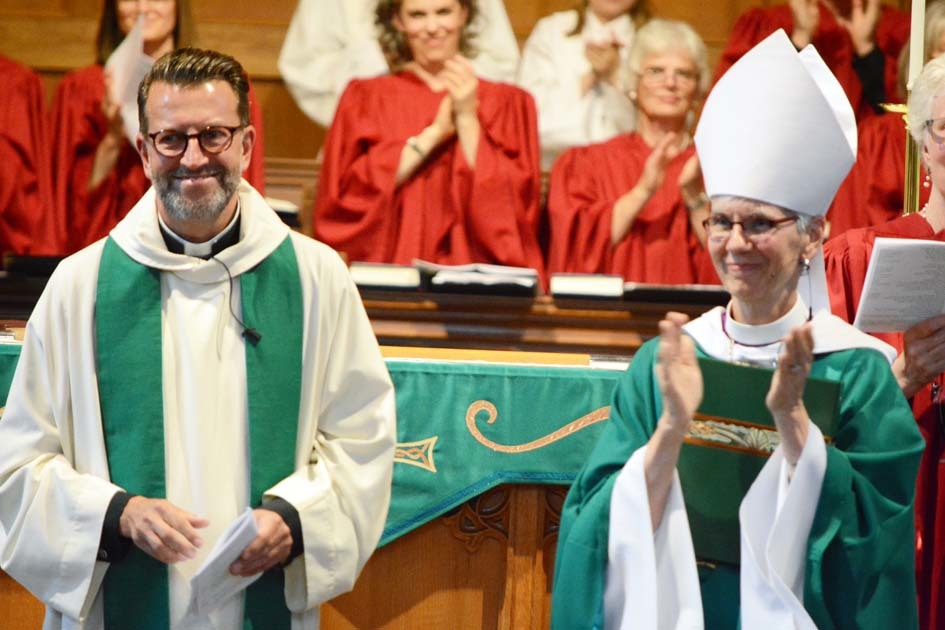 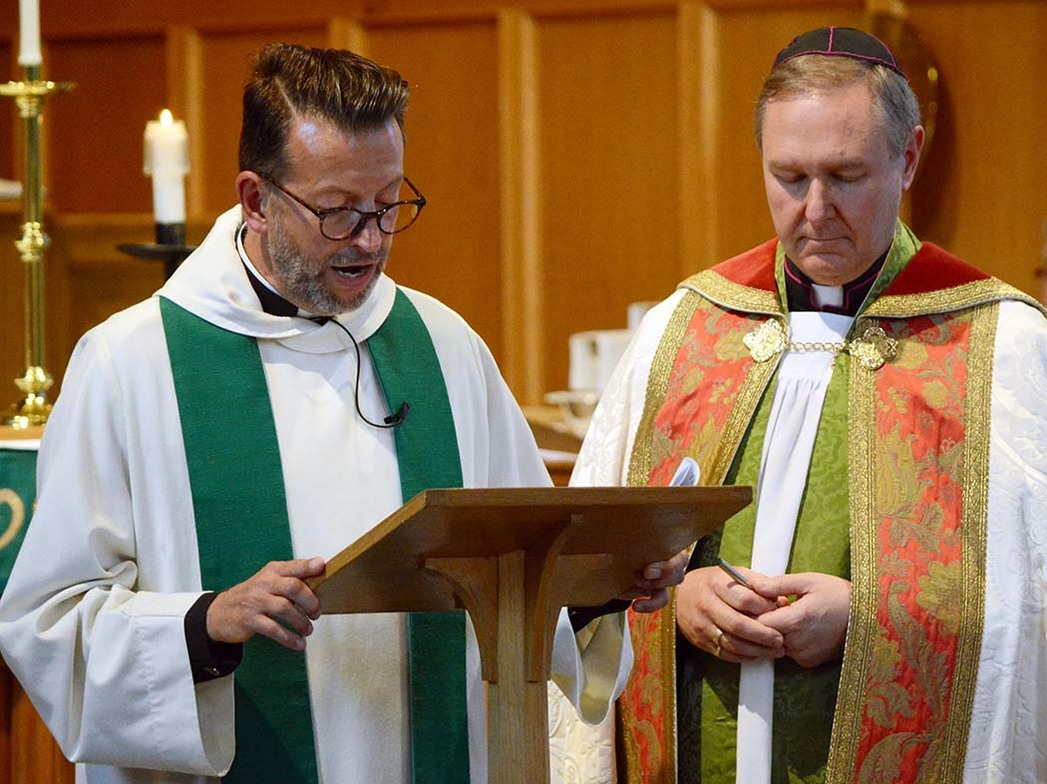 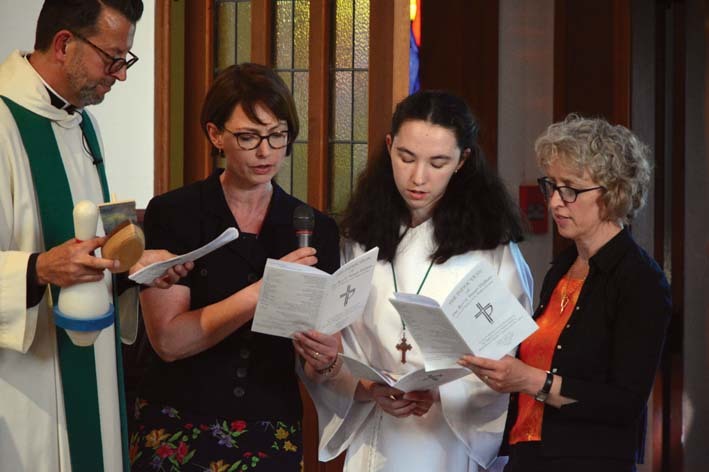 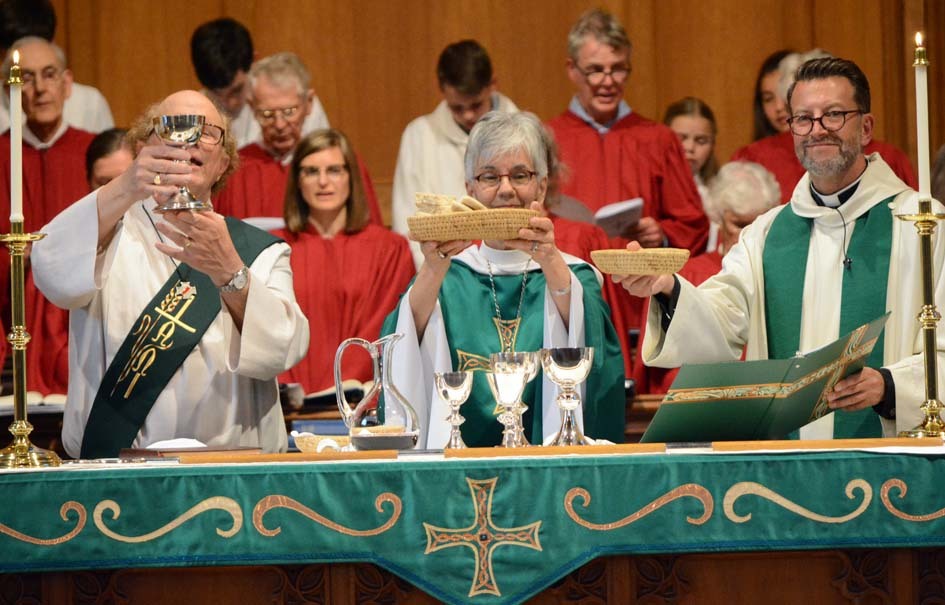 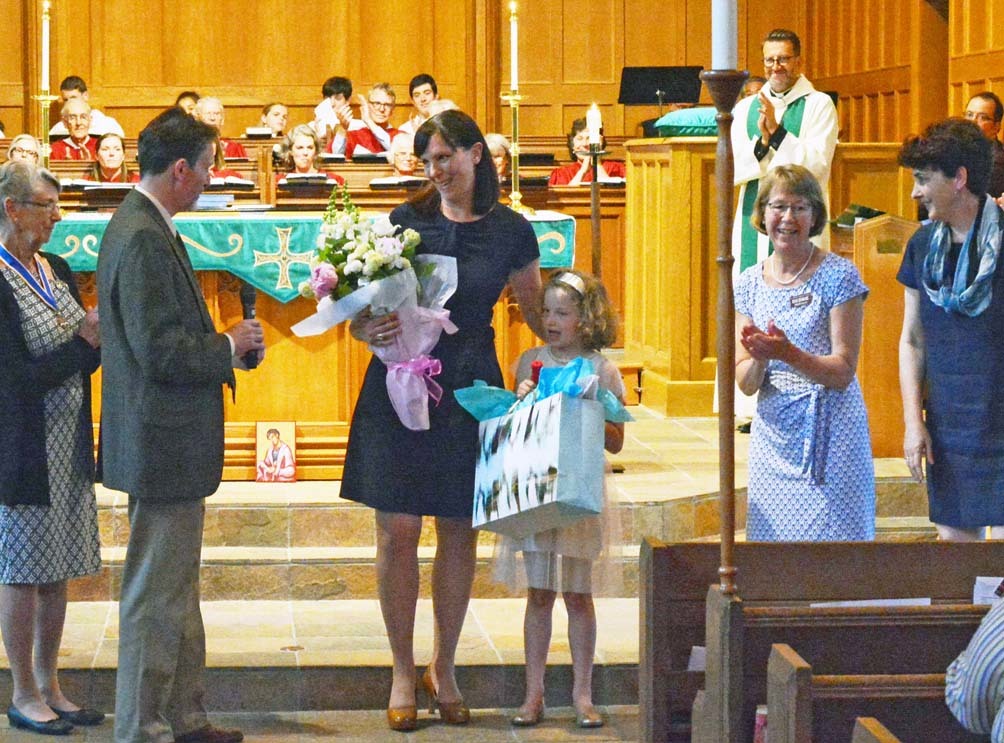 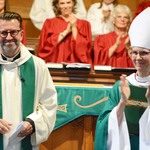 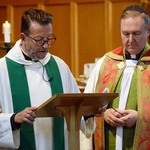 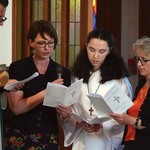 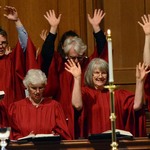 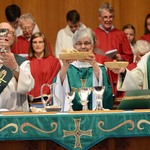 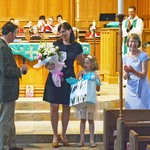 The Induction of the Reverend Stuart Hallam

as the 10th Rector of the Parish of St. Philip, Dunbar.

It was announced by the Executive Archdeacon of the Diocese of New Westminster on July 23, 2017, that the canonical committee of St. Philip, Dunbar had made a recommendation to Archbishop Skelton that out of the candidates short-listed and interviewed for the position of rector that they were extremely enthusiastic about the Reverend Stuart Hallam. Archbishop Skelton responded to the recommendation letting the committee know that if Rev. Hallam agreed to the parish’s offer she would be happy to appoint him. That was almost 10 months prior to the joyful, prayerful, intergenerational and music-filled Celebration of a New Ministry on Tuesday, May 22, which has now united the Reverend Stuart Hallam, a priest from the Church of England and most recently the Royal Marines Corps Chaplain in shared ministry with the Dunbar parish.

It has been a long wait since former rector, the Venerable John Stephens resigned to begin his new ministry as rector of St. John’s, Shaughnessy in the early spring of 2016, but during that time the parish has been well-served by the Venerable John Bailey, priest-in-charge from April 1 to October 31, 2017, the Reverend Canon Harold Munn, November 1, 2017 to April 30, 2018 and assistant curate, the Reverend Clare Morgan who began her curacy as a transitional deacon following her ordination in June of 2015, until the completion of her ministry appointment at St. Philip’s, June 4, 2017.

Rev. Hallam’s accomplishments in ministry and leadership are many and impressive, however a quick “Google-search” produces some additional information about the new rector. According to WIKIPEDIA – The Free Encyclopedia, Reverend Hallam is “one of the handful of Commando Trained chaplains…his progress through the Commando Course and his struggle to overcome injury were featured on the television program, Chaplain RN.”

This Celebration of a New Ministry featured a broad blend of liturgical styles all of which meshed together perfectly. Director of Music, Michael Murray assembled along with priest-in-charge, Harold Munn and Archbishop Skelton a varied repertoire that included trumpet fanfares, cello and piano during the Eucharist, his own setting of Psalm 146 and a variety of congregational hymn and mass setting styles (complete with some choreography during “The Trees of the Field” the Offertory Hymn).

Archbishop Skelton was the preacher and she took the Gospel, John 15: 9-16 for her text. She began with a story about a four year old in a breakfast restaurant who gets quite perturbed that it is taking so long for an order of strawberry pancakes to be brought out to the table. But the focus of her sermon was really about how waiting and expectations can become problematic. Early in her homily she said,

“when the long awaited person or event or even pancakes arrive, they can never really measure up to the expectations we are ready to lay upon them. Waiting and the expectations that come with waiting can be very, very tricky.”

And then Archbishop Skelton unpacked the message in the Gospel that addresses this all too familiar situation,

(Archbishop Skelton’s sermon is available here in various formats on this website.)

The Covenant in Ministry at this liturgy was a little different than most in our diocese. Following the description by the Executive Archdeacon, the Venerable Douglas Fenton of the process by which the new priest had been chosen, the Oaths and Subscriptions, and the examination by the Archbishop, all participants in the presentation of the various symbols of ministry of the whole people of God section gathered around the altar at the chancel entrance. The new rector accompanied by M.C., the Reverend Hyok Kim who was charged with mic duties, moved around the assembled line for the presentations. A notable presentation was a bowling pin from the representatives of the Youth and Church School teachers as there is a bowling alley in the St. Philip’s basement. A presentation of an Icon of St. Philip by the canonical committee was a fitting symbol and a legacy of the work that committee had accomplished.

At the conclusion of Holy Communion and prior to the Episcopal Benediction and the Closing Hymn, “Christ Is Made the Sure Foundation”, the four wardens of the parish: Craig Wilson, Diana Bragg, Charlotte French and Debbie Matheson asked that Rev. Hallam’s partner, Laura and their daughter Matilda gather with them at the chancel entrance for a presentation of flowers and gifts welcoming them to the St. Philip’s family.

Please keep Stuart, Laura, Matilda and the laity and clergy of the Parish of St. Philip’s, Dunbar in your prayers as they embark on this new journey in mission and ministry together.

For more photos and captions please visit Anglican Conversation, the Facebook page of the Diocese of New Westminster.