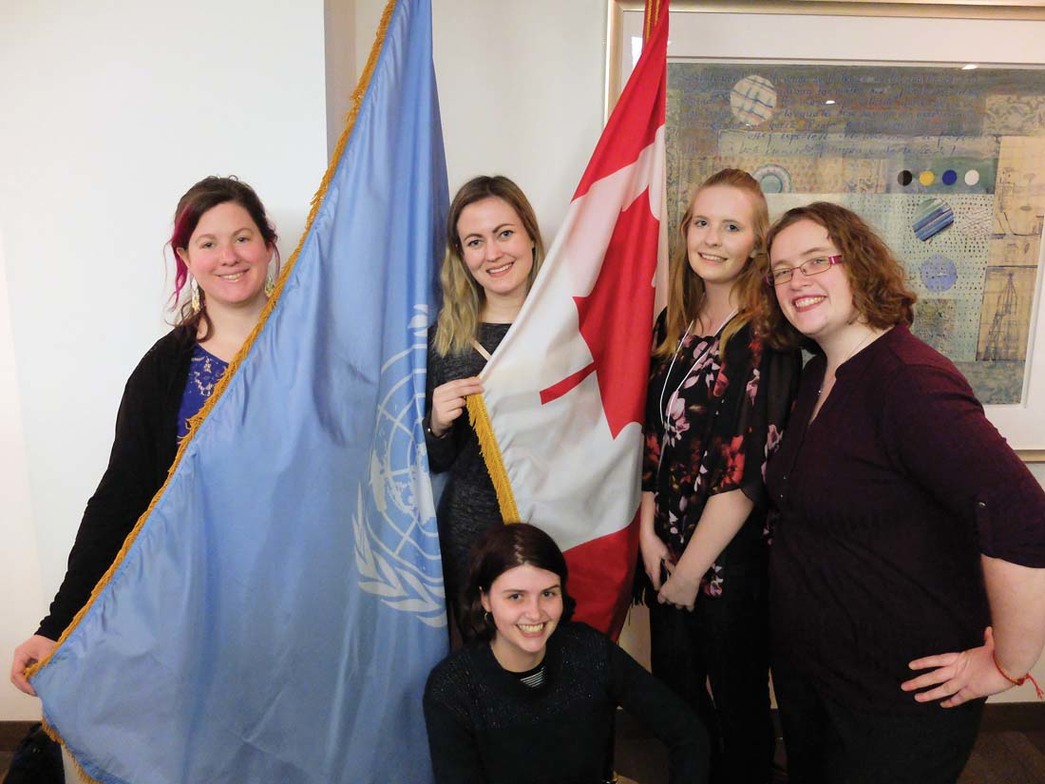 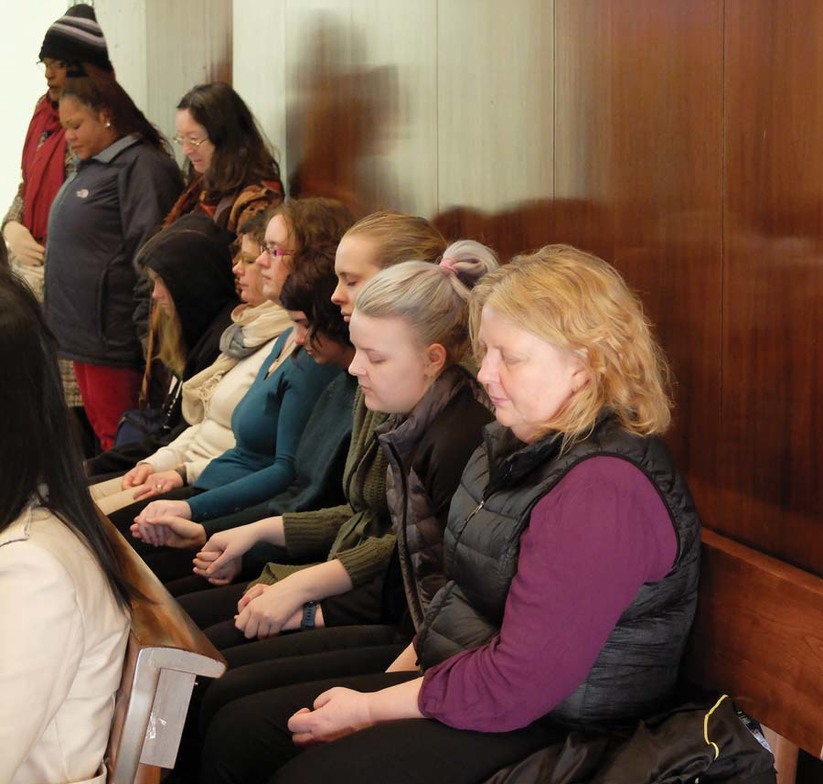 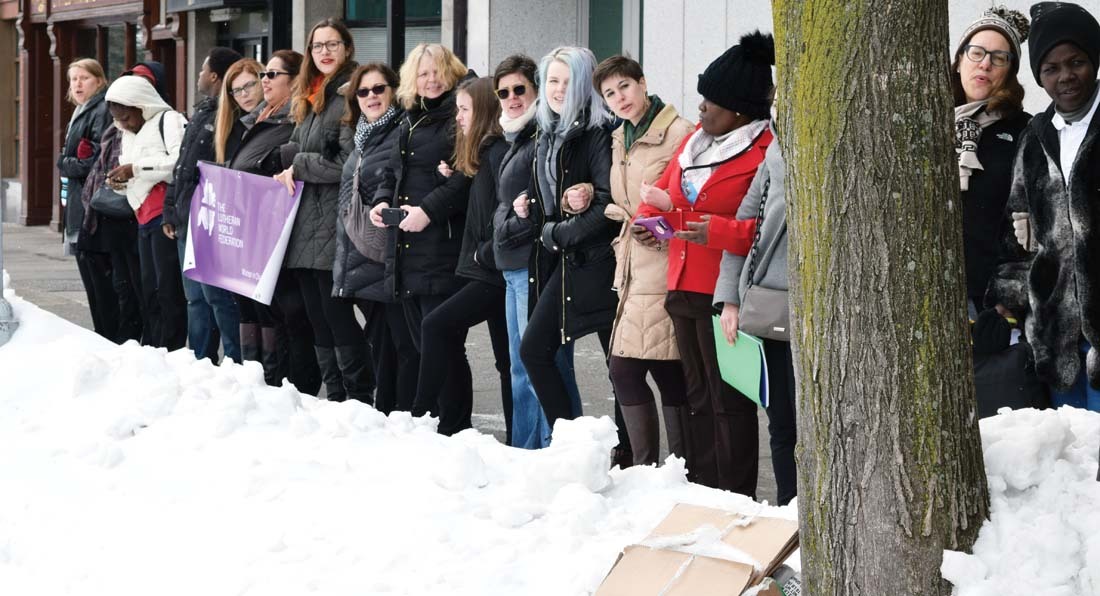 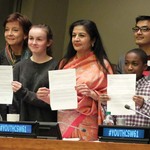 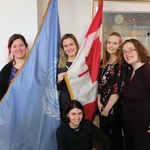 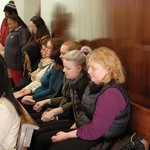 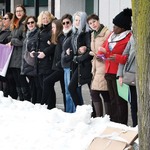 For two weeks each year around International Women’s Day on March 8th, thousands of delegates from governments and civil society gather at the United Nations in New York City for the annual Commission on the Status of Women. As part of civil society, faith based organizations such as the Anglican Church send delegates to participate in the Commission. This year, the International Anglican Women’s Network in Canada was represented by a delegation of 8 youth and young adults, and their chaperones at the 61st Commission on the Status of Women. Included in this group were 8 people from various parishes in the Diocese of New Westminster.

This represents a significant increase in the number of young people as a part of the Canadian Anglican group at UNCSW and represents continued growth in this respect for our diocese since we were first represented by teen delegate Evie Byrne in 2014. The Rev. Terrie Robinson, Director for Women in Church & Society at the Anglican Communion Office in London said this about why it is important to increase the involvement of young people in this event,

“It is essential that Anglican youth and young adults are enabled to speak into processes and decision-making that will have a significant impact on their lives and well-being, and to bring the formative values of their faith to a broader arena. Young people are under multiple pressures the world over but have the potential to bring hope and energy to transforming those things which would thwart their own human flourishing and the thriving of others - especially where they are given opportunities to advocate, network and learn from others.”

One of the most significant pieces of advocacy and learning that this group of young people participated in while in New York, was a meeting with a member of the staff of the Permanent Mission of Canada to the UN, Cameron Jelinski. This served as an opportunity for our group to share the issues from their own contexts in Canada, and from their experience attending events and session at UNCSW, which they believed Canada needed to be advocating for at this year's commission. In preparation for the meeting, the youth delegation prepared the following statement which they read to begin their conversation at the mission.

As Canadian Anglican Youth Delegates, we have come together to the United Nations Commission on the Status of Women, to observe, learn, and participate in the project of increasing women’s empowerment around the world and at home. We would like to use this opportunity to bring attention to the following issues that we as youth still feel need to be addressed. Based on our discussions with one another and delegates from around the world, our priorities include: Missing and Murdered Indigenous Women and Girls, Reproductive Justice, Sexual Health Education, and Gender and Sexual Minorities.

We want to highlight the need for Canada to ratify the UN Declaration on the Rights of Indigenous People as promised. We believe Canada should prioritize listening to indigenous families, voices, women, and scholars and incorporating their needs, insights, and leadership into the action and research done.  As indigenous advisors have suggested, we strongly believe in prioritizing the accountability of law enforcement at the levels of individual officers and policy.

Reproductive health services have been highlighted as a key priority for the Trudeau government. Currently New Brunswick continues to break federal Canadian law with it's abortion restrictions and has created a two-tiered medical system where wealthy people have access to private services that the largely low income population of New Brunswick does not. Not only are people forced to pay out of pocket for services that the province is legally contracted to provide and make accessible, when they can't they are forced to travel across borders, or attempt highly dangerous DIY solutions.

We also want to highlight the need for a national prescription coverage plan in order to make birth control more accessible. Birth control in Canada is not accessible to many people, including teenagers. Teenagers have less access to medication for financial reasons and because of physical barriers which make it more difficult for them to get to a doctor or access parent's medical insurances while maintaining confidentiality.

Another part of reproductive justice is ensuring that people can raise their children in safe and supportive environments. Child and family services across Canada too often spend resources removing children from their families instead of prioritizing supports for families to stay together. Child removal policies criminalize poverty and most often affect indigenous, racialized, poor and single parent families. We want to encourage the government to respond to the Canadian Human Rights Tribunal's ruling from January 2016 concerning its provision of services to indigenous children, and increase funding levels until these children and youth have equal access to all other young Canadians.

Other members of our group are also concerned with access to sex positive, knowledge based sex education and are concerned at the clear and unjust disparities between provinces and their approaches, resources, standards for sexual health education. The lack of accountability of provinces in the provision of sexual health education and the very different realities that young Canadians face across the country are inexcusable and easily fixed with a little political will. Sex education should be inclusive of the experiences of people of all genders, sexualities and levels of ability. It should be sex positive and fact based. It should include discussions of consent and how sex should feel good both physically and emotionally.

We support Bill C-16 which amends the human rights act to include gender identity and gender expression to the list of prohibited grounds of discrimination. This bill provides vital protection for queer and trans communities. Currently, queer youth are disproportionately represented amongst homeless youth and youth in care. Intersectionality must be a part of addressing issues faced by gender and sexual minorities since indigenous, racialized, and disabled youth who are queer and trans face increased risk of violence, poverty and discrimination.

Aili from St Brigid's and other youth delegates from around the world, present the outcome document from the CSW Youth Forum to notable guests including Denmark's Equal Opportunity Minister and Canada's Minister for the Status of Women, Maryam Monsef and the deputy Ambassador to the UN Commission on the Status of Women, Lakshmi Puri.

Jessi, Alicia, Ceilidh, Willow and Sierra pose with the UN and Canadian flags at the reception held by the Canadian Mission to the UN.

Members of the youth delegation link arms with other delegates at Ecumenical Women's public witness event, Link Up to End Gender Based Violence.