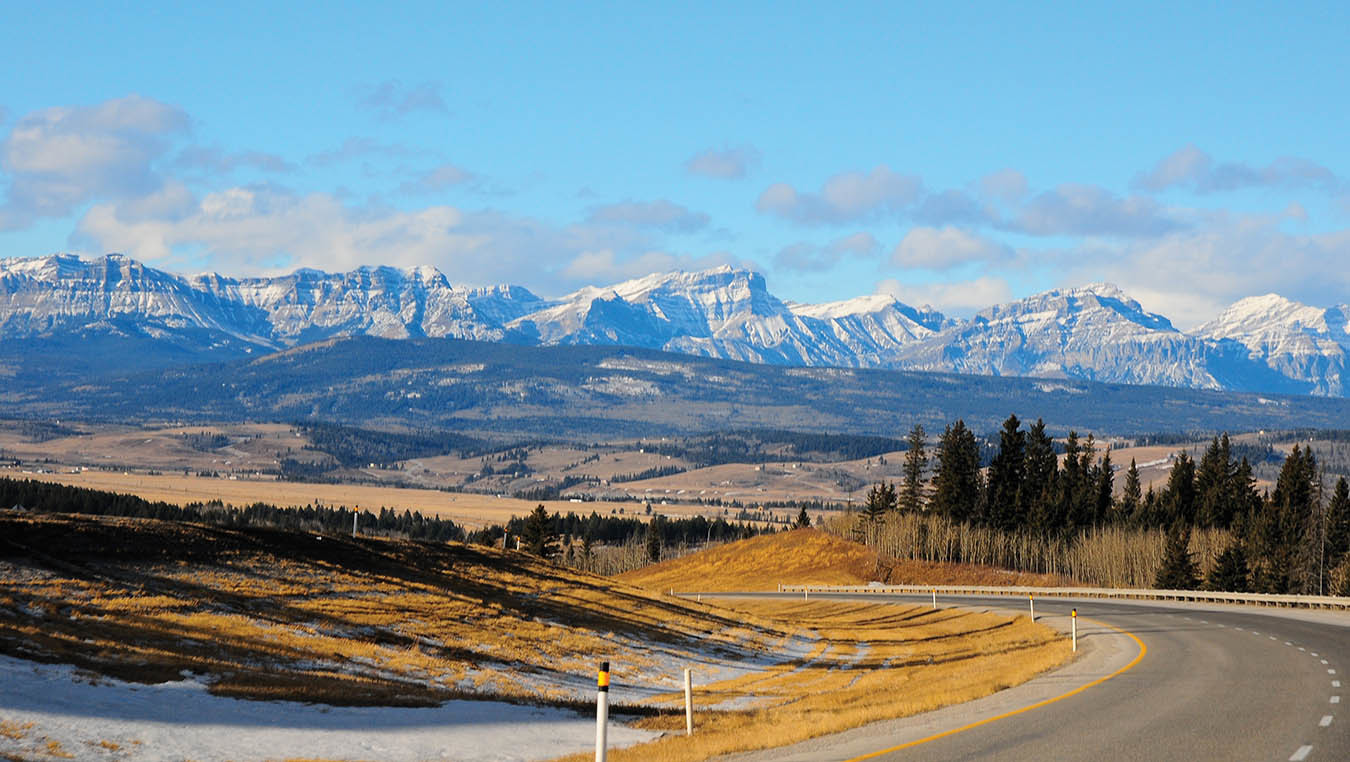 During our years at the Anglican Parish of Christ Church, Elbow Park in Calgary, I used to take Monday as my day off.  Sometimes, my wife Paula and I would drive west to have lunch in the Rundle Lounge of the Banff Springs Hotel.  I used to think of the experience as enjoying the best burger in the world while looking out on the finest view in the world.

There is a very special point on that drive.  As you drive west through the Foothills, you ascend a kind of vast staircase.  Three times you come over a rise and there are the Rockies, blue and white and stretching from one end of the horizon to the other.  I remember I used to think of them as the ramparts of a magic kingdom, impregnable and unassailable.

The last rise before the descent down Scott Lake Hill to Morley Flats is breathtaking.  It’s as if the mountains that seemed infinitely distant have suddenly leaped forward to form a massive wall of rock pierced by valleys that call you into them.  Whenever we came over the brow of that hill and gazed upon this vast and ruggedly beautiful panorama, a peculiar thing would happen.  I would have an unmistakable, unavoidable sense of having seen this scene long ago.  Obviously, that was impossible.  So what was going on?  I didn’t believe in reincarnation.  But the feeling of déjà vu was palpably present every time we took that drive west.

Then one day it came to me.  I don’t know why it happened on this particular occasion.  I can only assume that I had subconsciously buried a childhood experience with overtones of fear and loneliness.  However, the moment of remembering was wonderfully liberating, because it solved a tantalizing mystery in my life.

When I was nine, I became seriously ill.  I’ve never been quite sure what the condition was.  I do know that my parents were deeply worried.  I have vague memories of dark dreams, of crying out, of being held by loving parents in the night hours.  I was kept to my room for about two months.  Every day, my mother would hang a sheet on the door soaked with some sort of disinfectant.  In that long-ago south of Ireland of the nineteen thirties, medicine was very limited in what it could do.

Two months is a long time for a nine-year-old to be a prisoner of his bedroom.  Fortunately, I received a constant supply of boys’ magazines, comics, adventure stories, hard cover books, in fact books of every kind, all of which I devoured.  Those bedridden weeks probably laid the foundations for a long lifetime of obsessive reading.

But then one very special present came.  Somebody in my class at school had received a gift from an infinitely far-away Canada.  In those days, it was a recent and fascinating invention.  It was called a View-Master.  There in its box was the viewing unit.  Stored with it were some small cardboard discs with tiny pieces of colour film set into them.  Each circular card held seven different views of a Canadian landmark or tourist attraction.  My goodness, you would not believe how thrilling those views of Canada – especially Western Canada – were!  They were crystal clear when you held the viewer to the light, and the mountains and valleys and rivers stood out with marvellous, three-dimensional clarity.

So now you know why many years later I would come over the rise of Highway 1 and be mysteriously affected by seeing this wonderful panorama.  In a sense I had indeed been here before, in the long-ago land of childhood.

Recently, a friend added a whole other layer to this part of my life, by pointing out that someone else had stood at this same point on one of those great exploring journeys that opened up the west.  In November, 1800 David Thompson gazed out from this hilltop and marvelled at this panorama.  Here is what he wrote in his Journal:

“To the westward, hills and rocks rose to our view covered with snow, here rising, there subsiding.  Never before did I behold so just, so perfect a resemblance to waves of the ocean in the wintry storm.  When looking upon them and attentively considering their wild order and appearance, the imagination is apt to say, these must once have been liquid, and in that state when swelled to its greatest agitation, suddenly congealed and made solid by Power Omnipotent.”

What a gift Thompson had for writing, not to mention a soaring imagination!  Reading that excerpt from his journal makes it even more thrilling to drive west, swept along on today’s great highway through Morley lands and along the Canmore Valley.  Yet another of the many gifts we received from our years of ministry in Calgary.

SIDEBAR: In addition to his new book of memoirs, I Will Arise and Go Now (available in bookstores everywhere), Herbert O’Driscoll has recently published privately a small collection of reminiscences from his time as rector of Christ Church, Calgary from 1984 through 1992, entitled Echoes of Elbow Park: Memories of Ministry.  This month’s column is from that collection, which can be ordered for $10 (including shipping and handling) from ianalexan@gmail.com.