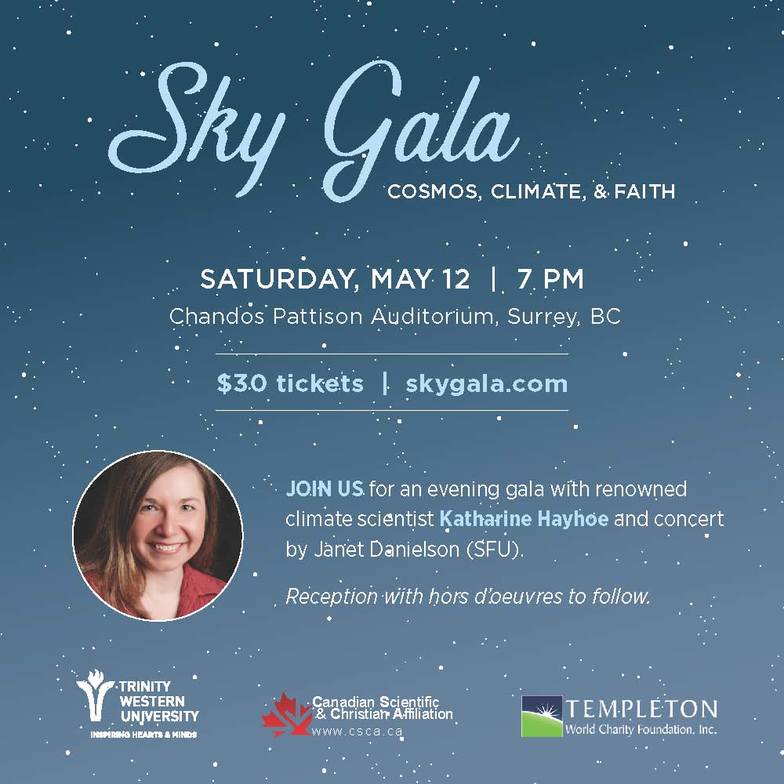 Katharine Hayhoe is one of the world’s top climate scientists, and she is an evangelical Christian. Originally from Ontario, she now directs the Climate Science Centre at Texas Tech University and was named one of Time Magazine’s 100 most influential people of 2014. She articulates the heart issues, not only the science. She is well-known for her excellent public outreach (e.g. “Global Weirding” on PBS), her scientific work, and her engagement with regional and national governments on mitigating the effects of climate change. In addition to Katharine’s talk on Faith & Climate Change, this evening gala includes the Isotone Ensemble (Oak Ridge, TN) performing “Six Pieces of a Reverberant Cosmos,” composed by Janet Danielson (SFU). Followed by a reception with hors d’oeuvres!