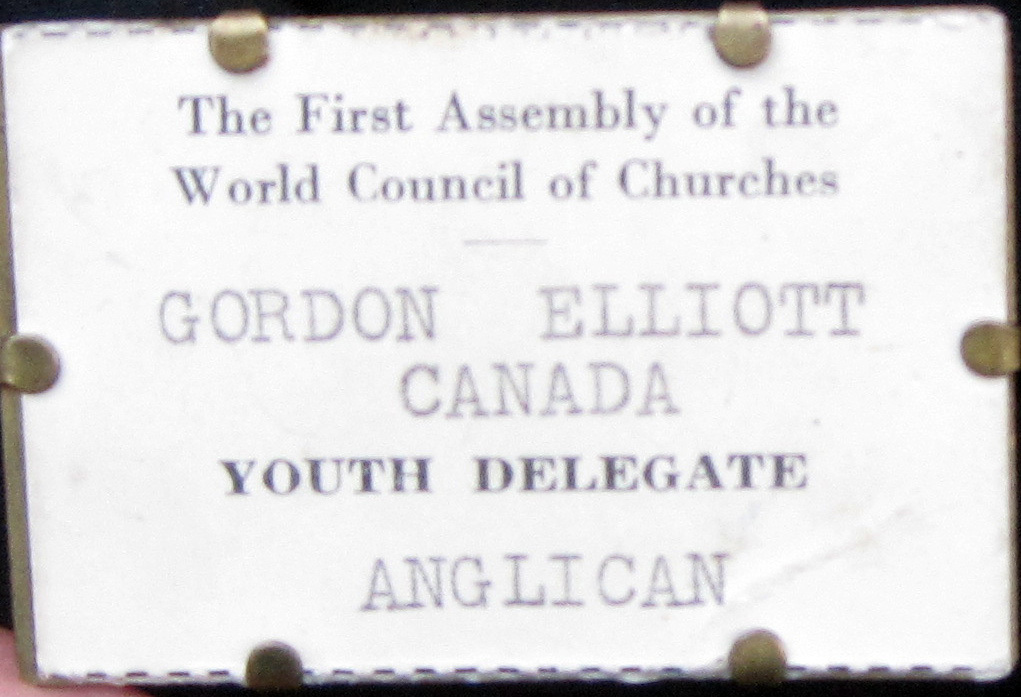 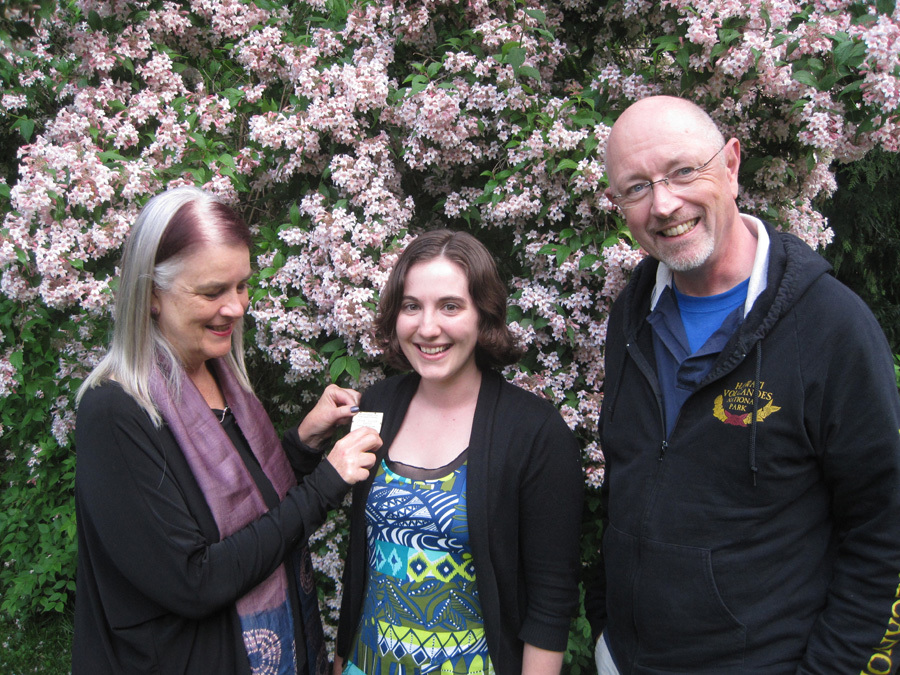 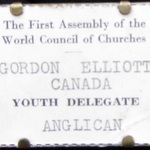 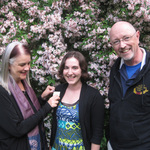 Melissa Green, Program Coordinator at Sorrento Centre, is one of three Anglican Church of Canada delegates to the upcoming World Council of Churches Assembly, Oct. 30 to Nov. 8 in Busan, Republic of Korea. Dean Peter Elliott of Christ Church Cathedral Vancouver and his sister Anne (who lives at the Sorrento Centre with her husband Dr. Christopher Lind, the Executive Director of the Centre) met with Melissa in June and presented her with their father’s (Gordon Elliott) name tag from l948 when he was a youth delegate to the First Assembly of the World Council of Churches (WCC) held in Amsterdam.

This year marks the 65th anniversary of the WCC. After the initial successes of the Ecumenical Movement in the late 19th and early 20 centuries, including the Edinburgh Missionary Conference in 1910, Church leaders agreed in l937 to establish a World Council of Churches, based on the merger of the Faith and Order Movement and Life and Work Movement organizations. The official establishment of the WCC was deferred with the outbreak of World War II until August 23, l948.

Gordon Elliott was Dominion President of the Anglican Young People’s Association (AYPA) and in this capacity he attended the first WCC. A long time lay-leader in the Anglican Church, Gordon was installed as a lay Canon of Christ’s Church Cathedral in the Diocese of Niagara in 1992. The 1948 WCC was a life changing event for Gordon.


Throughout his distinguished professional career in business and industry it was the health and life of the church that mattered most to him: he had a broad and progressive view of the church and its mission and sought to share that vision. After Gordon’s death, Anne found and kept his name tag from the 1948 conference. Finding the tag brought back vivid memories of her father’s many stories of the inaugural meeting in Amsterdam. In consultation with her brothers, Tim and Peter (both Anglican clergy), Anne approached Melissa about wearing the name tag for one day while in Korea to acknowledge the first Assembly their father attended in 1948. Melissa agreed with this idea saying it would make for great conversation, when people looked at the name tag!

The Assembly this year will work under the theme, “God of life, lead us to justice and peace”, and will include 825 delegates from more than 300 churches.

The Reverend Ka Hyun MacKenzie Shin, deacon at St. Stephen the Martyr, Burnaby and her husband Roddy MacKenzie are attending the 2013 WCC. They have been granted media accreditation and will be supplying diocesan communications with some stories and images from the conference.

Images: Top and homepage, Anne Elliott pins her father’s 1948 WCC badge on Melissa Green. The Very Reverend Peter Elliott is on the right. Below, The badge (Photos by Thomas Alexander Roach)