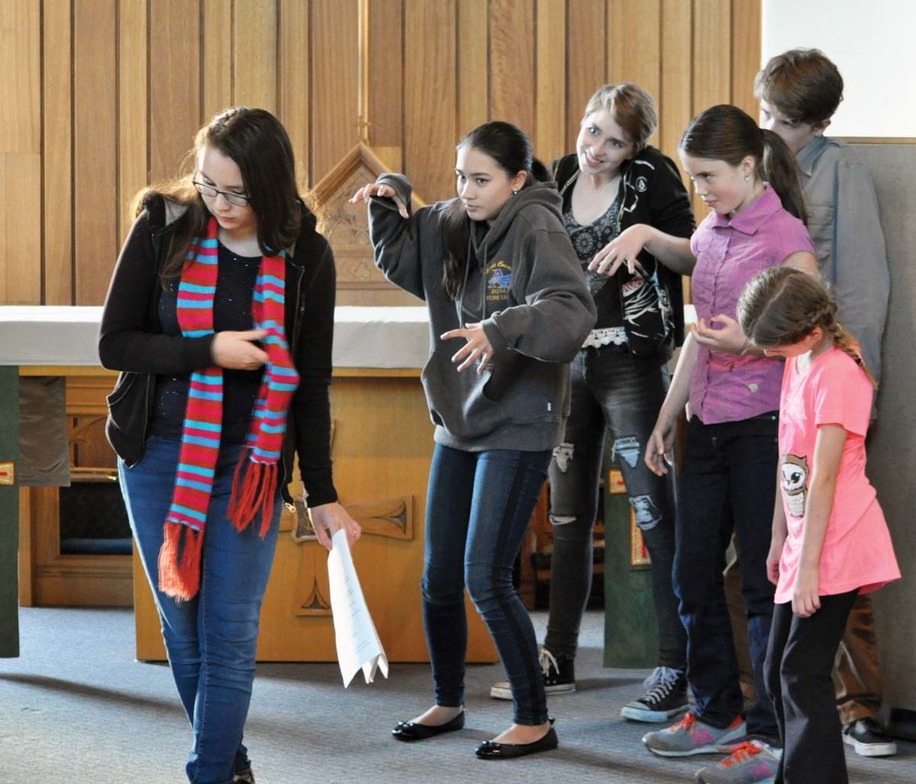 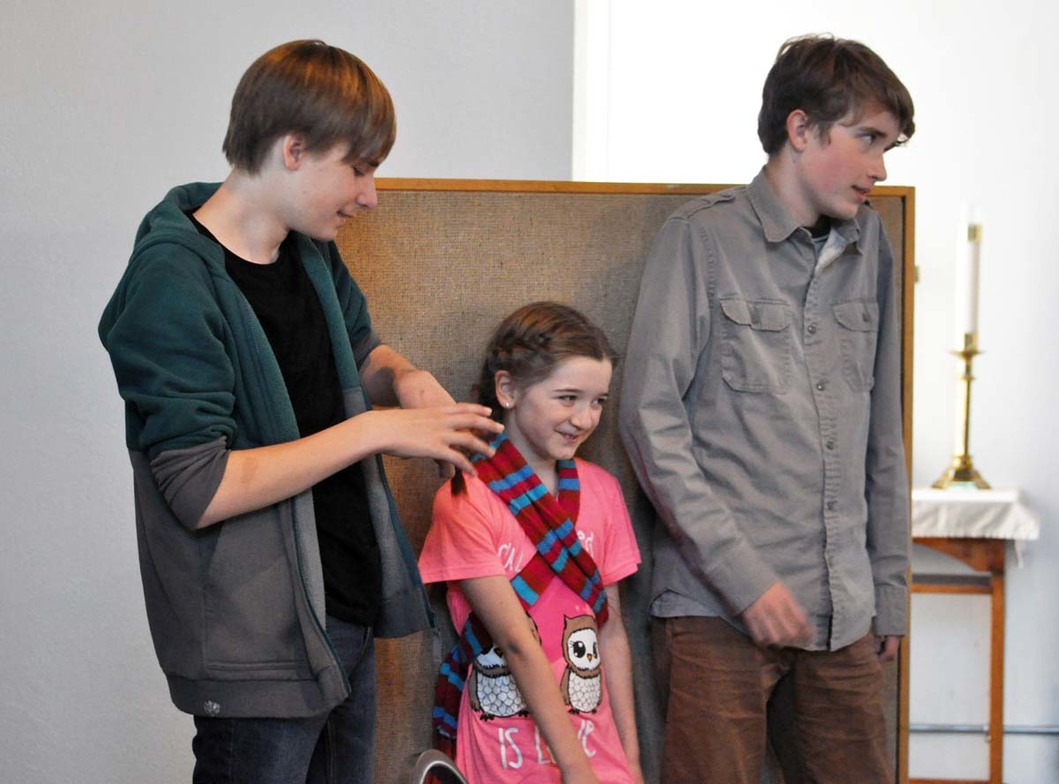 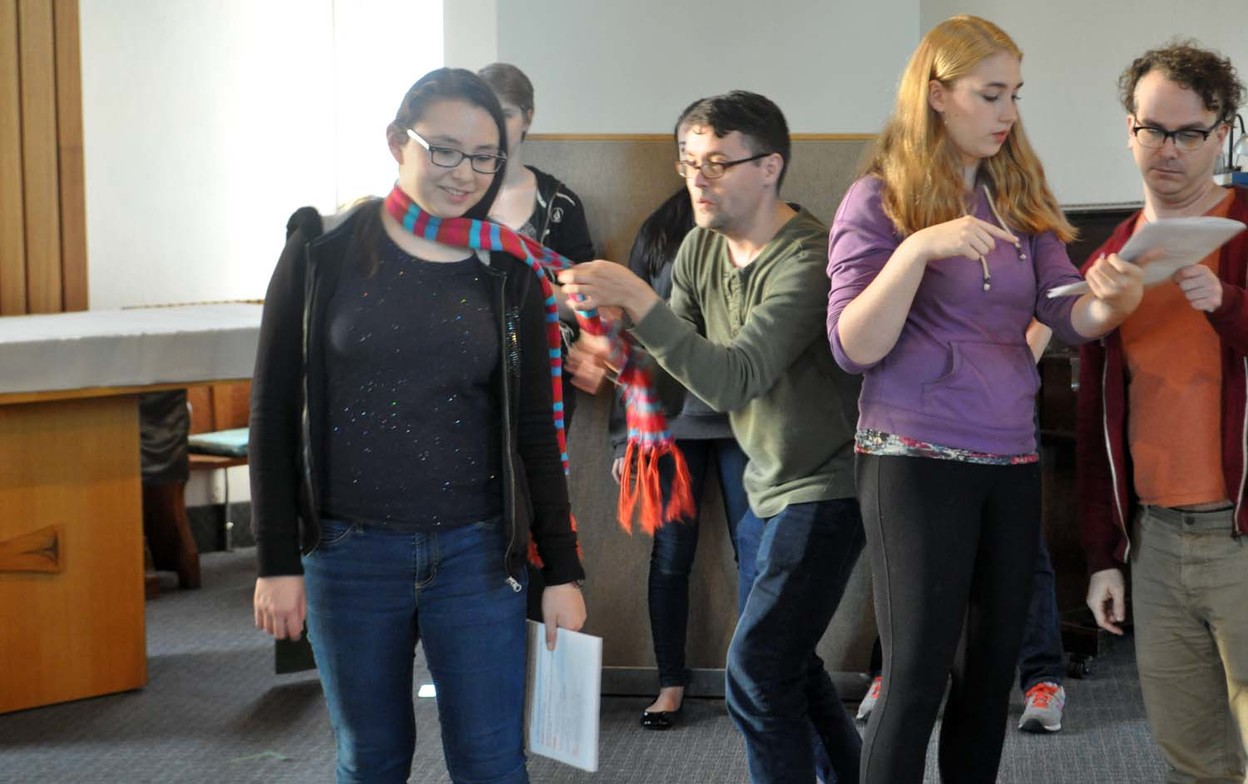 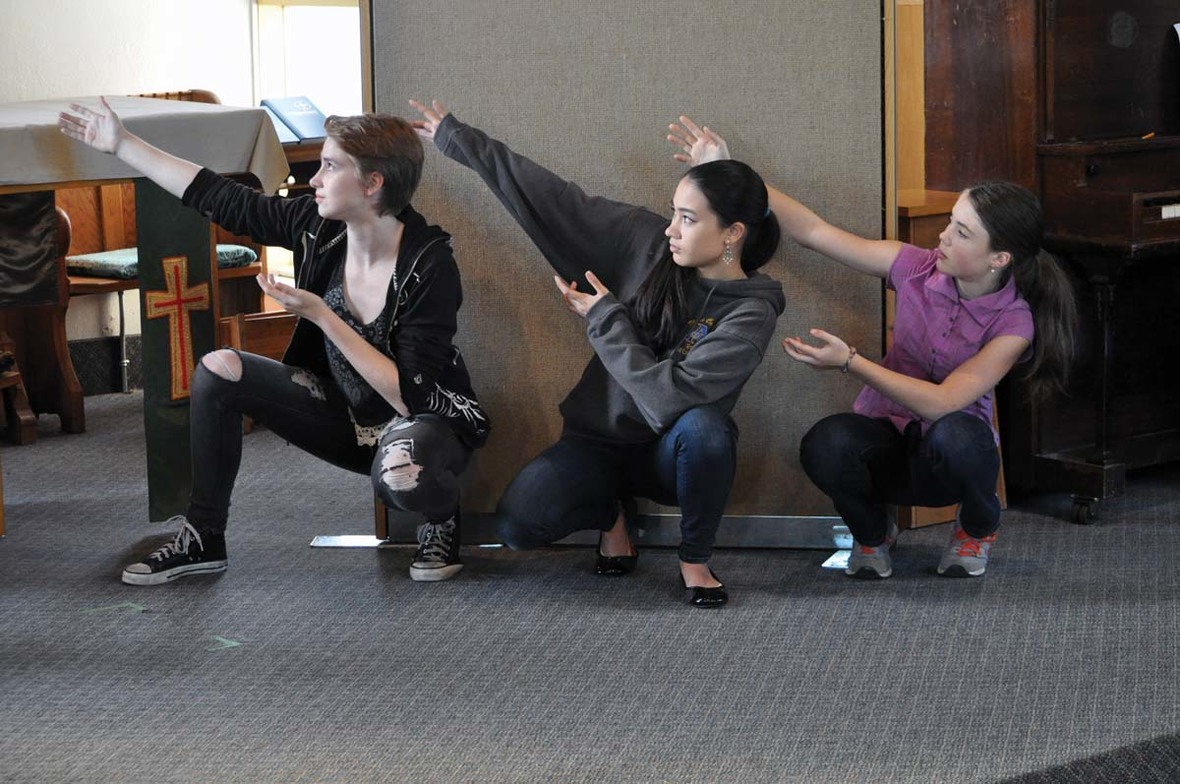 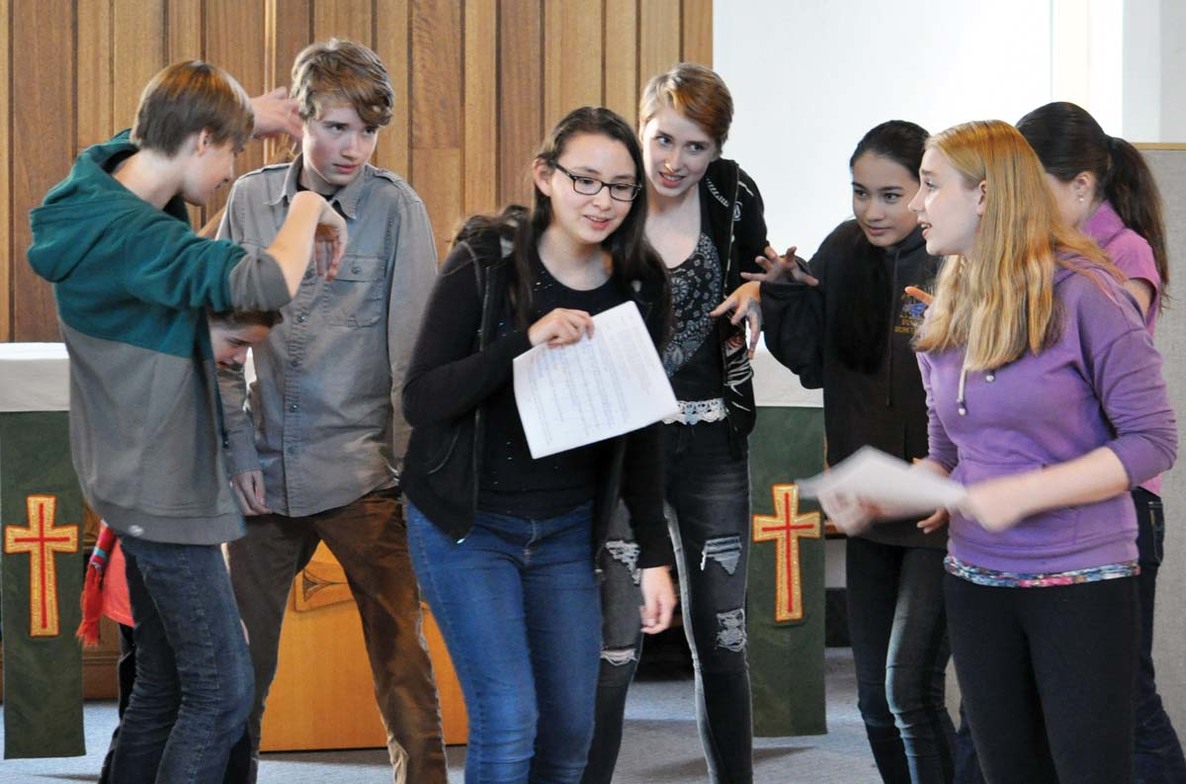 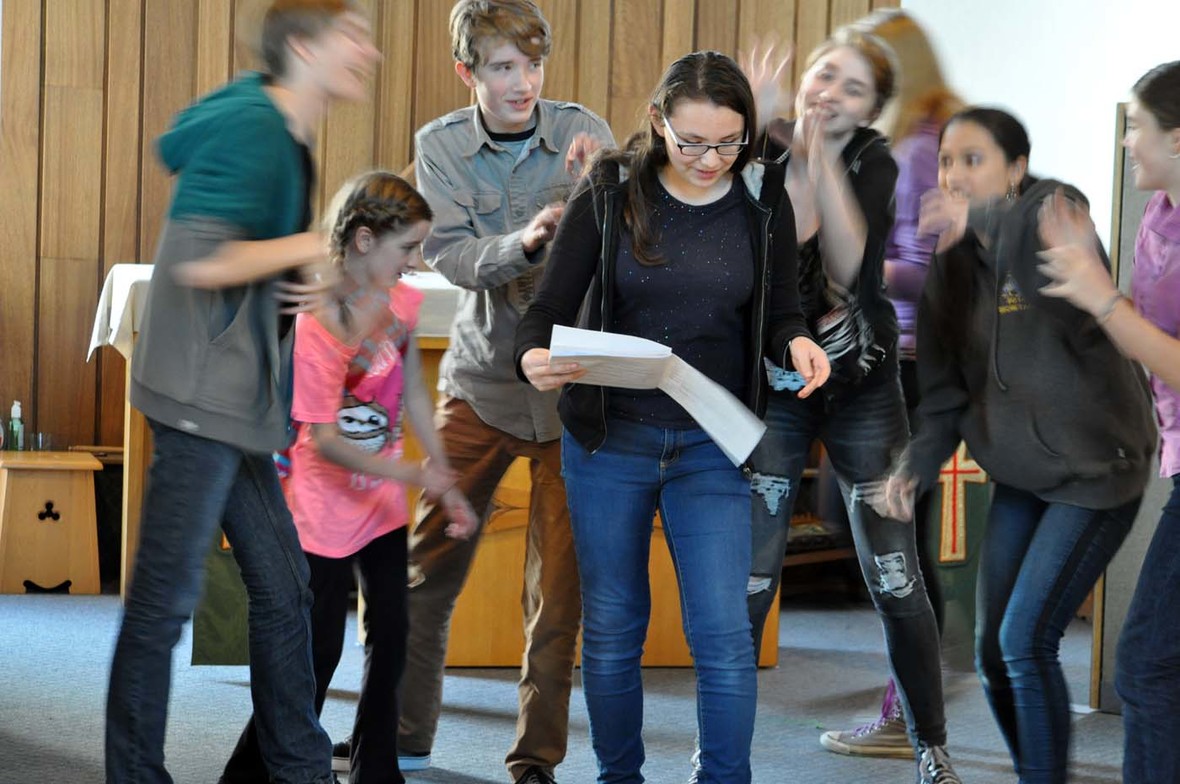 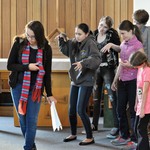 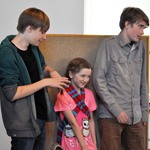 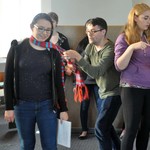 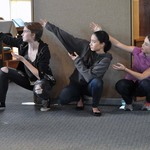 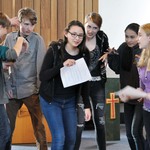 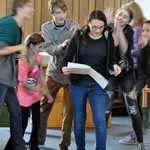 Three weeks into rehearsals and things are progressing smoothly. We have a strong cast of 10 youth from within the Diocese who have performed together in various Diocesan Arts Ministry productions, including Joseph and the Amazing Technicolor Dream Coat, performed in 2013, and the most recent Arts Ministry production, Oliver! this past spring, along with some newcomers as well. We began rehearsals by getting to know each other by acting out a book each of us were in the process of reading, improvising scenes, acting out emotions, copying each other’s behaviour, and trying to out-gross each other at a bus stop.

Cast selection was difficult as each performer brought many of their own strengths and versatility in both singing and acting. Half of the cast members performed in the first Diocesan Arts Ministry production of A Christmas Carol in 2013 at St Augustine’s Anglican Church in Marpole, and have the opportunity to try out new characters this time around. As our ghosts, Ben Hutchings will be performing Jacob Marley, Emma Jang as the Ghost of Christmas Past, Christopher Mortenson and Adana Avon will be performing the Ghosts of Christmas Present, and Myriam Dykstra as the Ghost of Christmas yet to come. Claudia Hill will be playing Cratchit, a hardworking single mother of a sickly yet hopeful Tiny Tim, played by Margot Hutchings. Fezzywig will be performed by Arwen Loh, Harriet Dykstra will be playing the always gleeful and optimistic Fred (Winifred), Scrooge’s only living relative, and the curmudgeonly Scrooge will be performed by Anika Robertson. With this small ensemble cast everyone gets a chance to shine in their own solo or duet.

A cast of primarily female performers generated interesting challenges in this year’s production. Each performer was given a choice as to how they would like to perform their character, as a man or as a woman. Previous productions of A Christmas Carol have also seen gender swapping and gender flexibility; this has worked well as the characters were written in a way that allows for flexibility in gender norms. For example, Cratchit has been portrayed as both a single mother and as a single father. However, Scrooge has always been portrayed as, and performed by a male person. This new dynamic of having a female cast member portray Scrooge as female in the modern retelling of this classic story, unintentionally challenges not only gender norms but also heteronormativity.

This is the third time A Christmas Carol will be produced by the Diocesan Arts Ministry and each time brings new focus to the issue of affordable housing in the Lower Mainland in a modern retelling of Charles Dickens’ classic novella. In this year’s production Phil Colvin, the creative genius who adapted the story, has highlighted issues of affordable housing in Burnaby and New Westminster. Hope to see you during one of our performances December 10 11, or 12, at St Timothy’s Anglican Church in Burnaby, and spread the word.