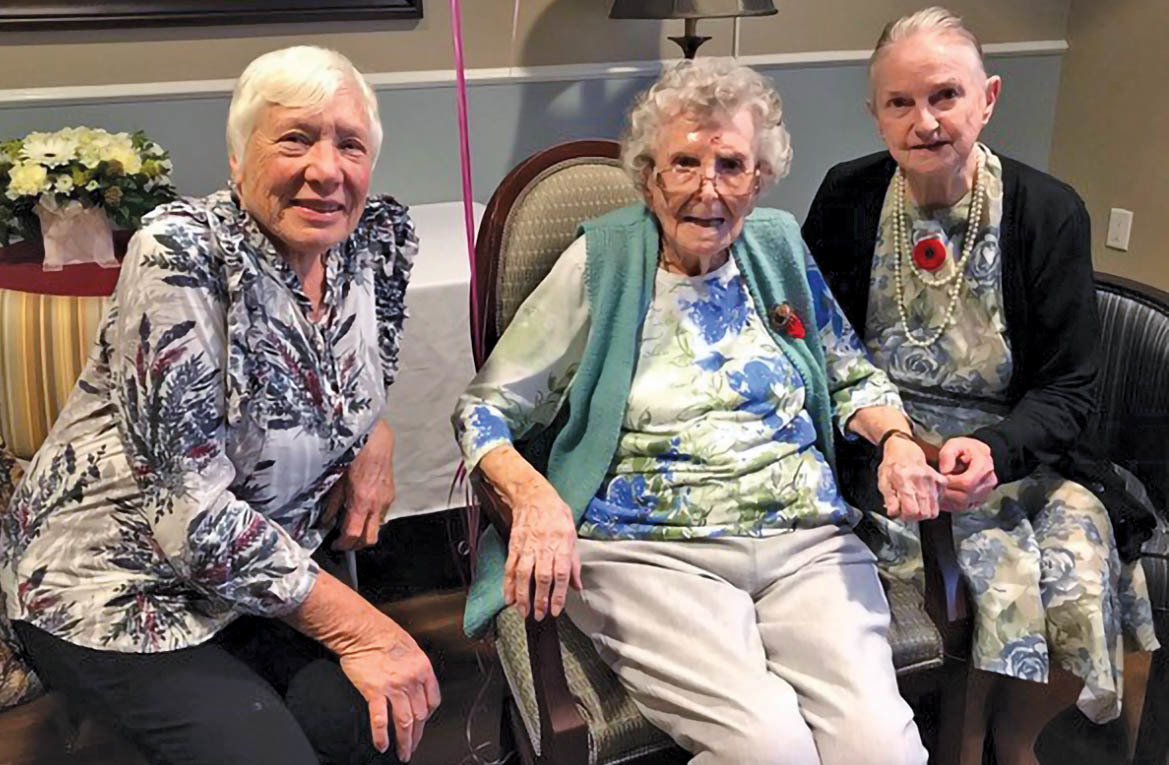 Kay was a role model for a loving, unselfish, giving member of the church.

Born in Vancouver, Kay’s mother died when she was very young. Returning from England, where she’d visited relatives with her father Thomas, they met a young woman named Agnes who was emigrating to Niagara, Ontario. Soon after this, Thomas wrote to Agnes, proposing to her - and she came to Vancouver to become Kay’s loving stepmother.

Living at home, Kay worked as a secretary and enjoyed gardening with her father. Following his death, she continued to live with Agnes. It was only later in life that she learned to cook, as Agnes was the cook in the family and Kay was the gardener. She never forgot a birthday - as her 8 nieces and nephews and five great nieces and nephews can attest.

In Vancouver, Kay attended St Mary’s, Kerrisdale and was an active member of the Women’s Auxiliary, and as mentioned was awarded a Life Membership for her service.  She is one of only two remaining Life Members - an honour which was not continued when the Women’s Auxiliary became the ACW. When she moved to North Vancouver, she became a member of St. Martin’s.  Her commitment to the ACW at both the parish and diocesan level included serving as Diocesan ACW Secretary and then as President of the Diocesan ACW from 1984 to 1987.

Even in later years she remained involved at the diocesan level almost until her death.  She took responsibility for the Campbell’s Soup Label ministry which raised money for the School for the Deaf until Campbell’s concluded that initiative and she also managed the collection of pop can tabs for the BC/Alberta Guide Dogs.  Kay was a great knitter, and her many knitted dolls travelled around the world - from local hospitals to missions in Africa.

A long life well lived - rest in peace thou good and faithful servant.