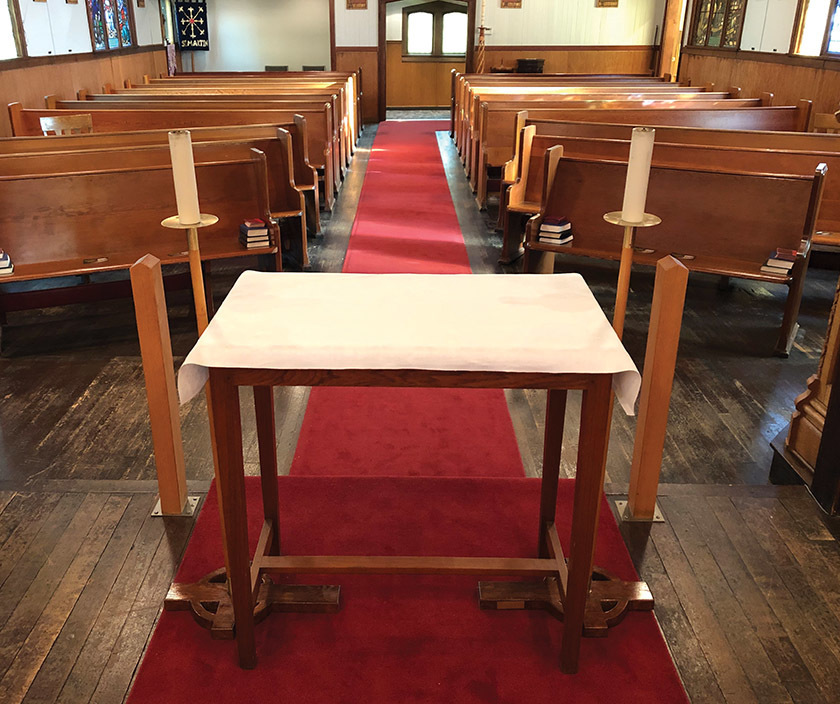 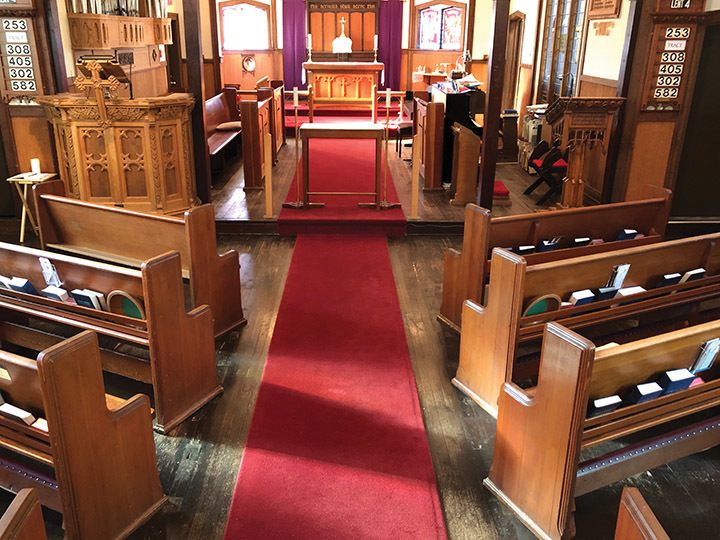 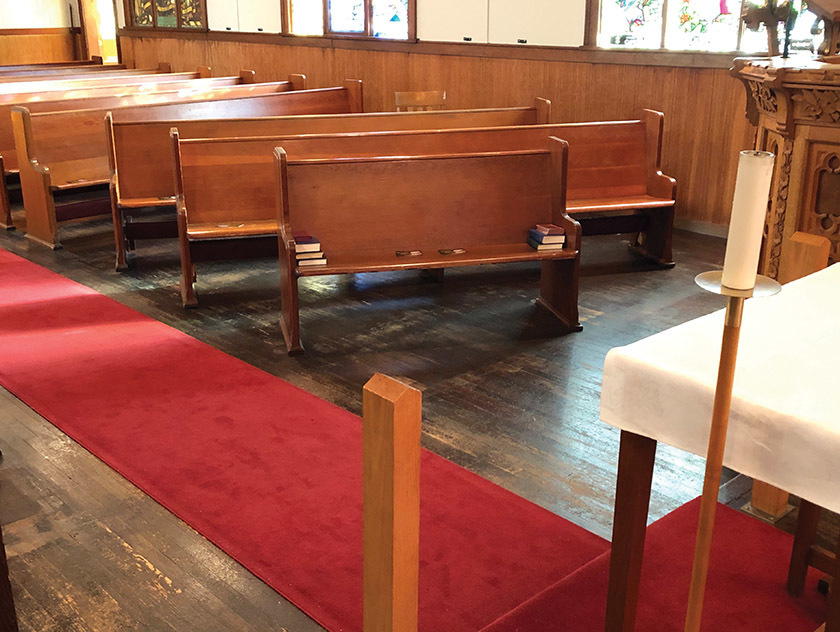 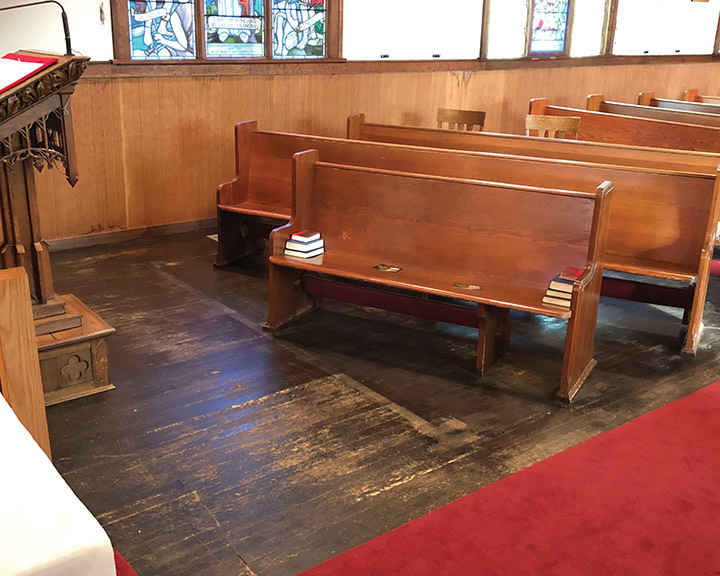 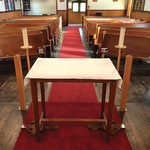 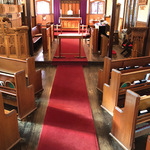 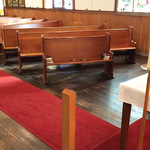 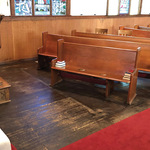 St. Martin’s, North Vancouver has a new floor plan! This past Vestry consensus of about 98% in favour was reached affirming the decision to make some changes to the church and worship space. The plan included using a portable ‘light weight’ altar at the chancel step and changing the first four rows of pews on either side of the nave to chairs in a semi-circle. This would be in place for a trial period of about six months. Following Vestry and in further conversation with parish leadership it was decided that the first step in this change would be to remove two pews on either side of the nave to make room for the remaining three pews to be angled to form a ‘V’ shape. This first step has resonated well with most parishioners, including some of those who were ambivalent about the changes in the first place.

This process began about a year ago when the rector, the Reverend Robin Ruder Celiz asked parish council, “Can the church space, nave, chancel and sanctuary, be used for more than Sunday morning worship?” Inevitably the answer was, “Yes.” This of course invited the follow up question, “What then do we need to do to make the church space more inviting and accessible for our needs as a parish as well as other Community Partners or Worshiping Communities?” In discussing these and related questions an idea emerged and a plan was designed to switch some of the pews to chairs and use a forward altar. In designing the current plan, the leadership team considered many floor plans from parish’s such as Christ Church Cathedral, St. Agnes’, North Vancouver, and in the Diocese of Kootenay, St. Andrews Kelowna and St. Michael and All Angels Cathedral, Kelowna.

While still a change, the church maintains the parish’s sense and value of tradition and beauty while making room for a fresh look and a future that is inviting and incorporating. While there are some who are hesitant about the change and even opposed to it, the majority of people have responded positively to the change. One parishioner, who initially was hesitant, stated that she, “loves it!” And immediately took pictures to show her family and will now be sitting in the new section. Others, who have for one reason or another been on the margins of the parish, commented that the church looks “bigger and more engaging.”   Moving forward, the plan is to have a trial period for this new look until September. During the trial period there will be opportunity for people to continue to provide feedback before the parish makes a formal decision.

Four images that outline the scope of the changes to the worship space.