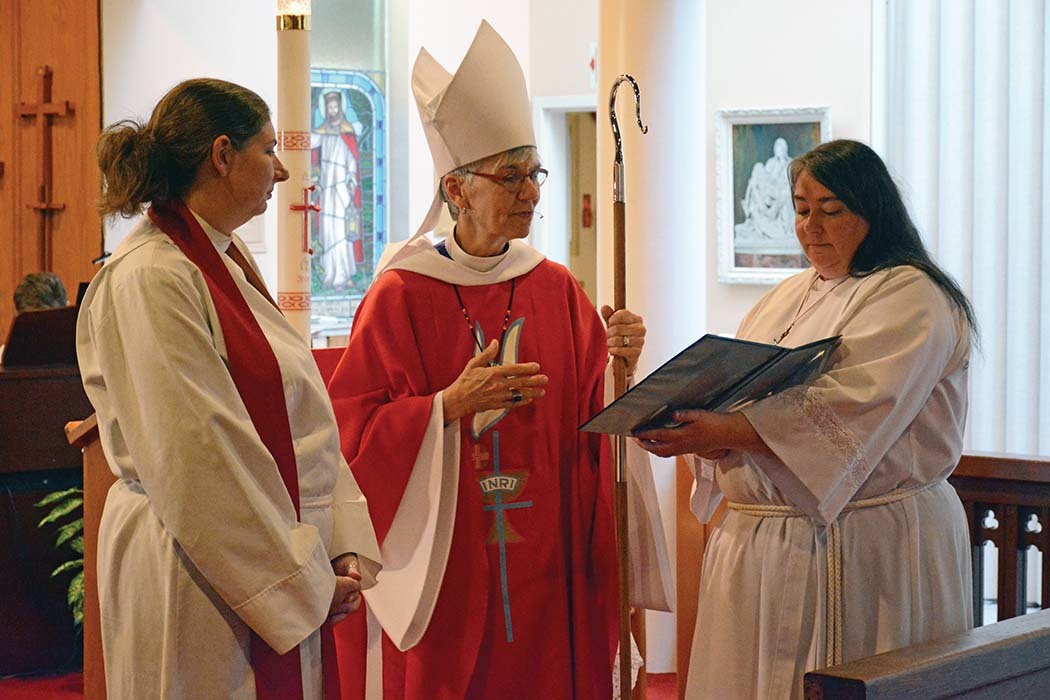 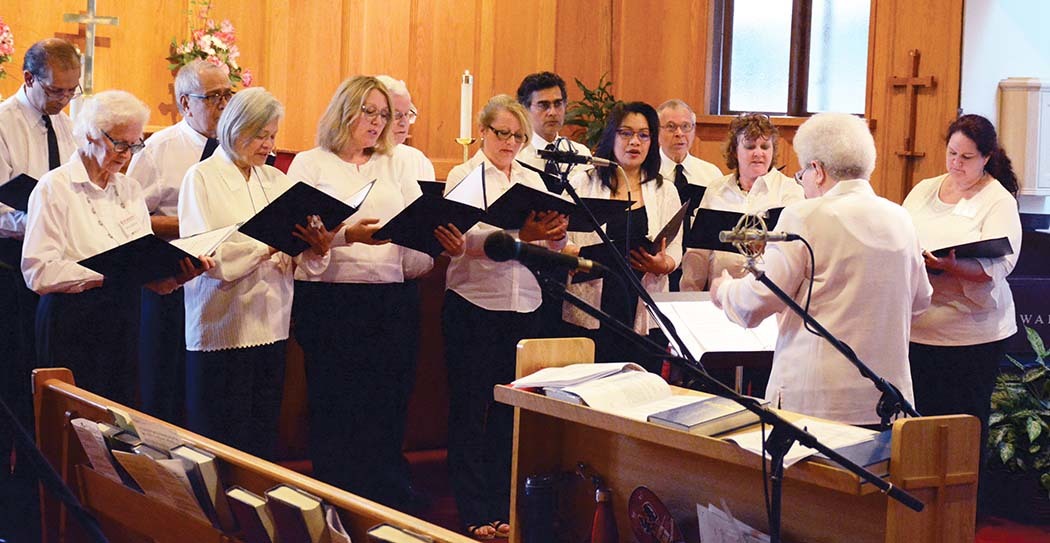 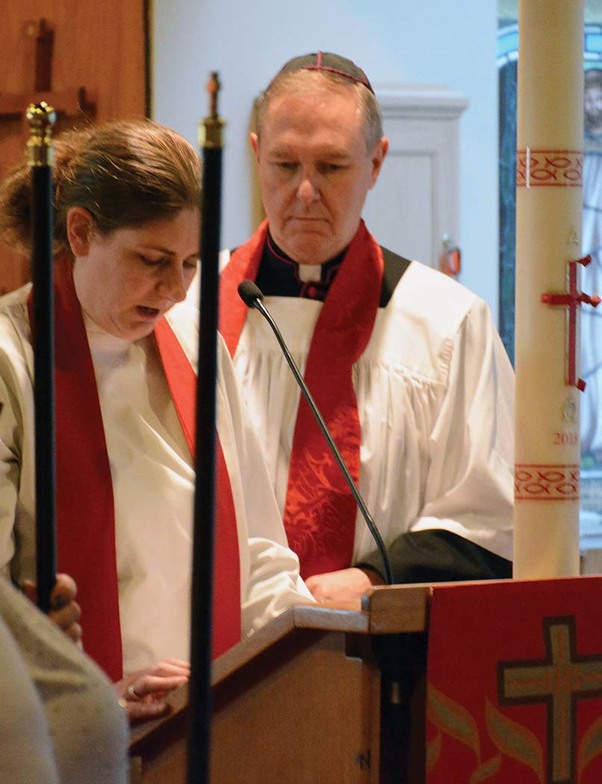 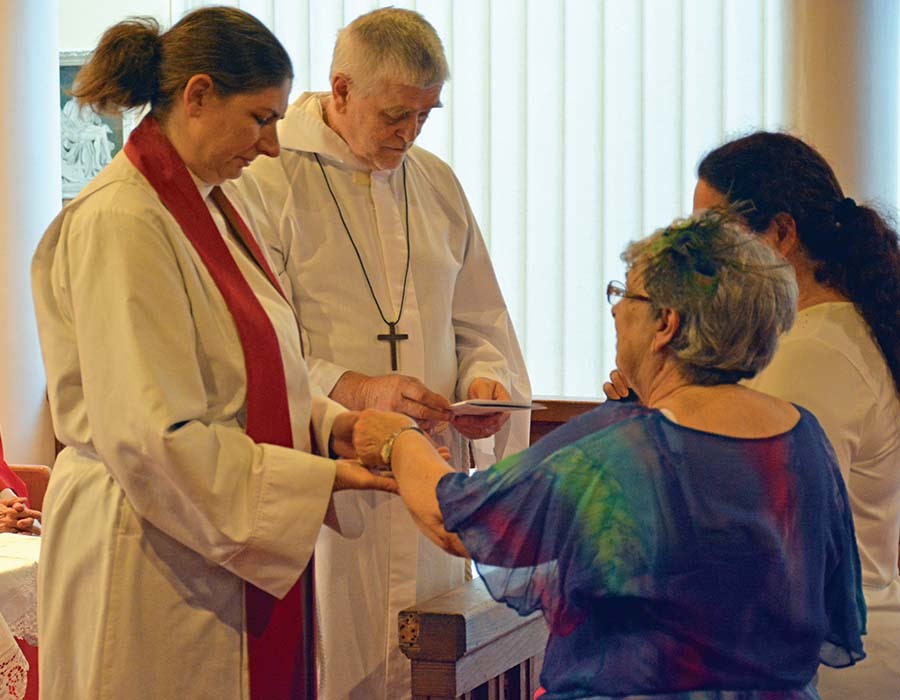 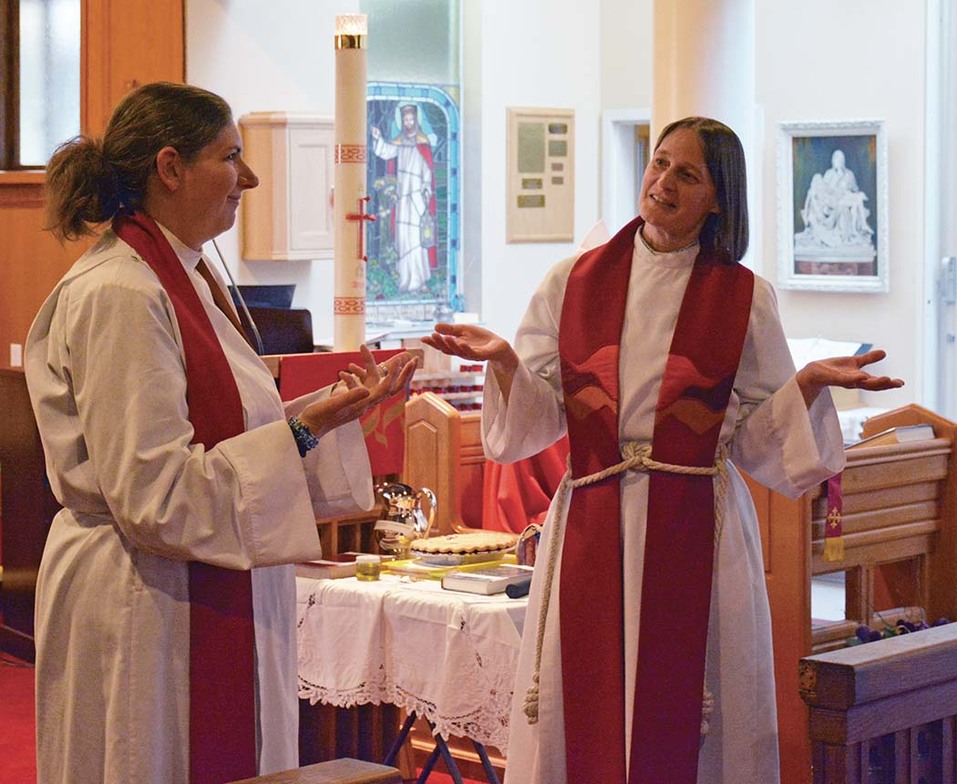 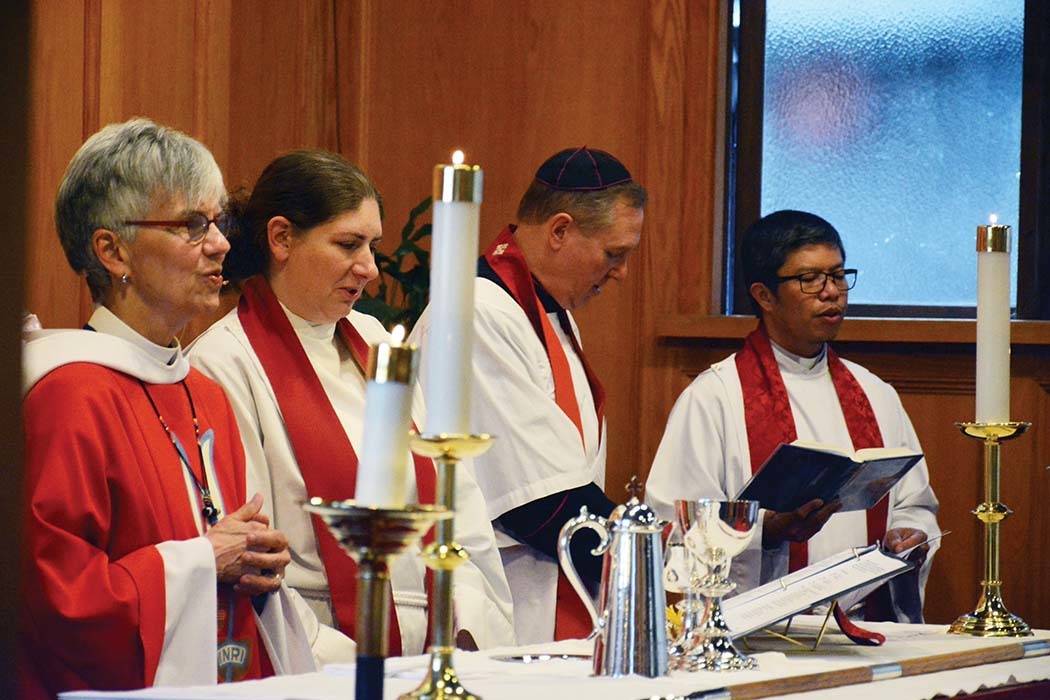 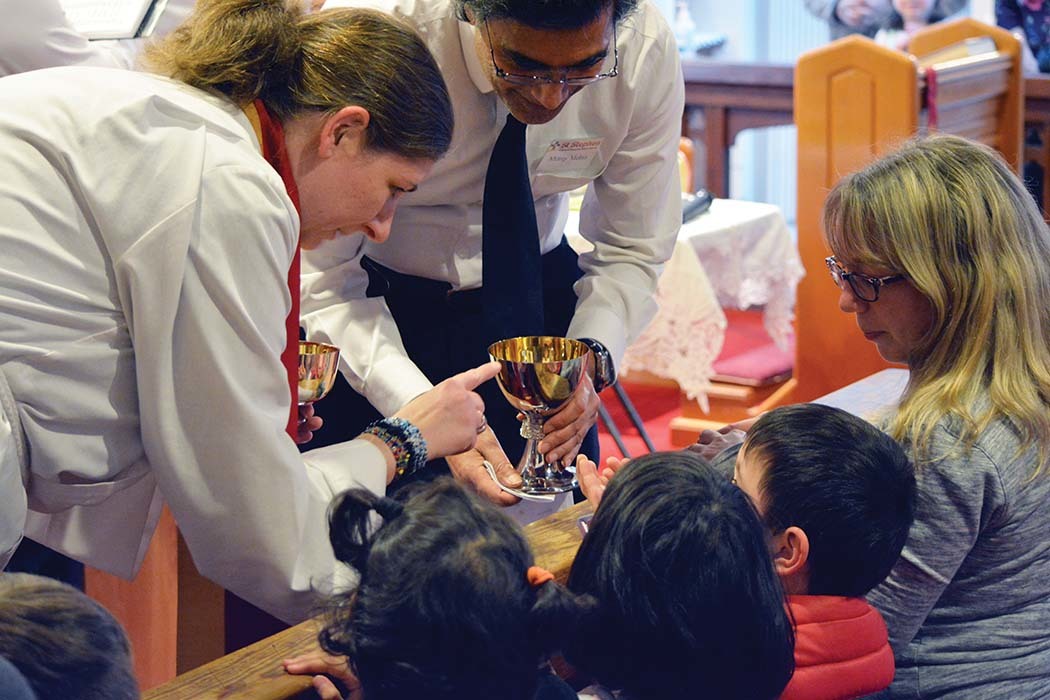 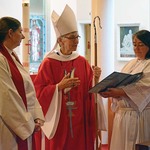 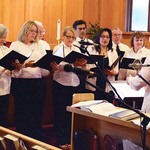 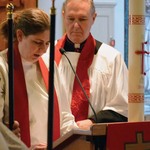 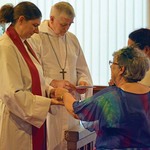 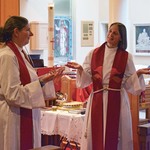 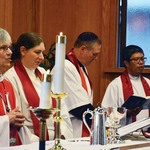 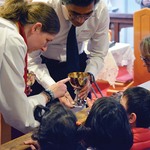 The Induction of the Reverend Ruth Monette by Bishop Melissa Skelton as Rector of St. Stephen the Martyr, Burnaby, May 1, 2018, The Feast of St. Philip and St. James.

About 30 minutes into the liturgy and following the singing of Malotte’s well-known setting of “The Lord’s Prayer” by the Choir of St. Stephen the Martyr, Burnaby, under the direction of Barbara Flannery, the Executive Archdeacon of the Diocese of New Westminster, the Venerable Douglas Fenton stood with the new priest, the Reverend Ruth Monette and the churchwardens, Colleen Butterley and Elaine Renforth at the chancel entrance in front of the congregation to describe the process by which the new priest had been chosen. He said with a lightness that confuted the gravitas of the situation “this appointment has been many years in the making.” The comment did produce a number of giggles from the folks in the nave. And it has been a number of years since the parish in the Burquitlam neighbourhood of Burnaby right next door to the Lougheed Mall had a full time rector.

In the interim, the Parish of St. Stephen the Martyr has been fortunate to have ordained leadership from a number of interim priests-in-charge, the most recent appointment in the summer of 2016, was the Reverend Dr. April Stanley who continued up until April 30, 2018, and prior to that, the Reverend Gary Hamblin had an extended interim ministry at St. Stephen’s beginning in 2012. Late last year the parish formed a canonical committee and worked diligently with its membership and with Bishop Skelton and Archdeacon Fenton to find a new rector. Although the call for a priest went out “all around the world” the person they were seeking was at the time in interim ministry at St. Timothy’s, Burnaby, a sister parish in the same deanery of Tri-Cities/North Burnaby located in Burnaby’s Brentwood neighbourhood approximately 10 kilometres to the west. Rev. Monette was the interim priest-in-charge at St. Timothy’s following her incumbency as Director for Mission and Ministry Development, a synod staff leadership team position. Rev. Monette took over ordained leadership of the Brentwood parish from the Reverend Stephanie Shepard who was appointed interim priest-in-charge at St. John the Apostle, Port Moody. That parish is situated 4 kilomtetres to the north and east of St. Stephen’s. Rev. Shepard is the Regional Dean of Tri-Cities/North Burnaby so there were some smiles when Rev. Shepard gave the traditional induction service “Welcome to the Deanery”.

This Eucharist was not only a celebration of new ministry, it was also the celebration of the Feast of St. Philip and St. James. In the sermon, Archdeacon Fenton set the induction Eucharist within the context of the “Saint’s Day.” He gave some history of these Saints reminding the congregation that these two were Jesus’ apostles. Apostles like many of us did not always behave as selflessly as one might think or hope, and through a series of examples from the Gospels he illustrated that, “in our day to day lives…it is in staying connected…in staying in relationship…staying open, that we have a deeper encounter with Jesus, and little by little within ourselves, discover God’s presence.”

This Induction Eucharist was symbolic of a continuing relationship, of being part of a community of Christians connected by faith, but also connected through their proximity to one another with shared experience and shared mission and ministry goals.

Following the sermon the liturgy continued with the Covenant in Ministry, the presentation by members of the congregation to the new rector of the Symbols of Ministry of the Whole People of God, the Intercession, the Peace, the Offertory and the Eucharist. The dismissal led into a joyful reception held in the bright and spacious St. Stephen’s hall with lots of food and opportunities for fellowship.

It was a well-attended, wonderful celebration on a bright, sunny evening with a good turnout of clergy, (the majority from the Archdeaconry of Lougheed) and a number of lay visitors, including a sizeable cohort from St. Timothy’s augmenting the St. Stephen’s congregation. Please keep the new rector, the Reverend Ruth Monette, and those with whom she shares parish ministry, the members of St. Stephen the Martyr in your prayers as they move into this new phase of their ministry together.

Many more photos and captions avialble by clicking this link and visiting the Facebook photo album on Anglican Conversation, the FB page of the Diocese of New Westminster