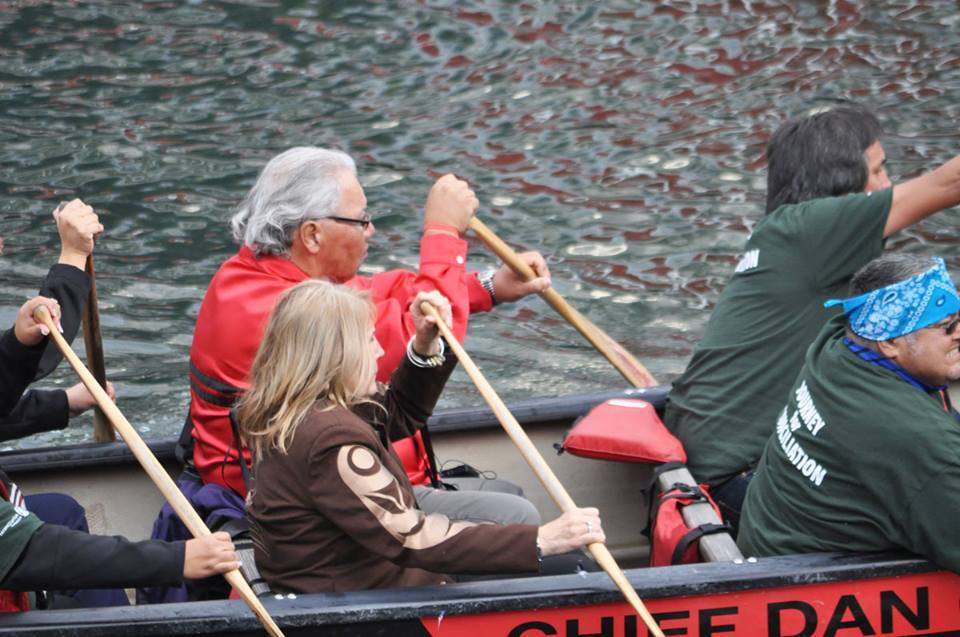 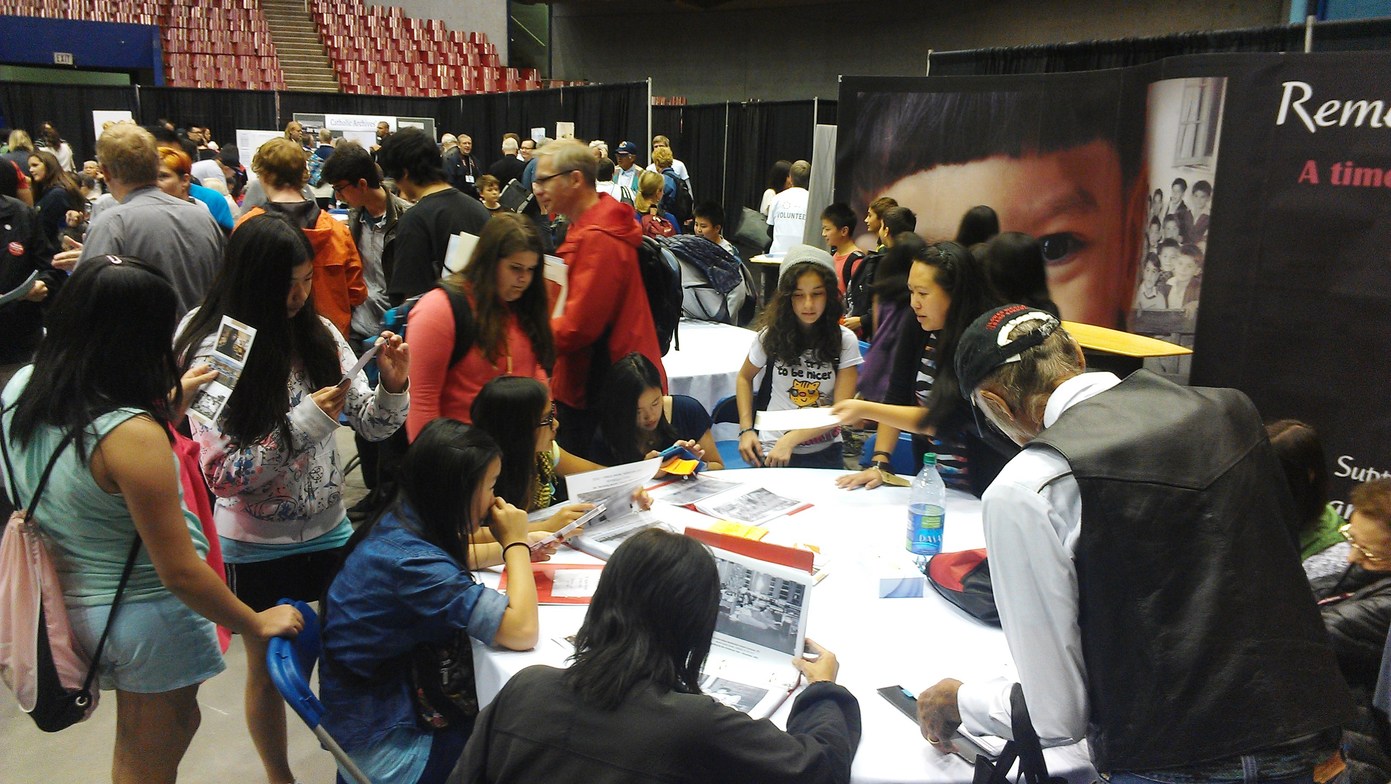 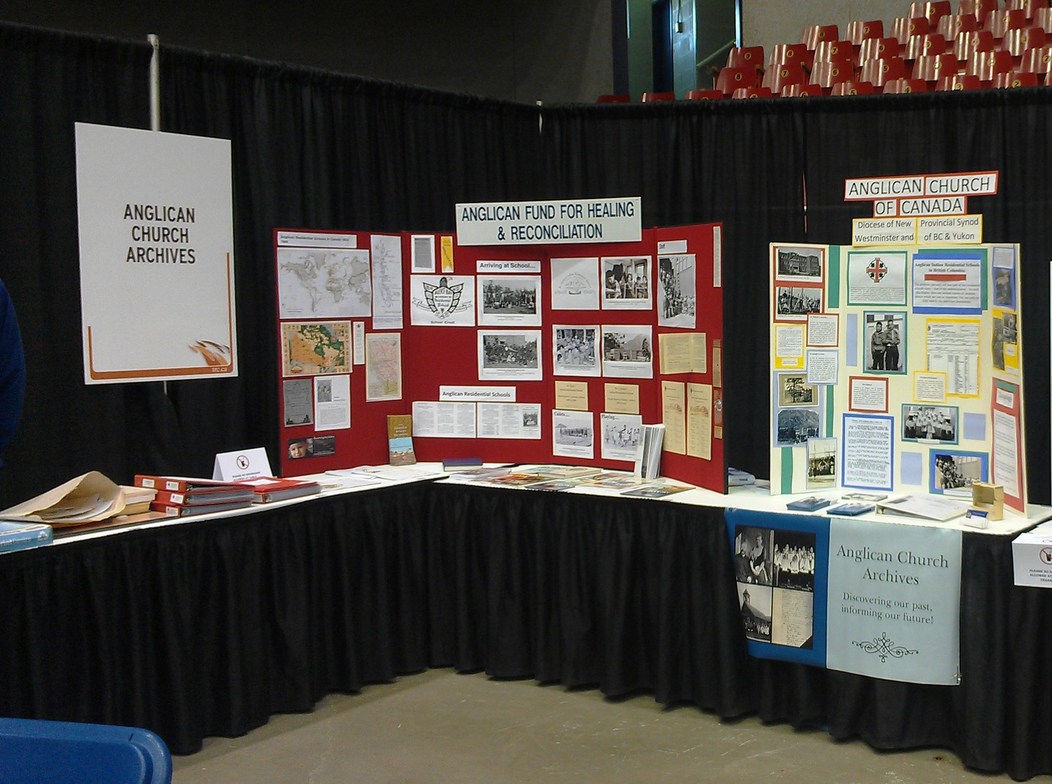 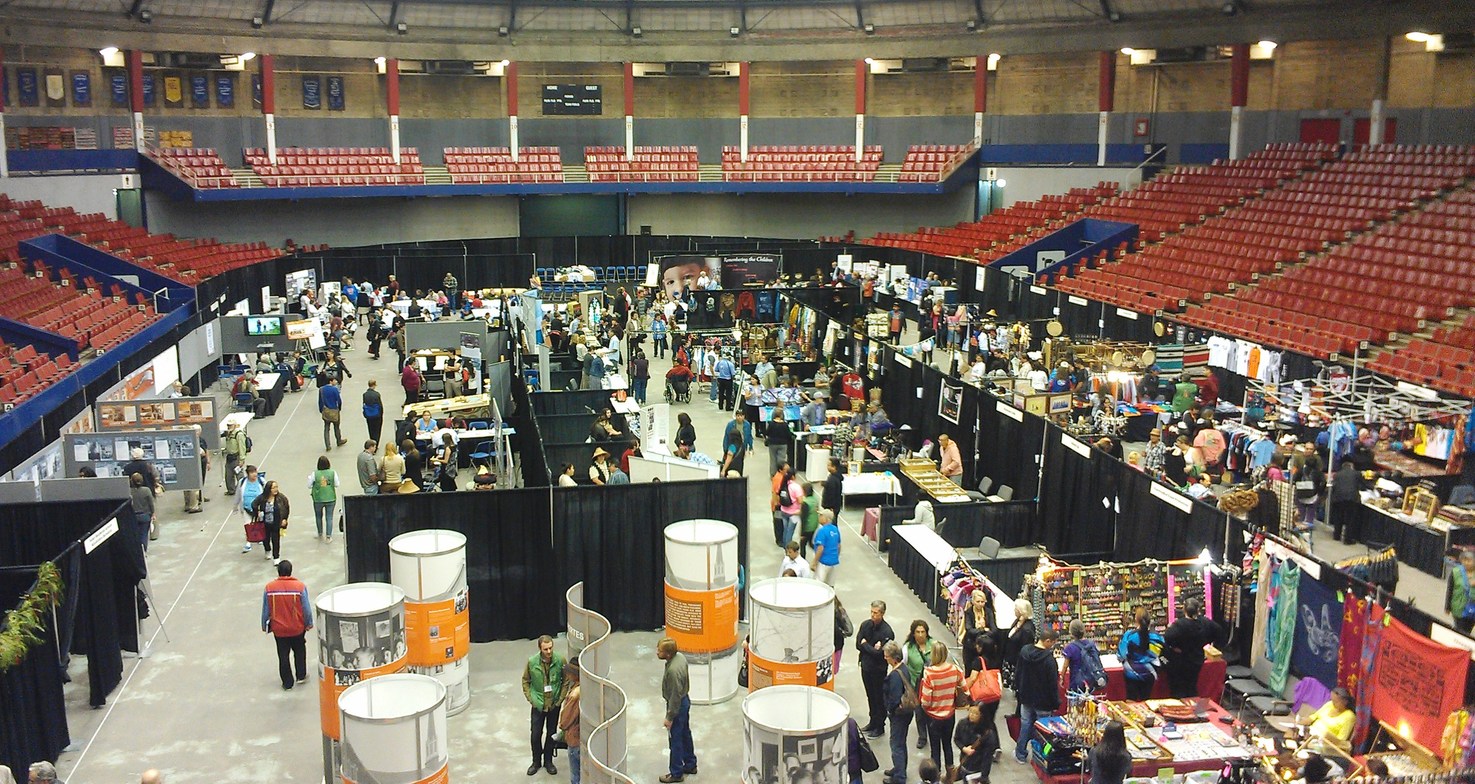 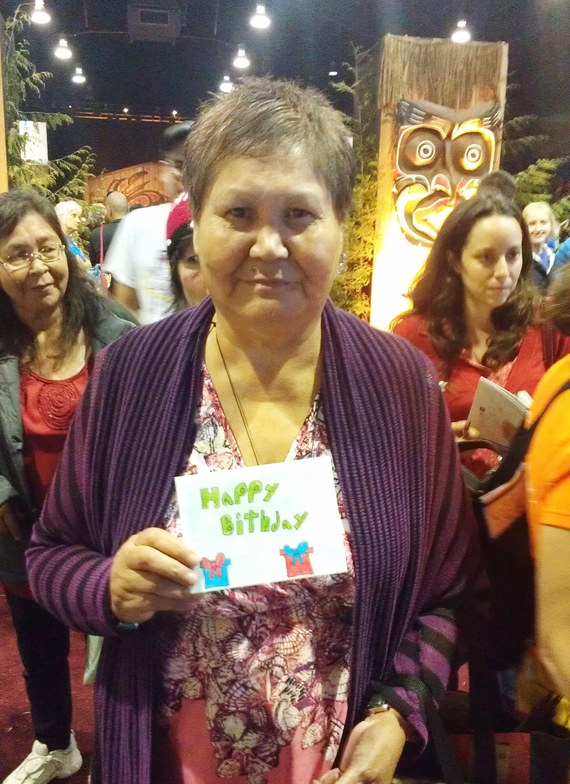 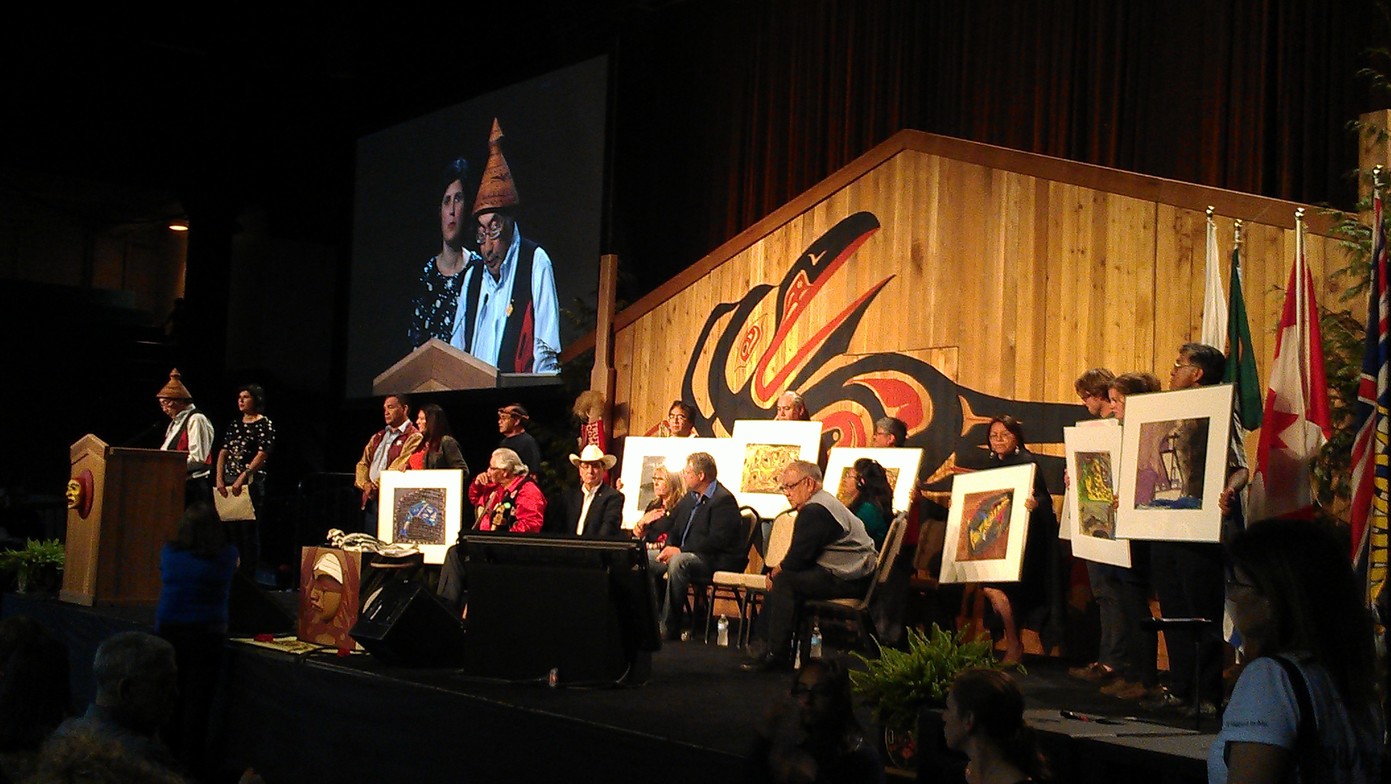 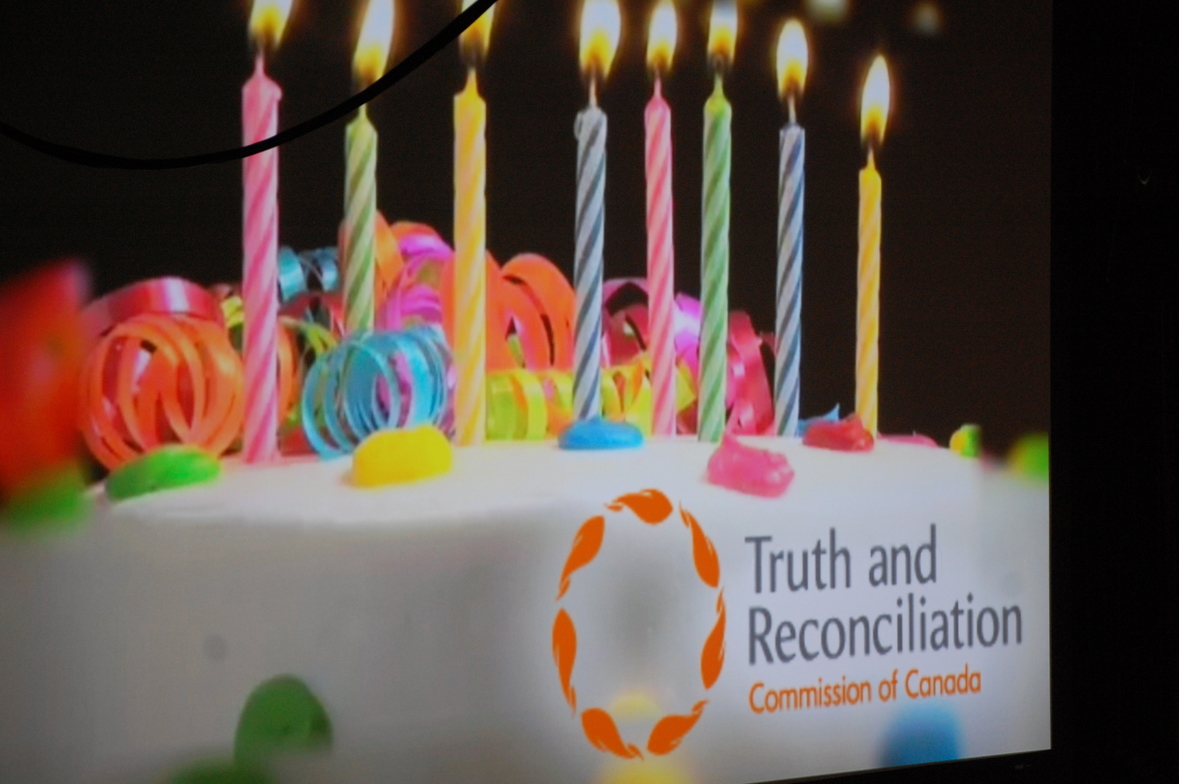 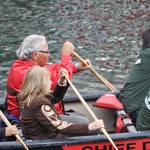 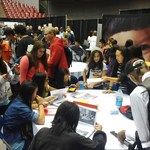 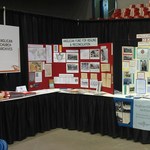 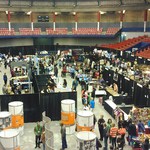 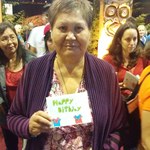 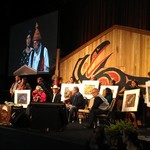 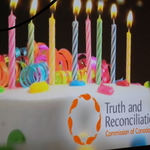 It has been almost 7 years since the Indian Residential Schools Settlement Agreement came into effect. The settlement agreement of 2006, included provisions for a Truth and Reconciliation Commission whose mandate included hosting regional and national commemorative events - to give survivors a venue and space to tell their stories, and to educate the Canadian public on the history of the huge residential schools system and their lasting and ongoing legacy.


It is in the context of this process that the British Columbia National Event occurred September 18-21 with other events September 16, 17 and 22. In partnership between the TRC, Reconciliation Canada and church entities signatory to the Settlement Agreement, Reconciliation Week began September 16th at Ambleside beach with the lighting of the Sacred Fire, and followed on September 17th with the All Nations Canoe Gathering. Canoes paddled from Vanier Park to Science World to be welcomed to the traditional Coast Salish lands. Canoes included representation from many local indigenous bands and councils, and were joined by representatives of the Anglican Church of Canada. These activities were planned and hosted by Reconciliation Canada, a charitable project, established as collaboration between the Indian Residential School Survivor’s Society (IRSSS) and Tides Canada Initiatives Society (TCI).

Each National event is dedicated to one of the Seven Sacred Teachings – love, respect, courage, honesty, wisdom, humility and truth. The BC event was dedicated to honesty. The official Truth and Reconciliation Commission events began on September 18th with the lighting of the Sacred Fire on the PNE lands near the Agrodome, along with morning prayers. At 8am, there was a survivor walk from the Sacred Fire to the Pacific Coliseum, where survivors were joined by local dignitaries and church officials. After a welcome to the traditional territories, opening ceremonies and introduction of newly-appointed honourary witnesses, the program went into full swing.

Although Anglicans participated at many points in the official programming, both as presenters and witnesses, the greatest involvement occurred at the Churches Listening Area. Located in the Agrodome, the Churches Listening Area provided a venue for Residential Schools survivors to tell their stories. Survivors registered to give public statements which were witnessed by hundreds of people over the course of the 4 day event – from church officials to the general public. Survivors also had the opportunity to give a private statement and tell their story one-on-one to a church representative of their choice. In both instances, church representatives from Anglican, Roman Catholic, Presbyterian and United Churches gave public or private apologies to survivors.


Anglicans also participated in the Anglican Church Archives area. The archives of the Diocese of New Westminster and Provincial Synod of BC and Yukon, together with the General Synod archives in Toronto, set up displays providing information on the history of Anglican participation in the Residential Schools system, as well as more specific information on Anglican residential schools in BC and Yukon. Most popular in the Archives Area were the albums of photos provided by the archivists. Many residential School survivors and their children and grandchildren had never seen photos of themselves as children. Large reproductions of archival photos were made available in binders for anyone to view, and high resolution photocopies were made for anyone who wanted copies of photos. Over the course of the event, more than a thousand copies were made for survivors, their descendants, teachers and researchers free of charge. Laughter and tears mingled as children recognized parents, survivors recognized siblings and cousins, and families told stories over the photos. The archives area also provided a safe and low-key area where survivors told stories of their time at the schools, often triggered by the photos.

The archivists were joined by Esther Wesley of the Anglican Healing Fund. The Healing Fund has been active since 1991, giving grants to encourage and initiate programs which help educate and heal. The fund has given over $3 million in grants to date and provided information on previously funded projects, as well as providing applications for funds to go towards future projects.

Many moving interactions at this location came in the form of the presentation of prayer shawls. Over the course of many months, parishioners from all the churches knitted prayer shawls for survivors. These were knitted and prayed over before being given to survivors who told their stories, survivors who came to the archives’ area and shared their stories, as well as intergenerational survivors. Grateful tears and thanks were given by many survivors for a very tangible gesture of sorrow and love.

Each day during the 4 day event, a different church denomination was given the opportunity to offer an “Expression of Reconciliation”. On Saturday, September 21st, Archbishop John Privett – Metropolitan of the Ecclesiastical Province of BC and Yukon – presented a woollen baby blanket to the Commissioners of the TRC as a symbol of the Anglican desire to reconcile with Indigenous peoples. He expressed that he was honoured to hear the stories of survivors over the course of the week, although he admitted that some “cut to [his] heart”, and admitted that the expression and apology was not enough, and was just a single step in a long journey. (Please click the link to download a pdf copy of ARCHBISHOP JOHN PRIVETT'S 9-21-2013 STATEMENT)

The event closed on Saturday afternoon with a closing ceremony. The ceremony included the return of artwork to students of Port Alberni residential school. The artwork was work they had done while in the school, and had been kept by their art teacher for over 40 years. In partnership with the University of Victoria, much work has been done to reunite the artwork with their now-adult creators. Also part of the ceremony was the much-loved “birthday party”. Churches from across the Lower Mainland baked thousands of cupcakes to be handed out at the ceremony, and Happy Birthday was sung to commemorate the many birthdays which were overlooked, forgotten or ignored during the residential schools years. Local children also created birthday cards which were given to survivors.

Images: Top and homepage, Survivors and schoolchildren view photos of residential schools in the Archives area. Upper right, Dr. Marie Wilson and Justice Murray Sinclair in the Chief Dan George canoe on September 17th (Randy Murray photo). Centre, The Learning Place, the churches listening place is at the far end.  Middle left, Anglican Archives and Healing Fund display area. Lower right, a survivor holds her birthday card, made by local church children, during the Survivors’ Birthday Party. Lower left TRC Birthday Display (Chistine Rowe photo). Below: The Main presentation area during the closing ceremonies when and where some of the artwork was reunited with its creators. PHOTOS: Melanie Delva (except where noted)