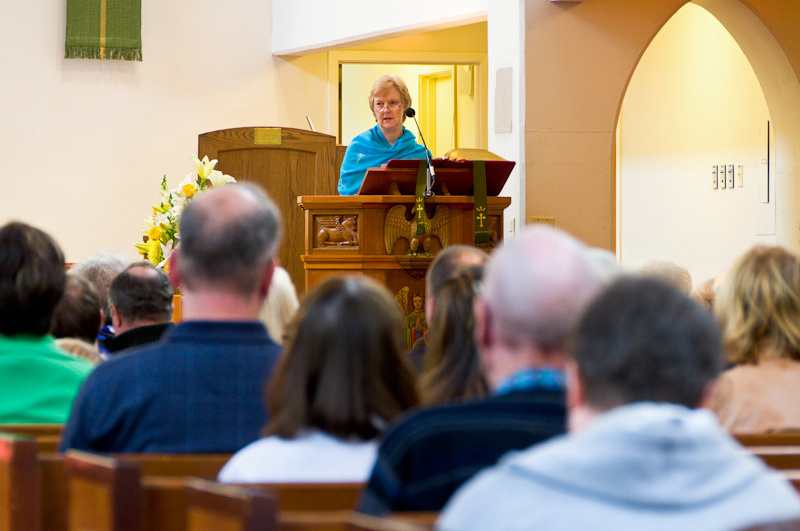 At 11am on Sunday, September 25th, 2011 between 90 and 100 people attended a service of Holy Communion celebrated at St. John's Shaughnessy. This liturgy was the first service led by ordained persons holding a license from the Bishop of the Diocese of New Westminster at the church since 2008.
The Preacher and Celebrant was the Venerable Andrew Pike who spent the early days of his ministry as curate at St. John's Shaughnessy beginning in 1971.
On October 2nd there were two Sunday celebrations of Holy Communion, at 8am and 10am. Clergy and lay involved with the new worship ministries emerging at St. John's will be planning services in the near future.
It is likely that celebrations of Holy Communion and Morning Prayer will alternate at the 10am time slot.
The Venerable John Stephens, Archdeacon of Vancouver and Incumbent at St. Philip, Dunbar has been appointed interim Priest-in-Charge and for the next few months he will  be responsible for maintaining a rota of preachers and musicians. Ven. Andrew Pike will continue half-time as the Priest Associate at St. John's Shaughnessy.