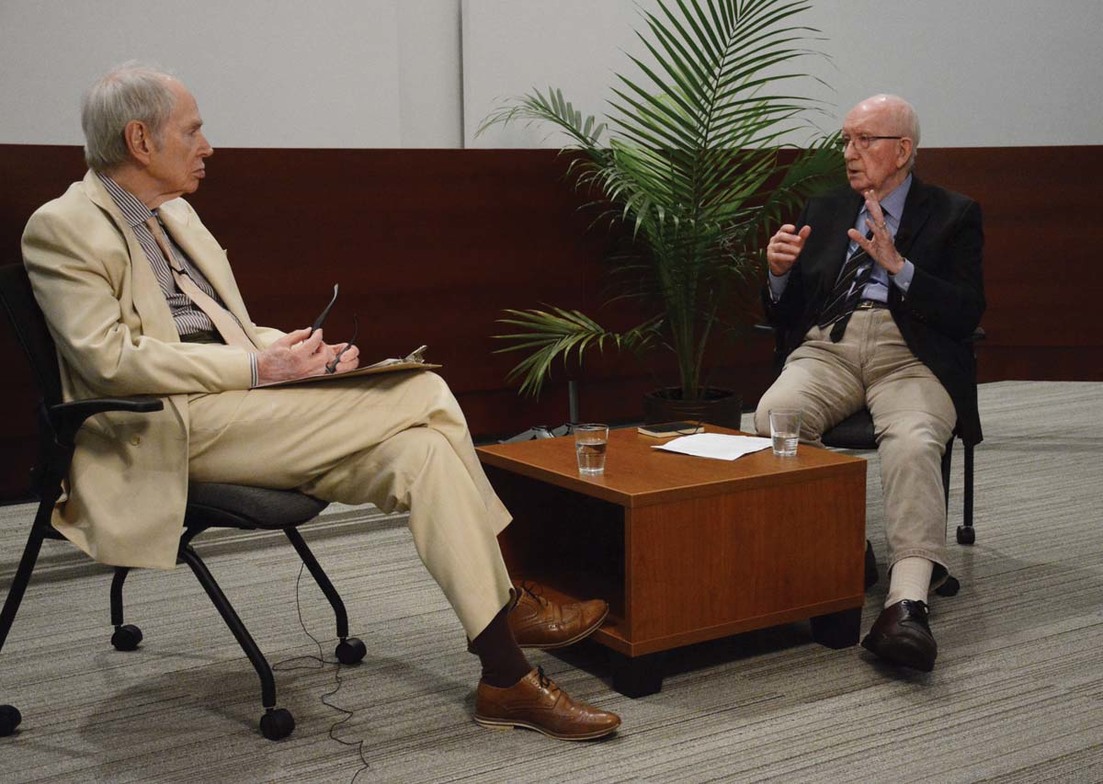 “The Reverend Canon Dr. T. Herbert O’Driscoll—priest, broadcaster, hymnist, film buff, tour guide, a writer so prolific even he probably doesn’t know how many books carry his name, and a homilist long regarded as the most brilliant in North America, and possibly the entire Anglican Communion. Known to his friends, one of whom I have happily been for about half a century, as Herbie.  Welcome.”

The interview covered Dr. O’Driscoll’s long career in ministry but with a very definite focus on the diocese of New Westminster and the years 1968-1982 when he was rector of Christ Church Cathedral and dean of the diocese. These were years of tremendous change in the Church and in the world. This video record will be of great benefit to researchers, scholars and all those with an interest in the life of the Diocese of New Westminster.

This was the second of the series, the first was an interview conducted by Lyndon Grove of Archbishop Douglas Hambidge. Information about the availability of these resources for researchers and other interested parties will be communicated as it becomes available.