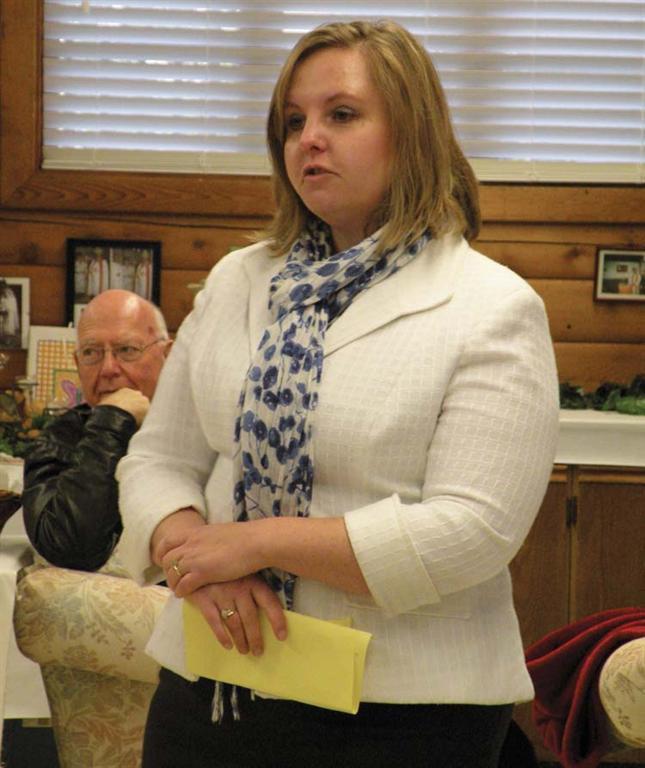 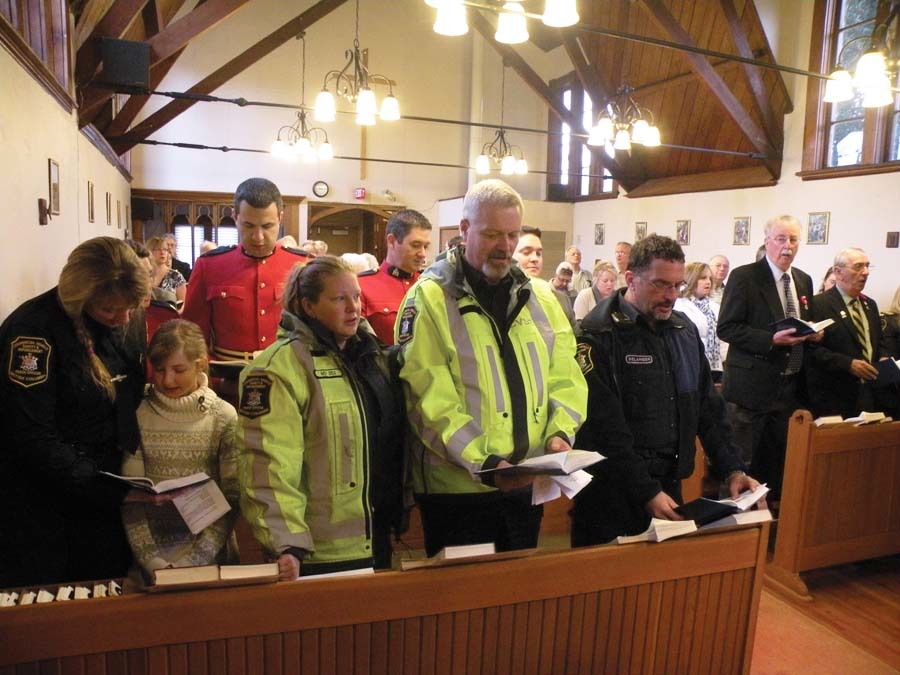 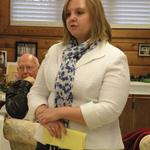 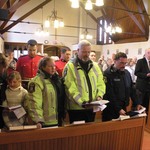 On Saturday, Oct. 27th All Saints opened its doors again to award-winning B’B’Q pit-master Kevin Phenix in his follow-up to last spring’s Barbecue School. People from the parish and community participated in Saturday’s extensive program that included: Food Safe, preparing woods, seasonings & sauces, and cooking methods for pork, chicken and beef. Knowledge of correct cooking times for steak is now extremely important in the light of the recent ecoli outbreaks. Those with a preference for rare steak were advised to grill to at least 120 F, if not higher.
Choosing the correct wood to make the perfect smoke is also important. Over 30 woods can be used, including fruit woods, however, participants received a warning to avoid the poisonous evergreen wood.
Due to rain, the classroom content took place in the All Saint’s hall. Demonstrations and cooking happened in the parking area, which generated some curiosity from drivers passing by. The workshop was well-prepared, offering incredible tastes and allowing students to experiment. Kevin mentioned that judges look for taste, presentation and appearance. This information will come in handy for those attending the Spring , 2013, workshop on how to become an official barbecue judge!
Johnstons Fresh Local-Quality Meats (Asst. Manager, Bonnie Windsor) donated a case of succulent pork butts for the Barbecue School and Peace and Correctional Officers Appreciation Day lunch being prepared for the next day. Kevin camped out for two nights to make sure that the slow cooked meats were done to perfection.

The Fourth Annual Peace and Correctional Officers Appreciation Day
On Sunday, Oct. 28th All Saints’ welcomed dignitaries from Harrison Hot Springs and Chilliwack, along with officers from the RCMP, Kent Institution (Tina Warkentin, Charmaine Weiss), Commercial Vehicle Safety Enforcement {(CVSE)Supervisor Cindy Hogg, attending for the second year was accompanied by her daughter and three other officers}, C.P.R Police (Sgt. Steve Gregoris), and Matsqui-Abbotsford Police.
A number of the guest officers spoke to those in attendance prior to lunch being served.
The Honorable Mark Strahl, MP was unable to attend but sent a letter applauding the service of the hundreds of thousands of police and correctional officers who put their lives on the line to protect our lives and property.
During her address, Chilliwack-Hope, MLA, Gwen O’Mahoney remarked that since 1989, 3,000 Canadian Police Officers have participated in 50 peace operations in 30 countries around the world.
Leo Facio, Mayor of Harrison Hot Springs congratulated All Saints’ parishioner Jeanne Hope who would be invested into the Order of the Diocese of New Westminster later that afternoon at Christ Church Cathedral. Jeanne has given 50 years of service to the Church, providing flowers for the altar every Sunday. The mayor also expressed how the line “O, Canada, we stand on guard for thee” in the opening hymn that morning was most appropriate. Facio voiced his appreciation for our protectors in allowing us to sleep safely at night – they do a fabulous job. Two Harrison Hot Spring’s aldermen, Allan Jackson and Zoltan Kiss accompanied the mayor to the All Saints’ event.
Corporal Dwayne Farlin, Operations NCO introduced fellow RCMP officers, as did Pipe Sargent Jim Cooper on behalf of the Harrison Highlanders. The band piped the officers into the hall and entertained before lunch. Several of the Highlanders and barbecue instructor Kevin Phenix are also correctional officers.

All Saints’ extends a big ‘thank you’ to parishioners, Leroy Burden and Fran Froehlich for making both events a huge success again. Fran also donated assorted wrapped gifts for all Barbecue School participants. Many thanks to Ginny Jennings and her team of hostesses and behind-the-scenes workers and to everyone who donated food,. Thanks to Anthea Lewis for recording the day in photographs. See you next year!