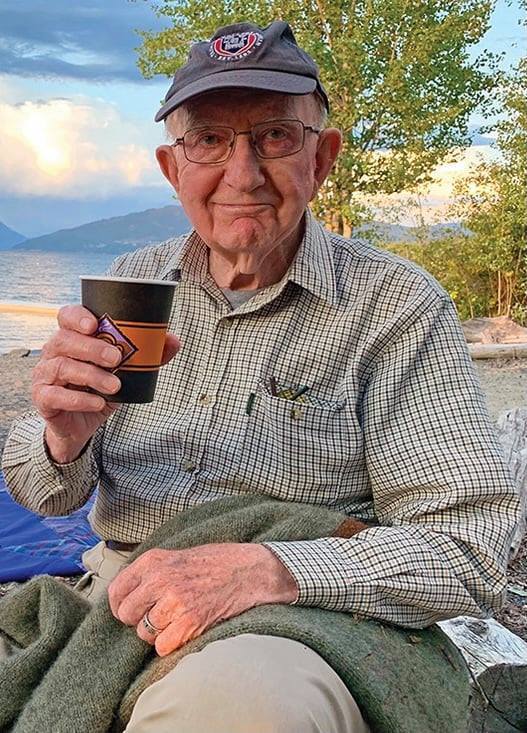 On Sunday, October 17, 2021, diocesan communications posted a photo on its Facebook page, Anglican Conversation taken by Jane Dittrich of the Reverend Canon Herbert O'Driscoll at Sorrento Centre in 2019. The purpose was to let people know that he was celebrating his 93rd birthday. The posting read:

Happy 93rd birthday to the former Dean of the Diocese of New Westminster, former Rector of Christ Church Cathedral, retired priest of the Diocese of Calgary and current Topic columnist and diocesan website blogger the Reverend Canon Dr. Herbert O'Driscoll.

This post performed extremely well with hundreds of people seeing it within the first hour and in the following hours many people from around Canada (and beyond) offered their own birthday wishes in the comments section of the post. The views quickly moved to 1500+.

Jane Dittrich forwarded the comments to Canon O'Driscoll as he is not a regular diocesan social media consumer and he wrote the following note to the many folks who had sent greetings.

“Dear all of you
You know how they say that a drowning person sees their whole life flashing before their eyes as they sink beneath the waves. If there’s a wonderful and enjoyable way to experience that rewinding of one’s life, then I received it from all your greetings.
It was an incredibly rich gift. It reminded me of something Agatha Christie said many years ago. She was married to an archaeologist and she said that the wonderful thing about this was that the older you became, the more interested he became! I feel a bit like that after all your greetings. It’s a good feeling.
Blessings to you.
Herbie, Herbert, Herb - whatever!”

As of this writing at noon on October 20, the good wishes, likes and views are still coming in.
Photo: Jane Dittrich