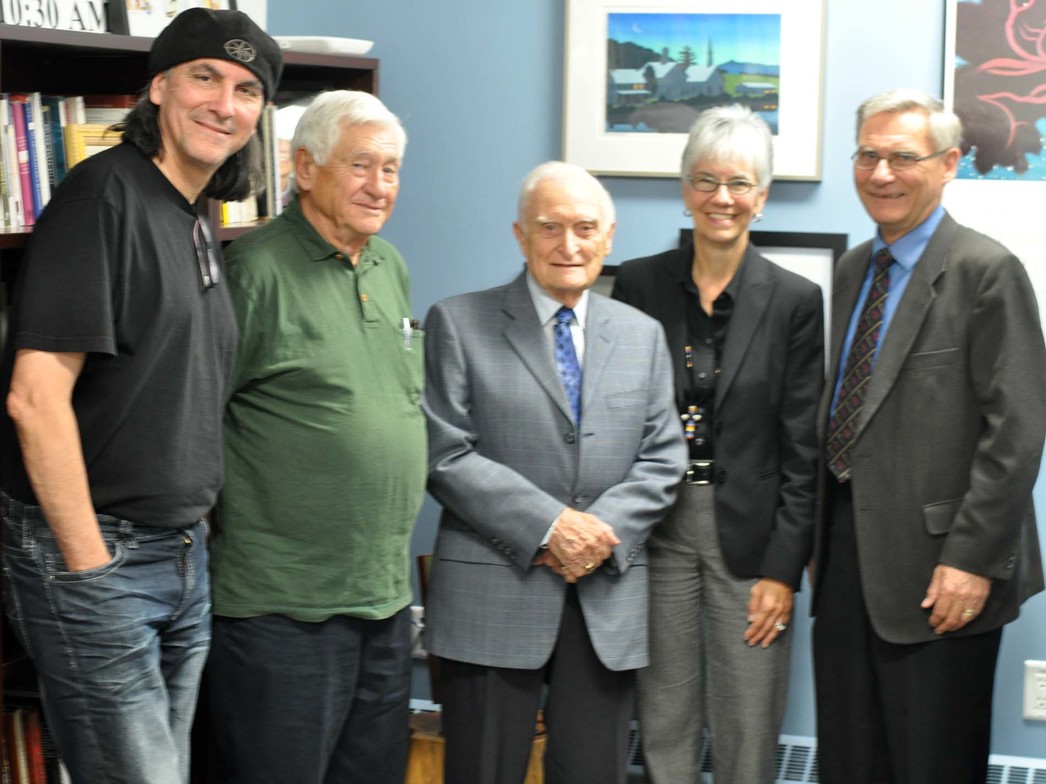 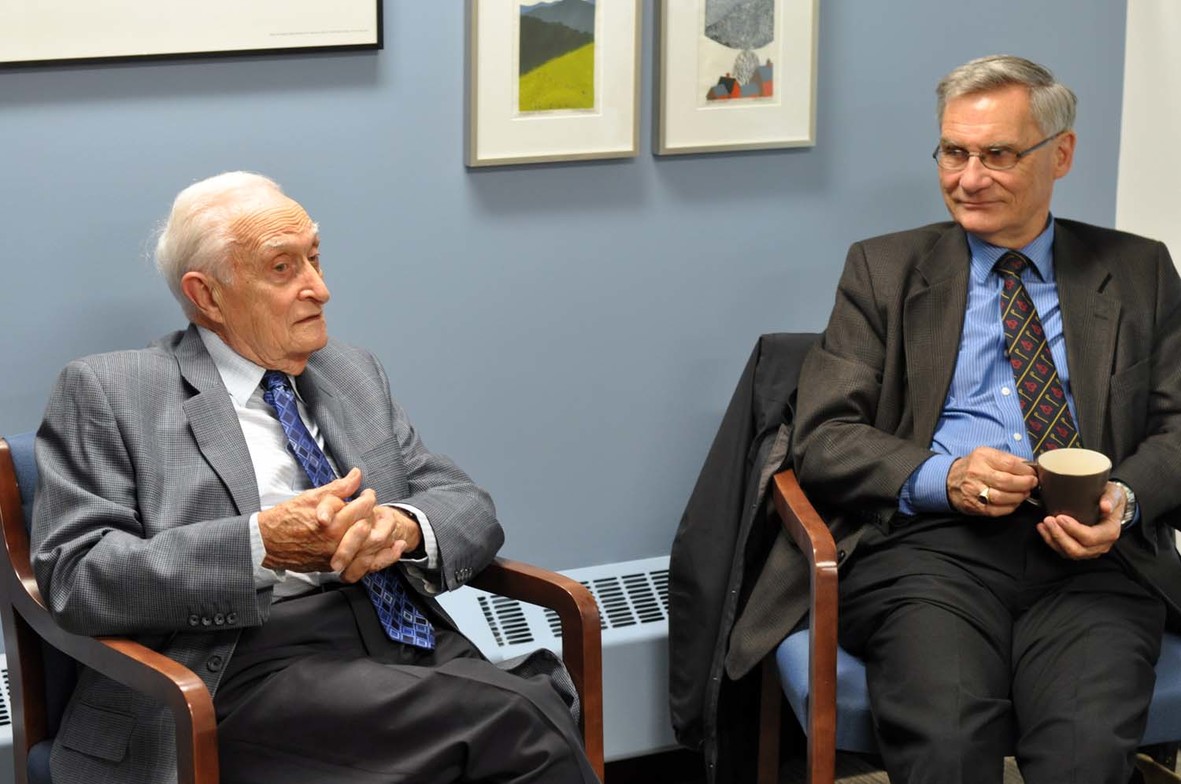 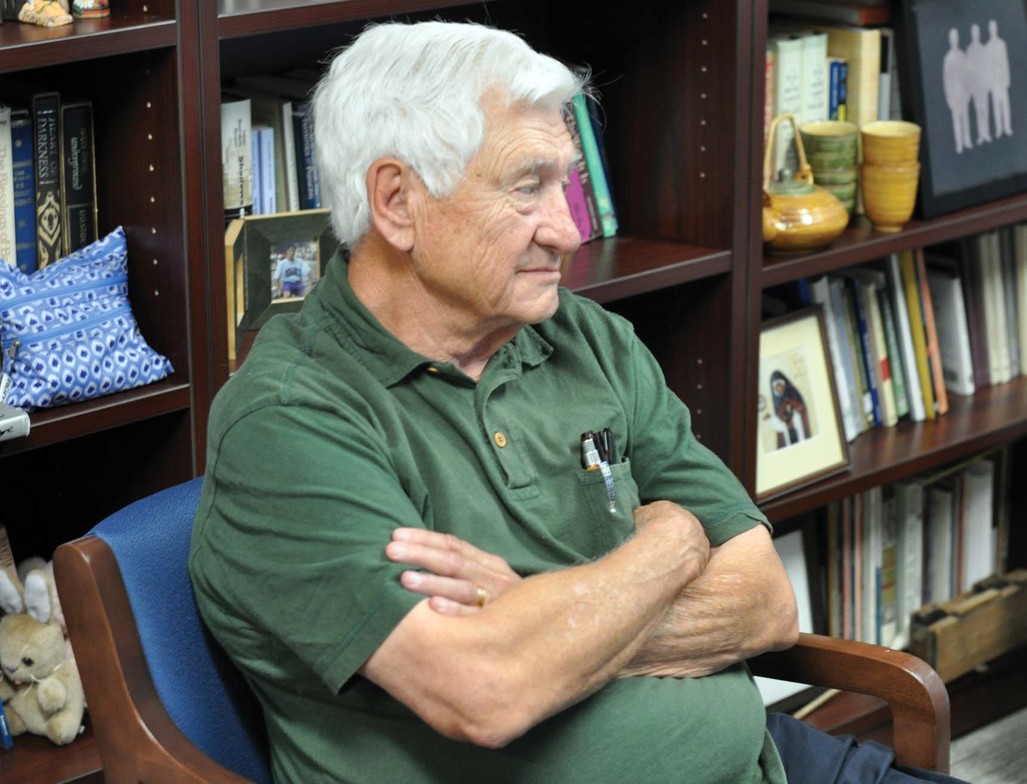 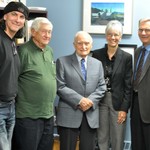 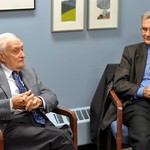 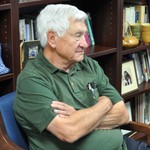 On Thursday, September 24 Bishop Skelton hosted an all-day discussion on First Nations engagement attended by: the Most Reverend Douglas Hambidge, the Most Reverend Caleb Lawrence, the Venerable John A. “Ian” MacKenzie and Brander Raven McDonald.

Bishop Skelton is eager (in the words of Brander) to “recapture the momentum of reconciliation with our Indigenous neighbours”. It is very important to work towards an increased awareness and understanding of “Potocol”. This is the way in which First Nations meet and greet each other, begin meetings, live together, and also how First Nations relate to clergy, laity and the Church in general.

Bishop Skelton was very excited to have the opportunity to spend time with: Archbishop Caleb who from 1980 until his retirement in 2009 was bishop of the Diocese of Moosonee and also archbishop of the Ecclesiastical Province of Ontario, 2004-2009; Archbishop Douglas, bishop of the Diocese of Caledonia, 1969 – 1980, translated (after his election) to bishop of New Westminster, 1980-1993 and in 1981 elected metropolitan of the Ecclesiastical Province of BC/Yukon until his resignation in 1993; Archdeacon Ian who was collated archdeacon in the Diocese of Caledonia was one of the founding members of the Centre for Indian Scholars, he was bestowed with a Doctor of Divinity, Honoris Causa from Vancouver School of Theology in 2003 for his advocacy work with First Nations, was part of the Diocese of New Westminster’s clergy team responsible for organizing events, hospitality and more during the September 2013 Vancouver TRC Week, and currently serves as an honorary assistant at the Parish of St. David and St. Paul in Powell River; Brander Raven McDonald is the Indigenous Justice Ministry Coordinator for the Diocese of New Westminster and for the past nine years has been (and remains active in that ministry currently) in a similar ministry with the Mennonite Church of British Columbia.

Following a full day of dialogue, Bishop Skelton had this to say about her experience, “The two archbishops and archdeacon Ian were able to share a wealth of stories from their rich experiences with First Nations people. I’m deeply grateful to all three for the chance to learn from them and to Brander for organizing our day.”