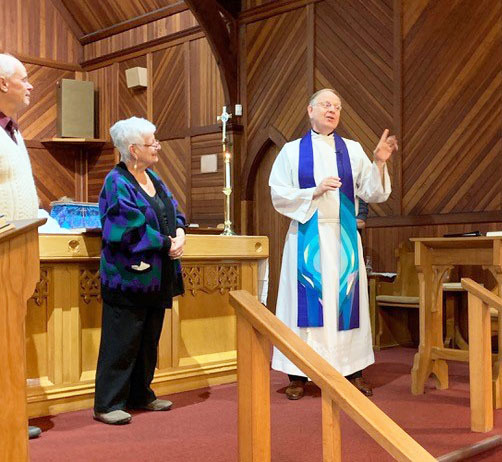 Many thanks to the folks at St. John the Baptist, Sardis for sending this photo of the Venerable Allan Carson, Rector of St. John the Baptist and Archdeacon of Lougheed thanking the parish after receiving a new Advent stole last December in honour of 25 years of ordained ministry in the Anglican Church.

Allan graduated from Huron College in 1993 and was ordained in 1994 at St. James, Westminster, Ontario. Archdeacon Carson has been a priest of the Diocese of New Westminster since 2003.

Included with the photo was the following quote:

"Allan’s experience and sense of humour are greatly appreciated by all who meet him."