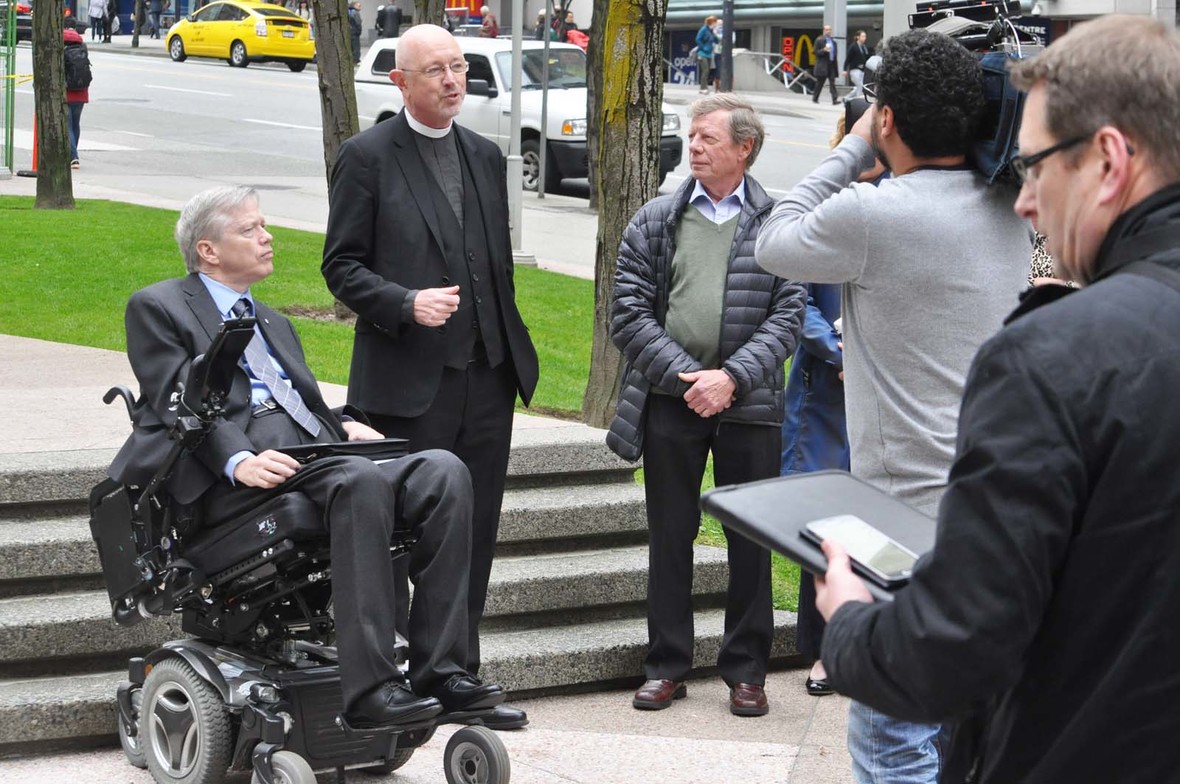 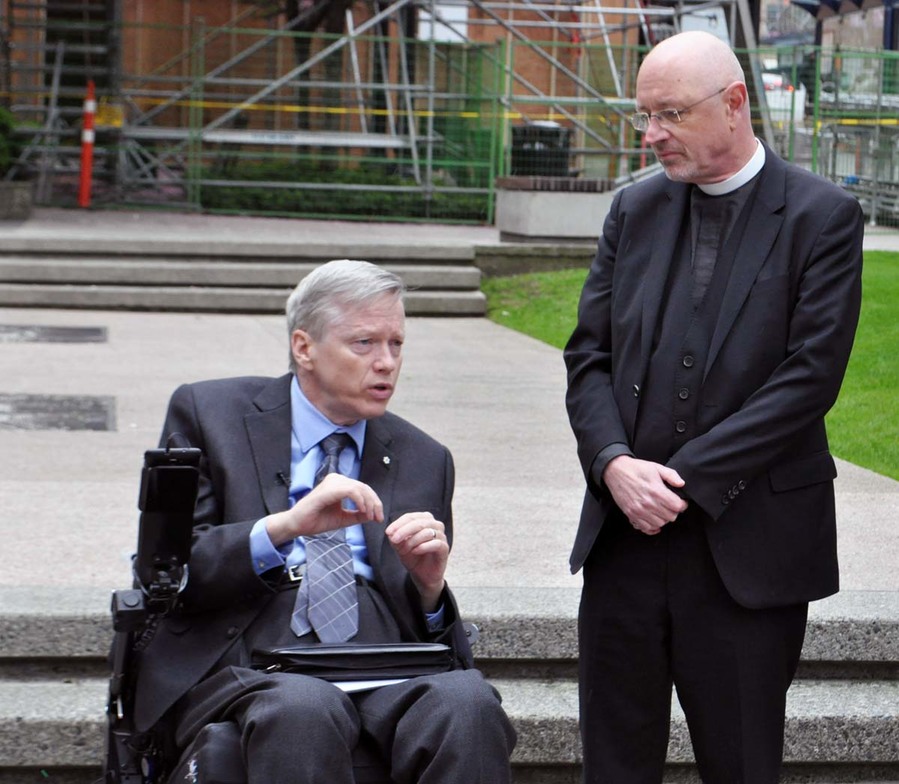 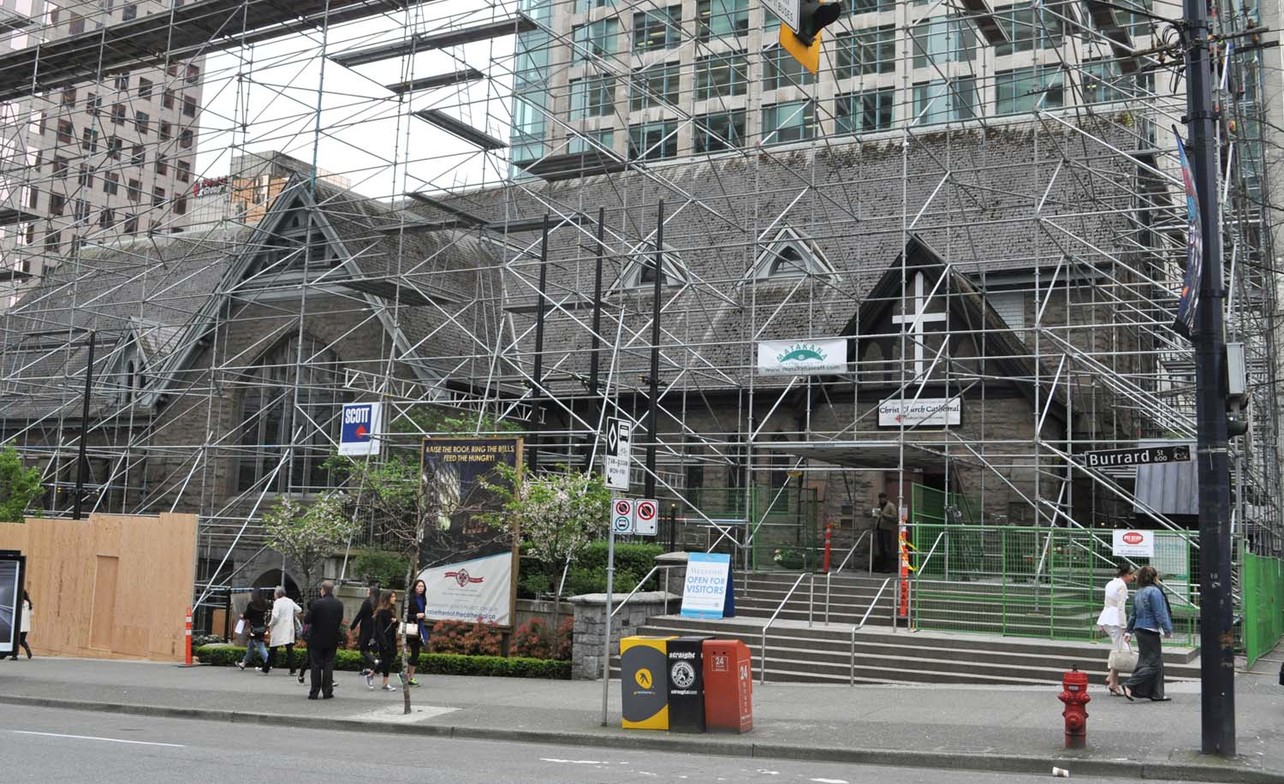 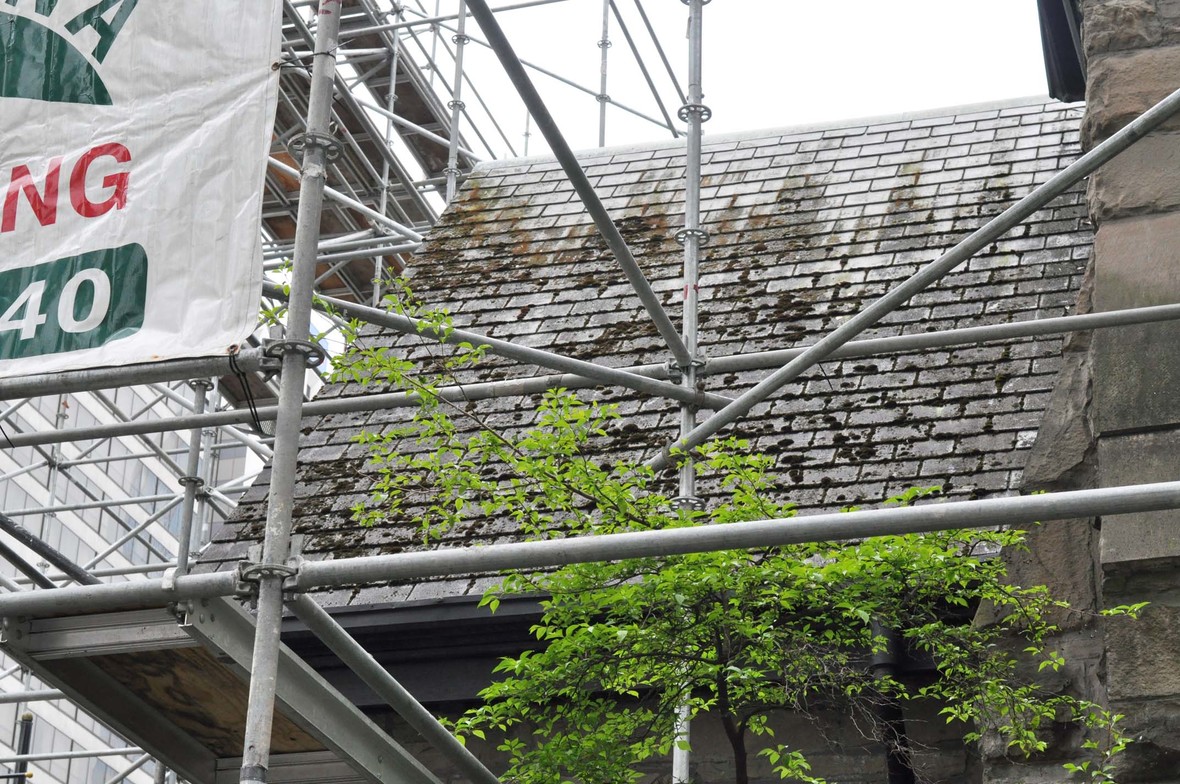 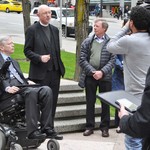 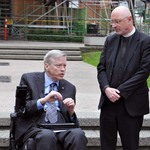 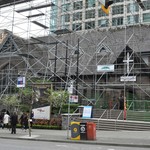 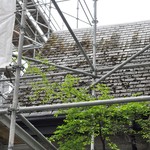 On April 10th, 2015, at 2pm, Sam Sullivan, MLA for Vancouver-False Creek  announced that the Province of British Columbia will provide $1 million toward Christ Church Cathedral’s campaign to raise $7.5 million dollars for a badly-needed new roof, an all-new illuminated glass bell spire, and an expansion of its community outreach kitchen. The announcement was made on the garden plaza situated between Christ Church Cathedral and Park Place Office tower located to the north of the 125 year old church building on Burrard Street between West Georgia and Dunsmuir.

In a very brief announcement, Mr. Sullivan spoke of the relationship between Christ Church Cathedral and the builders of Park Place focusing on the revolutionary air rights mortgage agreement between the two entities arranged in the early 1980's. He spoke fondly of his time as Mayor of Vancouver and his association with Christ Church Cathedral's "Accessibility for All People" campaign that successfully led to the building of an elevator, tower and wheelchair accesible washroom attached to the northwest corner of the church in 2006.

Construction preparation began last week on the project, which will see the installation of a new zinc roof to replace the Cathedral’s rapidly deteriorating 30-year old roof. The funding will also double the size of the Cathedral’s small street-level kitchen used for its longstanding community outreach program. The program feeds about 100 of Vancouver’s hungry each day during the coldest nine months of the year.

In addition, the project realizes a 40-year-old dream to build an illuminated glass bell tower next to the building, to ring out on Sundays, holidays and special celebrations of other faiths and communities in our city. An original design by internationally-renowned Canadian glass artist Sarah Hall has been chosen for the glass cladding of the new four-bell tower, which will be one of the most significant permanent, public visual art installations in downtown Vancouver in recent decades.

The “Raise the Roof, Ring the Bells, Feed the Hungry” campaign launched by Christ Church Cathedral last June has now raised more than $5.5 million, including the $1 million announced today, and a $2.5 million inaugural donation last year by the Jack and Darlene Poole Foundation, leaving about $2 million to go.

“Christ Church Cathedral has been enriching downtown Vancouver for more than a century. It is an inclusive, welcoming place of worship that embraces diversity, builds fellowship and helps those in need through its community outreach kitchen,” said Sullivan. “This expansion project will honour the church’s unique heritage while ensuring it can continue to feed the hungry and enhance the vibrancy and liveability of our city.”

“We are grateful that Vancouverites have embraced this campaign, which will enable the Cathedral to expand its compassionate service to the downtown community and preserve this historic building for generations to come,” said Peter Elliott, Dean and Rector of the Cathedral. Dean Elliott who has been the incumbent at Christ Church Cathedral for 20 years stood beside Mr. Sullivan during the announcement. “We’ve come a long way on the funding we need, thanks to this generous gift today from the province – but we have some distance still to go. As the scaffolding goes up and work begins, we hope the downtown business community and others will step forward to help push us ‘over the top’!”

When asked for comment, the Bishop of the Anglican Diocese of New Westminster, the Right Reverend Melissa Skelton said, “this generous grant recognizes the place that Christ Church Cathedral holds in Vancouver and British Columbia; and will help ensure that the Cathedral community continues to play a significant role in meeting the spiritual and physical needs of the people of Vancouver.”

For information about the Raise the Roof, Ring the Bells, Feed the Hungry campaign, please visit http://raisetheroof.thecathedral.ca/

Global News Coverage of the announcement.