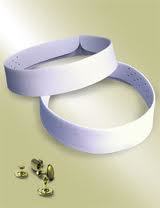 In light of the clericus vote, Bishop Michael has appointed the Rev. Richard Leggett as acting Regional Dean of Granville-Pt. Grey effective last April 1st until the Regional Dean, the Rev. John Oakes, returns from sabbatical at year-end.
Also, on the recommendation of their respective clericus votes, the Bishop has appointed the Rev. Paul Guiton (Incumbent of St, Dunstan Aldergrove) as Regional Dean of Yale (replacing the Rev. Sharon Salomons) and the Rev. Brian Vickers (Incumbent of St. Anne Steveston) as Regional Dean of Richmond-Delta (replacing the Rev. Paul Woehrle) effective as of last May’s Synod. Congratulations and our thanks to Sharon and Paul W. for their capable service as they step down.
The Bishop has accepted the completion date of June 30th, 2012, for the interim ministry at St. Michael's, Surrey of the Rev. Sue Foley-Currie. Sue is not disappearing off on the horizon but plans to have "sabbatical and lie fallow" for a spell! She is an invaluable member of Administration and Finance Committee.
The Reverend Wendy Eyre-Gray, Rector of St. John the Divine, Squamish, has announced her retirement to the Parish. Her contemplated final Sunday is July 29th. Wendy returned to parish ministry early in 2009 after a long stretch running a retreat centre on the Sunshine Coast, exercising her gifts in spirituality. It seems like yesterday that she was the newly-ordained curate for St. Mary's, Kerrisdale!
Also, we will soon say "farewell" to another priest of the Diocese on retirement. The Reverend Eugene Mbuya Kibundji intends to move to Sturgeon Falls, Ontario in Algoma Diocese. Eugene hopes to head east by July 1st. He is licensed currently as the Honorary Assistant for St. George, Maple Ridge, and will be well-known to many in that region as a supply priest from time to time.
As was announced earlier, the Bishop has appointed The Rev. Michael G. Fuller as Incumbent of St. John's, Shaughnessy beginning July 15th. He comes to us after a career as an engineer and senior executive until ordination 19 years ago. Michael is Rector of the United Benefice of St. George the Martyr, Campden Hill and St. John the Baptist, Holland Rd., Diocese of London. His Induction and celebration of new ministry will be 7:30 pm on Wednesday, September 12th.