Collation and Institution of the Dean 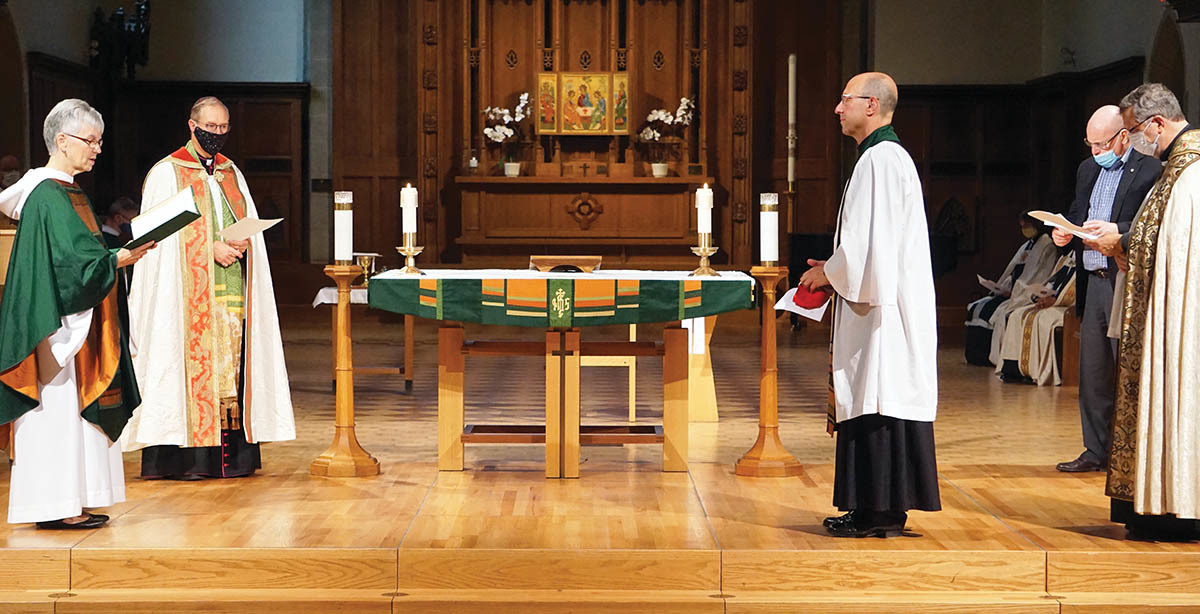 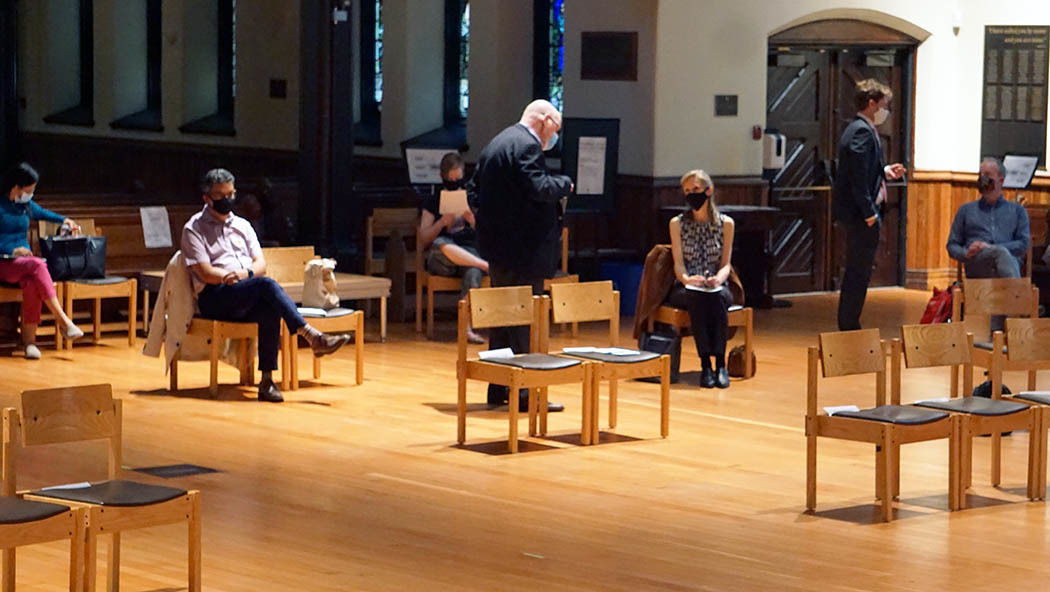 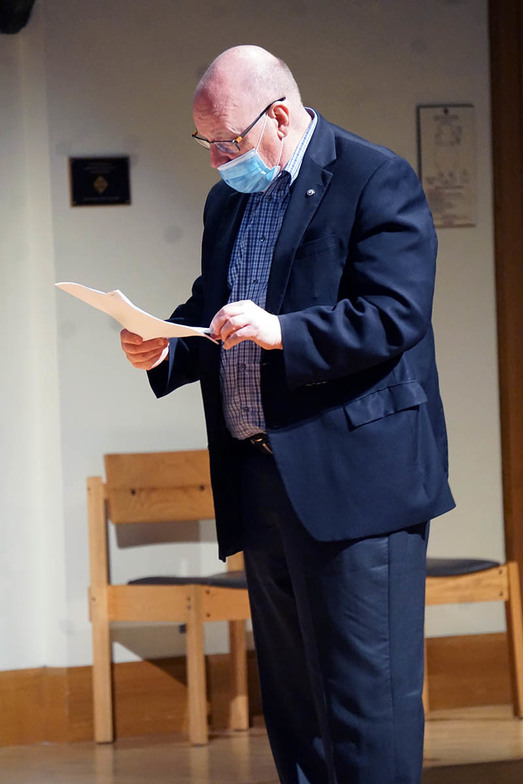 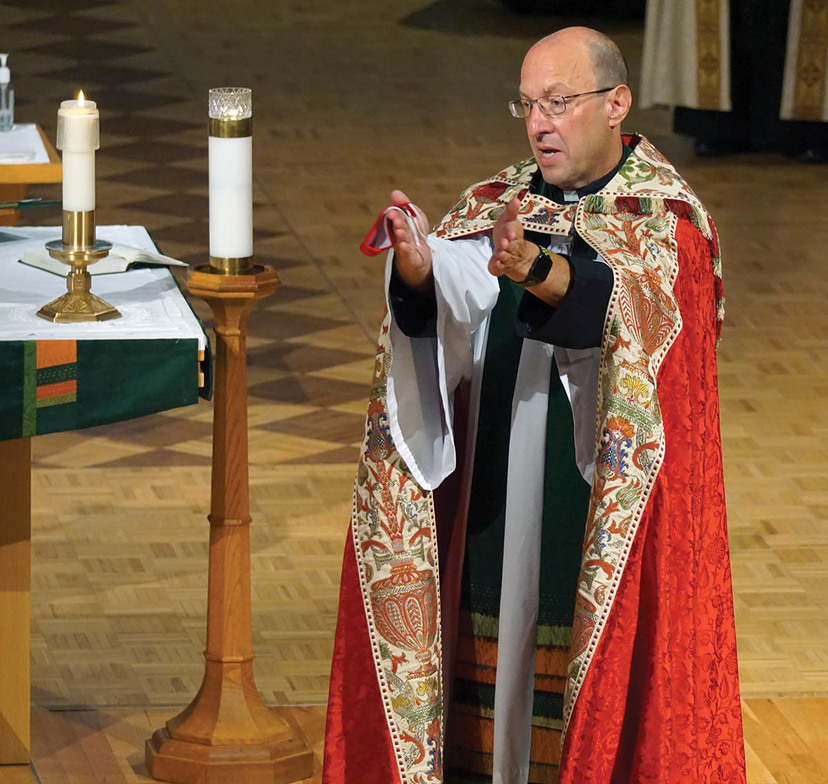 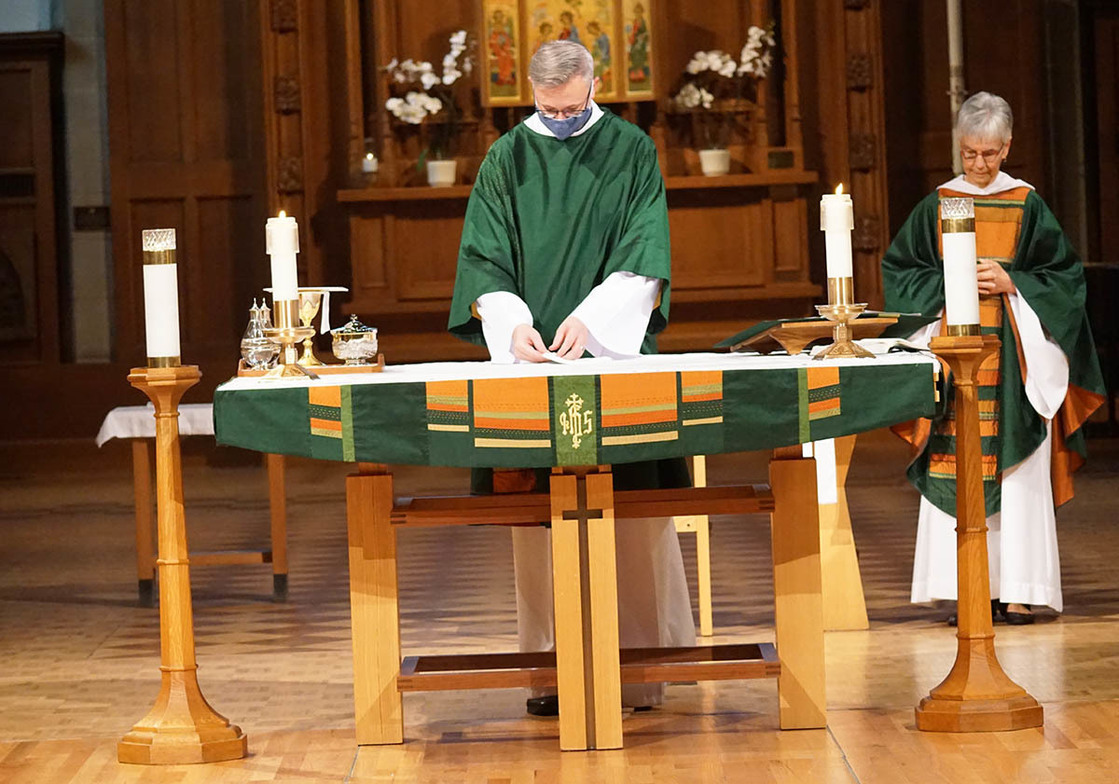 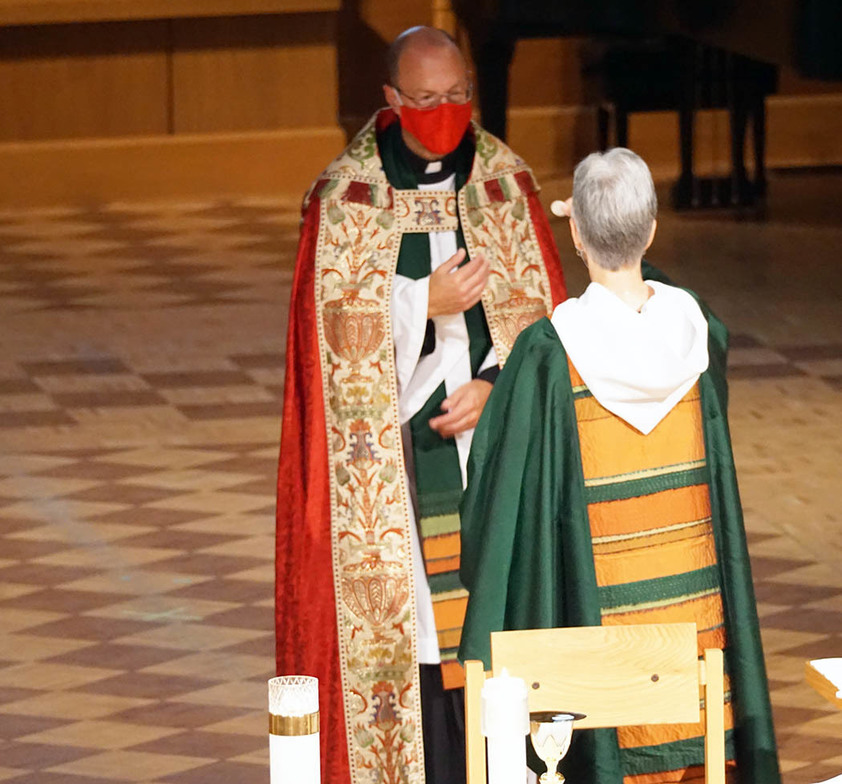 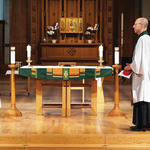 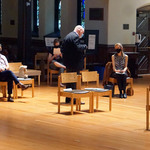 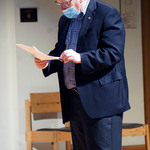 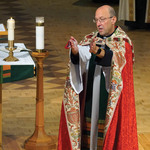 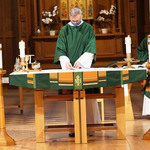 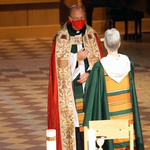 On Saturday, September 12, 2020, at approximately 10am in Christ Church Cathedral during a Celebration of the Eucharist, Dean-designate, the Reverend Christopher Pappas was collated and instituted the 10th Dean of the Diocese of New Westminster. He was appointed by Archbishop Melissa Skelton.

The Very Reverend Christopher Pappas was inducted by Archbishop Skelton as Rector of Christ Church Cathedral on June 28, 2020.

The Collation and Institution was part of the Holy Eucharist being celebrated at the beginning of the annual day long Retreat for Diocesan Council. Chaired by Archbishop Skelton, Diocesan Council is the governing body of the Diocese of New Westminster. Twenty members of Council were present for this the first in-person gathering of the group since March of 2020.

At the Eucharist, Archbishop Skelton presided and preached. Executive Archdeacon, the Venerable Douglas Fenton in his other role as Archdeacon of Vancouver received the Deed of Appointment from Rev. Pappas and installed him in his "stall in the Quire and as Chair of the Cathedral Chapter, and with all rights and privileges." Chancellor of the Diocese, George Cadman, QC, ODNW "declared that Rev. Pappas is admitted to the office of Dean of the Diocese of New Westminster with all its privileges and honours." Christopher Athan Pappas is now The Very Reverend Christopher Athan Pappas, Dean of the Diocese of New Westminster.

Archbishop Skelton took the Gospel for her text, Luke 6: 43-49 commonly referred to as “A Tree and Its Fruit” and “Build Your House on the Rock”.

She began her sermon saying:

“Houses and trees.  Yes, it can sometimes take more than one image to express the fullness of what Jesus is trying to say both to his disciples and to all of us who are listen to his words. Houses and trees.

And like all images, these two images—houses and trees—can trigger memories in us almost before the images get out of Jesus’ mouth.”

Archbishop Skelton reflected on personal experience connected to the passage and related to our current situation as Christians and church folks during this unprecedented time. Toward the end of her sermon she directed her message to the two major events taking place on that day at Christ Church Cathedral and what they may mean for the future:

"Today we embark on a pretty unusual year—a year of continuing pandemic with this Council working on how best to support the entire Diocese—a year of Episcopal transition with all the surrounding dynamics, with this Council continuing to do its work in the midst of a significant change. And, of course, right along with these two things, we have a new Rector of Christ Church Cathedral who will become the Dean of the Diocese today.

With all these challenges and changes, it would be easy to think we should postpone acting on anything of significance, thinking that there will be a later time, a better time, to act--you know, after the new bishop is consecrated or welcomed, after the new Dean is better oriented, after we learn even more about the effect of the pandemic on our parishes and people.

And, of course, some of this makes sense. At the same time, however, I believe that it is not accidental that we have been given this passage for today, a passage about the importance of taking action. For taking action is not only an organic expression of a healthy fruitfulness in Christ but it also, as our passage says, can strengthen our foundation that which will sustain us when more challenges come along and when more changes come our way."

(here is a link to the sermon posted on this website, TEXT ONLY) 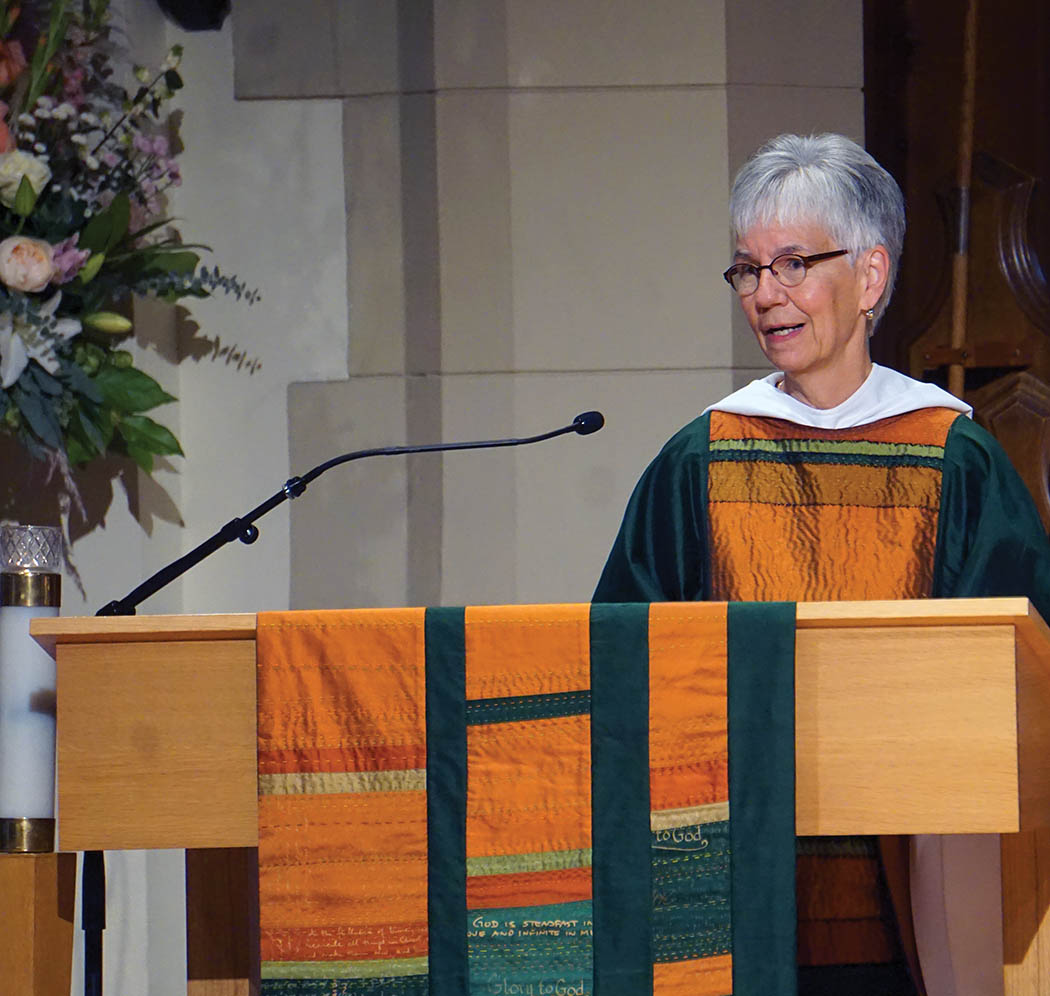 In addition to Council members, Cathedral Deacon, the Reverend Jeffrey Preiss was Deacon of the Word and Table, the regional archdeacons were present and seated in their stalls in the “Quire” and three of the Cathedral’s parish officers, who were members of the canonical committee were present among the limited in-person worshippers. The Rector of St. James’ and Archdeacon of Burrard, the Venerable Kevin Hunt also participated in the Collation and Institution.

Reflecting on the experience of the Collation and Institution, Archbishop Skelton said,

“It was a (physically distanced) experience of exhilaration for me to collate Chris as the new Dean of the Diocese.  Chris has a real sensitivity to the broader Diocesan picture, and so it is a right, good and a joyful thing to see him finally take on this role.” In the Body of the Text