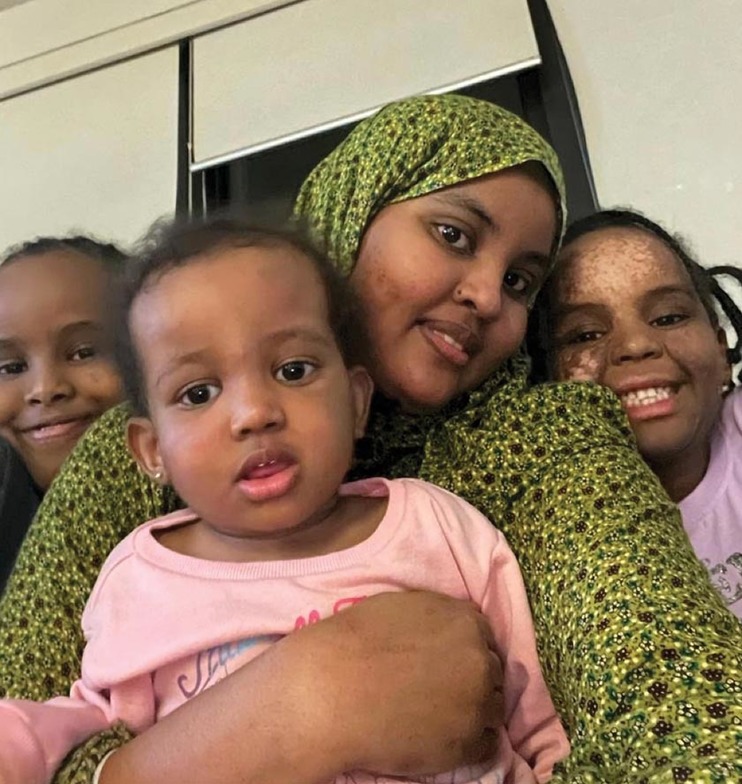 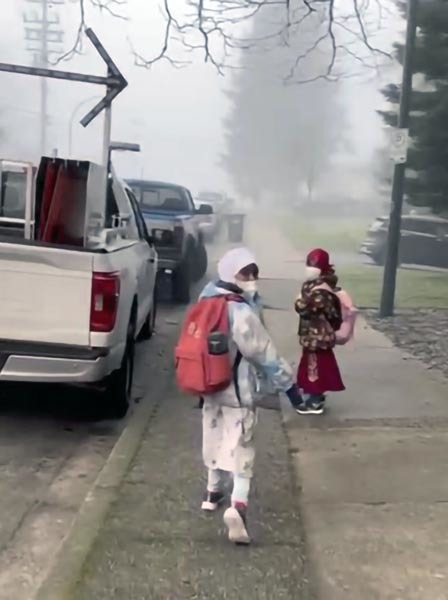 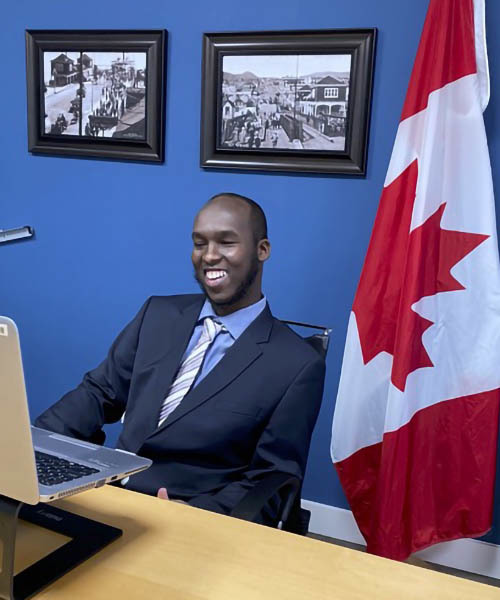 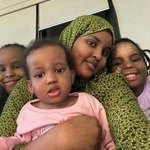 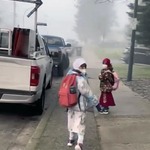 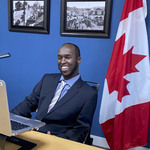 In October of 2021, while most of us were continuing to update our COVID boosters and figure out how to follow mandates, The Parish of St. Francis-in-the-Wood, Caulfeild welcomed a family of refugees as well! Nasri and her three young daughters arrived at YVR to the delight of her small welcoming party.

Nasri and her daughters joined family members who had previously made their way to Canada and they are now safe in an apartment in Surrey. The two older girls are going to school and everyone is learning a new way of life in a new chilly country!

Nasri and her daughters have had many years of struggle. They are originally from Somalia, but lived for many years in refugee camps. Nasri’s husband was killed because he worked against a terrorist group. Nasri suffered attacks and her two young girls were injured by an explosive device delivered to them in the guise of a gift. They are now receiving ongoing support for their injuries.

Nasri’s family has taken charge of their settlement in Surrey, near the rest of the family, but the team at St. Francis-in-the-Wood has provided furniture for their home and is providing the funds required for them to survive their first year in Canada. A huge thank you to the Social Outreach committee for all of their ongoing work to raise funds and to the woman who spearheaded the sponsorship, Ann Frost, who has had to step down for medical reasons.

Well done St. Francis and welcome to Nasri and her girls!

Bukhari arrived in Canada in September of 2016, and on Friday, January 28, 2022, he became a Canadian citizen! Bukhari is originally from Somalia and spent many years in a refugee camp before arriving. Bukhari is a determined young man who is visually impaired and working hard to make a good life for himself in Canada. After arriving, he worked very hard to improve his English, to learn to read and write in braille, learn to use a white cane, use transit, and to learn to use a computer. In June, Bukhari received an award from Vancouver Community College in recognition of his enthusiasm, full participation, and leadership skills within the program. Bukhari is always well-dressed and has a wonderful sense of humour. Congratulations Bukhari! You are a shining star and a wonderful Canadian.