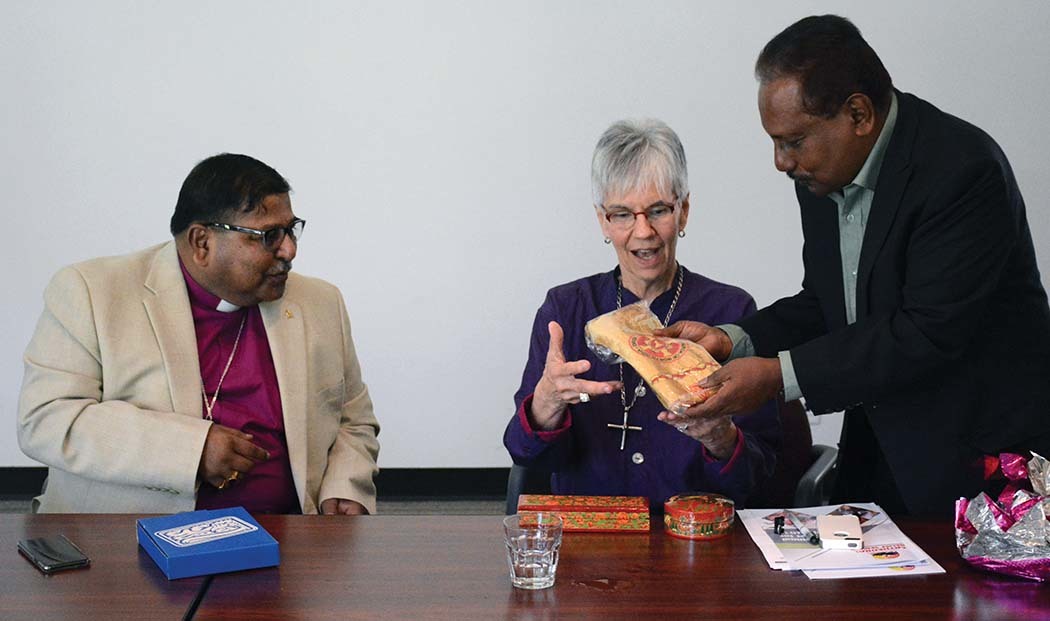 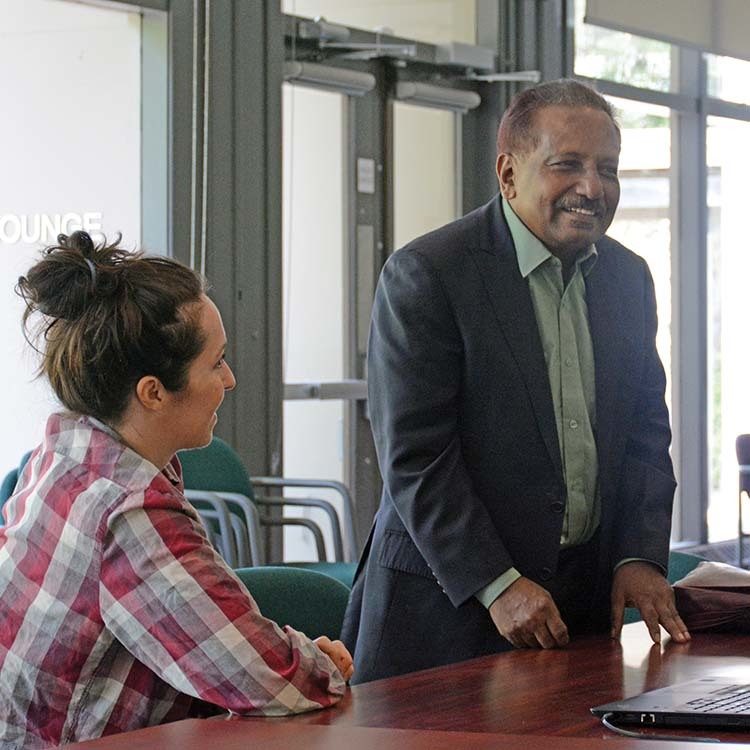 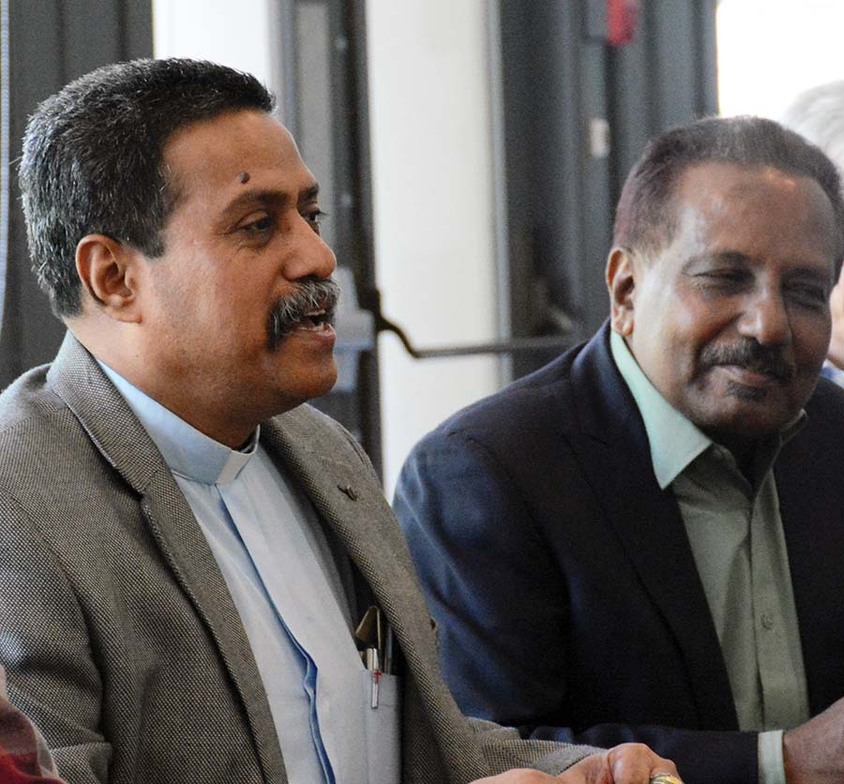 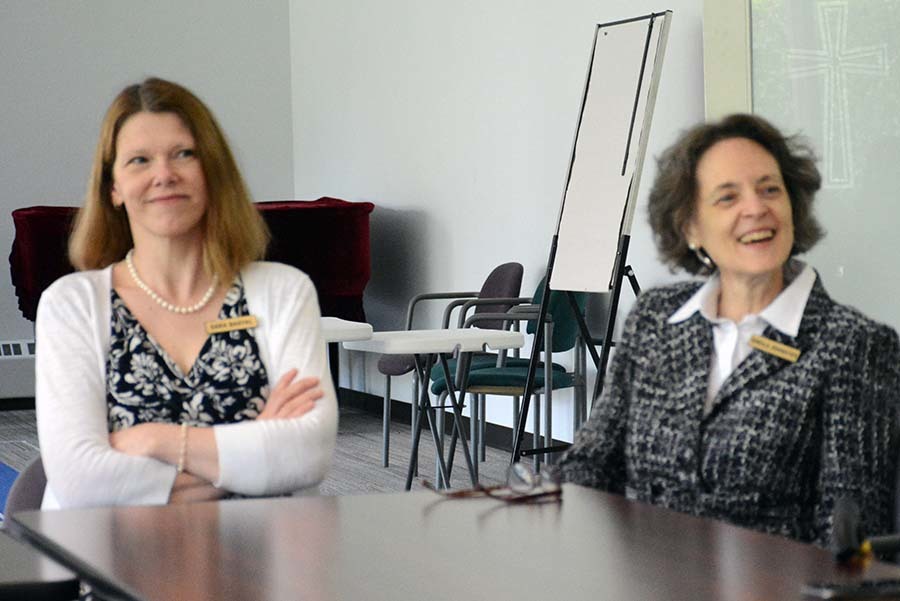 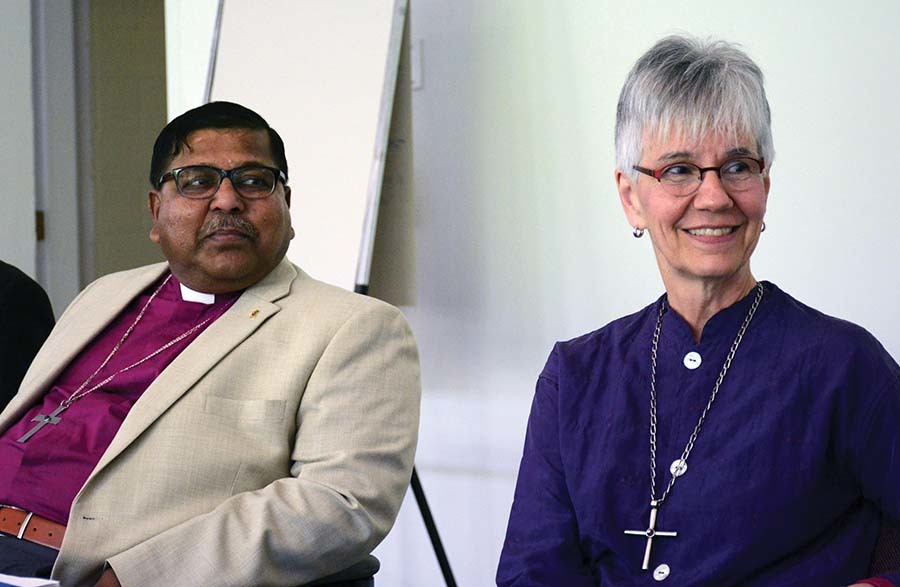 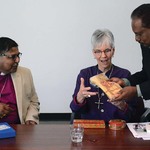 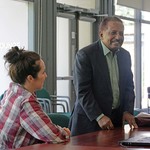 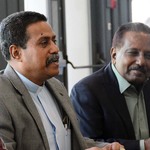 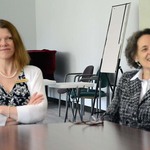 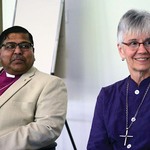 At lunch hour on Wednesday, May 16, 2018, Archbishop Melissa Skelton and the Synod Staff welcomed some visitors from the Diocese of Calcutta of the Church of North India. The visitors were the Bishop and Chair of Calcutta Cathedral Relief Service (CCRS), the Rt. Rev. Ashoke Biswas, the Executive Director of CCRS, Mr. Rig David and the Vice-Chair of CCRS, the Reverend Abhir Adhikari.

The Diocese of Calcutta is the seat of the Metropolitan, however the Metropolitan does not receive the honorific, "Archbishop".  Currently the diocese has jurisdiction over the corporation limits of Kolkata and the Districts of Hooghly & Howrah in the state of West Bengal. The bishop's cathedra (chair or throne) is located in the city of Kolkata at St. Paul's Cathedral and the compassionate service organization, CCRS formed in 1971 is based from there.

CCRS is a comprehensive outreach organization that has an impressive scope of programs and initiatives. In fact the list of services and opportunities provided by CCRS is overwhelming when viewed through the lens of those of us living in prosperity in the west. And the number of projects and programs continues to grow.

The organizations’ focus is on the well-being of vulnerable women and children, living in extreme poverty often without support of husbands and fathers in the slums of Calcutta. Of the 20 million who live in Calcutta, 25% are at risk and can easily fall prey to exploitation through unprincipled employers paying slave wages and human trafficking. CCRS offers programs that address three main pillars: Education, Healthcare, and Empowerment, providing  the basic tools and support so those that need help may meet their potential.

CCRS has support from around the world, primarily in the UK, but up until 2011 there was no organization supporting CCRS from Canada. Following a visit to St. Paul’s, Kolkata, Sheila Johnson who was at the time a parishioner at St. Mary’s, Kerrisdale (SMK) realized she was called to this ministry. With support from her husband, Simon Johnson, ODNW, she founded the Canadian Friends of Calcutta Cathedral Relief Service later that year and with the support of her workmate, Sara Badyal and three friends from SMK, David Swan, Keith Bunnell and Roma Palmer they began their plan to build this charity quietly but effectively. Money is raised for Cdn. Friends of CCRS primarily through the Penny Pot Teas. Annually “penny pots” (piggy banks) are distributed at an event and participants sign up to take one home and fill it with change throughout the year.  The 2018 Penny Pot Tea took place May 12, at Holy Trinity, White Rock with Bishop Biswas, Rig David and Rev. Adhikari in attendance. Detailed coverage of the Penny Pot Tea 2018 will be forthcoming on these pages of the diocesan website and in the September 2018 issue of Topic, the publication of the Diocese of New Westminster.

Sara, Sheila and Simon accompanied Bishop Biswas, Rev. Adhikari and Mr. David to the lunch at the Synod Office on May 16.

During the 90 minutes the group spent together, Rev. Adhikari narrated a slide show depicting the activity that takes places in the churches, schools and project facilities in the Diocese of Calcutta of the Church of North India. Rig David listed the number of services and initiatives that CCRS undertakes in order to deliver on its vision to serve the vulnerable  and following a question asked by Bill Siksay (Executive Assistant to the Archbishop and Executive Archdeacon, Diocese of New Westminster) about the merger of protestant churches in Northern India, Bishop Biswas gave a detailed, fascinating and sometimes amusing address about the merger of the Anglican dioceses in North India with the United Church of Northern India, the Methodist Church, the Council of Baptist Churches in Northern India, the Church of the Brethren in Indian, and the Disciples of Christ to form the Church of North India in 1970. He focused his address on how the liturgies and sacraments have developed from these diverse sources knowing that this would be of particular interest to Anglicans.

Following the food,  the presentations and the questions from Synod Staff, the two Metropolitans exchanged gifts. Archbishop Skelton was overjoyed to received beautiful hand decorated containers and a gold stole.