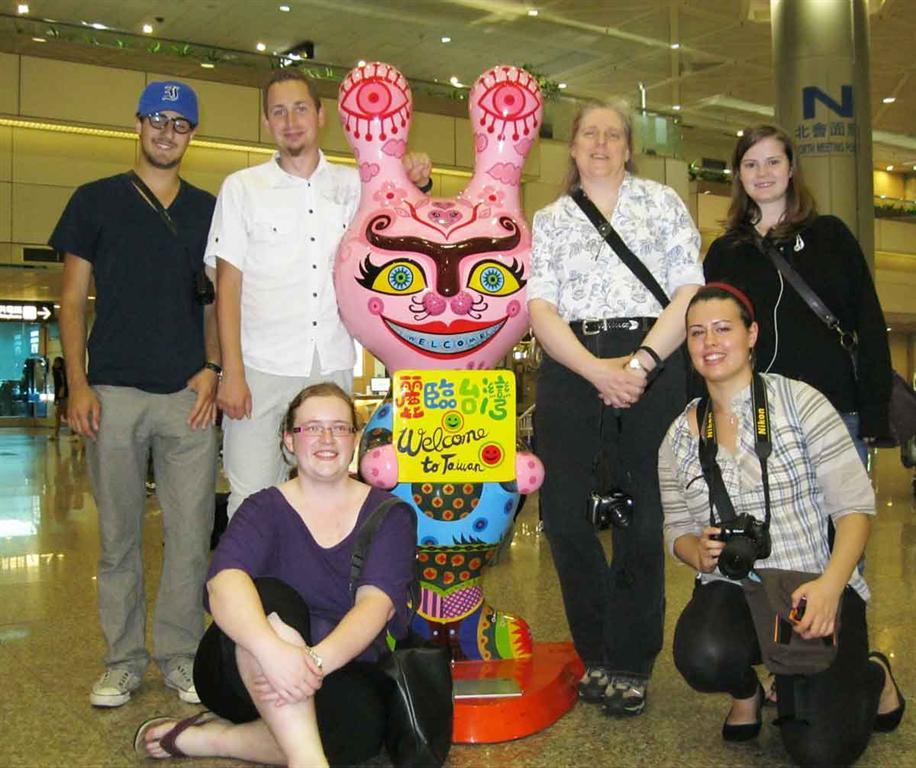 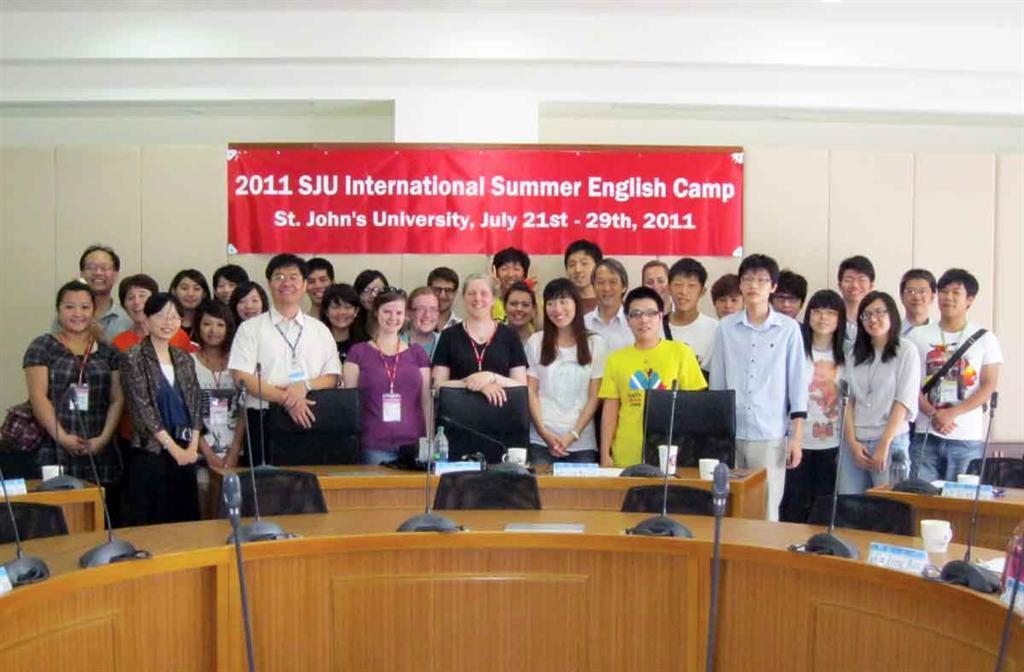 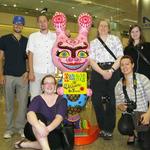 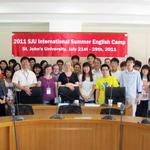 Photo one shows the Vancouver Youth Delegation arriving at the Taipei airport and photo two is the opening of the 2011 International Summer English Camp being held in Taipei at St. John's University, July 21st-29th.
Diocese of New Westminster Youth Ministry Coordinator Phil Colvin (fifth from right in the back row in photo two and more visible standing to the left of the "welcoming figurine" in photo one) was one of the principal of the organizers of this event that developed from meetings held during his visit to the Episcopal Diocese of Taiwan this past February.
We look forward to more updates from this exciting international Anglican Youth event.