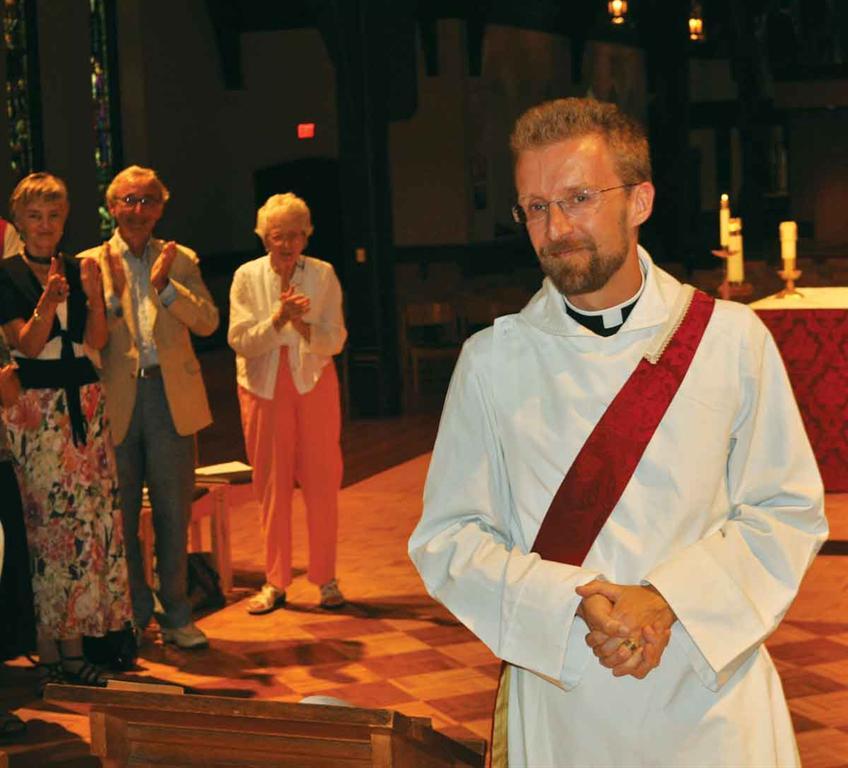 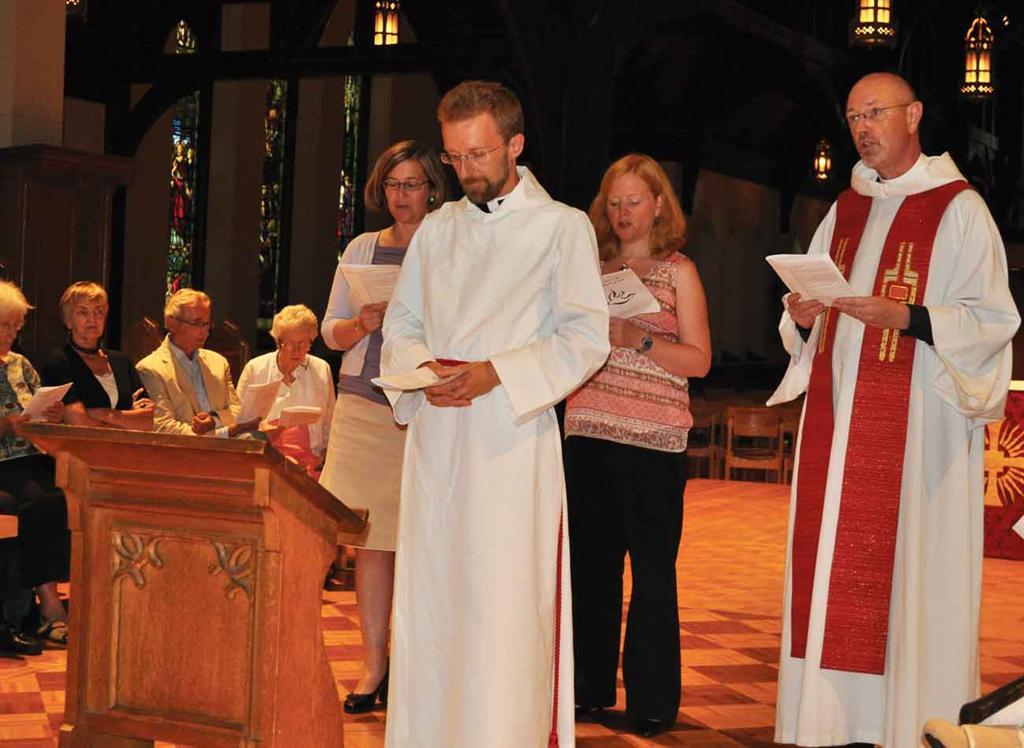 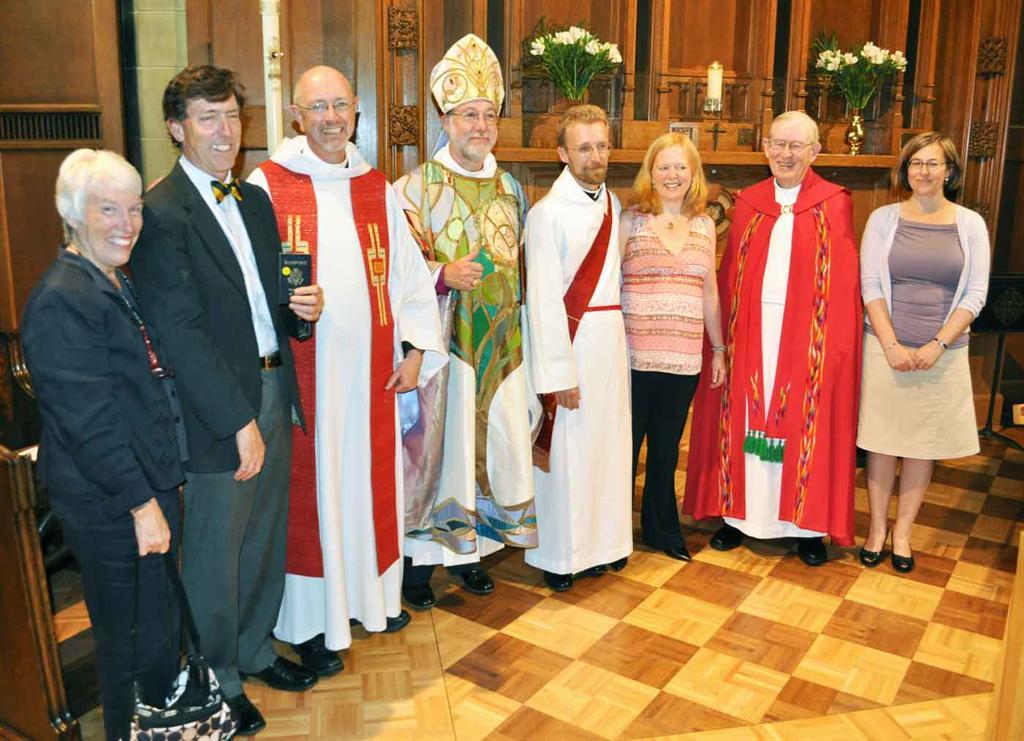 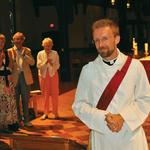 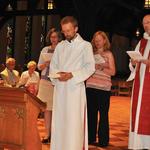 A rather unusual Service of Ordination took place in the chancel of Christ Church Cathedral on Sunday afternoon, August 14th, 2011as Cathedral parishioner and postulant of the Diocese of New Westminster, Martin Elfert was ordained a Transitional Deacon in the Diocese of Spokane.
Martin, who graduated with academic distinction this past spring from Church Divinity School of the Pacific in Berkeley, California has been appointed a curate at St. John the Evangelist Cathedral in the Diocese of Spokane.
Bishop Jim Waggoner of the Diocese of Spokane and Bishop Michael Ingham agreed that Martin be ordained in his “home” church. Bishop Waggoner was scheduled to ordain Martin, however on Thursday, August 11th he discovered that his Passport had expired and he would not be able to get through the border. Bishop Waggoner quickly sent off a request to his friend and colleague in the Diocese of Oregon, Bishop Michael Hanley who agreed to travel to Vancouver for the ordination.
The intimate surroundings of the chancel space worked extremely well for this liturgy.
At the beginning of proceedings, Dean Peter Elliott welcomed everyone and reminded them that for the next 75-90 minutes they would be in the Diocese of Spokane an Episcopal Diocese of the Episcopal Church, USA.
Martin was presented for ordination by: his spouse, Phoebe MacRae, a member of his discernment panel at CCC, Elizabeth McCausland and Dean Peter Elliott.
The homilist for the ordination was Martin’s father-in-law, Archdeacon Robert (Bob) MacRae former Incumbent of St. John the Divine in Victoria, BC. Archdeacon MacRae used a number of sources in his sermon to illustrate the nature of vocation. Without a doubt Martin’s “call” is real, he may not understand the call or why he was called but what really matters is that God understands why Martin is called to ordained ministry in the church.
Music in worship was led by the Cathedral’s Organist and Director of Music, Rupert Lang and a choral quintet made up of members of Cathedral Choir.
Martin and Phoebe were attended by their two children, and many family members and friends.
It was a wonderful experience for all present and a great start for Martin as he embarks on his vocation of ordained ministry in God’s church.
Images: Top left: Martin is presented for ordination by his sponsors. Middle right, the newly ordained Reverend Martin Elfert. Below: The Principals. from left to right: Carol Anne Brown, Dean Bill Ellis (of St. John the Evanglist Cathedral in Spokane cleverly displaying his valid US Passport), Dean Peter Elliott, Bishop Michael Hanley, the Reverend Martin Elfert, Phoebe MacRae, Archdeacon Bob MacCrae, Liz McCausland