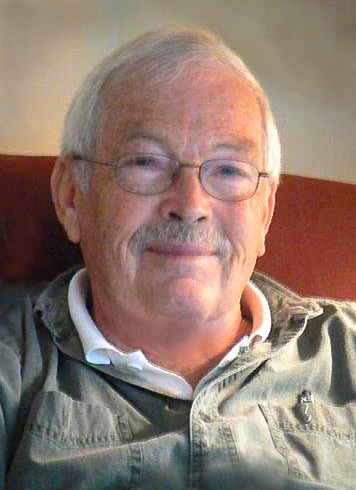 Dirk was born February 1, 1939, in Nyssa, Oregon.  He graduated from the University of Oregon in 1961, studied theology at Church Divinity School of the Pacific in Berkeley, California in preparation for the Episcopal priesthood, and then served three parishes in the Diocese of Eastern Oregon, before moving with his family in 1978 to direct the Sorrento Centre of the Anglican Church of Canada.  From 1984 to 1991, he served as associate priest at Christ Church Cathedral, Vancouver.

Moving to Kaslo in the Diocese of Kootenay in 1991, Dirk and Karen served the seven congregations in Nakusp, New Denver, Kaslo, Balfour, Willow Point, Nelson, and South Slocan. As Missioner of the Kokanee region for twelve years, Dirk was a pioneer in developing innovative ways the Anglican Church might continue to know a healthy presence in communities that have difficulty supporting traditional ministries. Dirk believed each faith community had all the gifts necessary to be alive to the teachings of Jesus…caring for one another and for the world about them…ever-building the spiritual strength and confidence of the membership. He ended his professional life as Archdeacon of the Kootenays, while serving voluntarilly as priest to the end.

Dirk served as president of the Kaslo Hospice Society and served on the board of the Community Fund of North Kootenay Lake Society. Both in Vancouver and Kaslo, Dirk encouraged and supported refugee sponsorship, and served three years on the board of the Primate's World Relief & Development Fund of the Anglican Church of Canada. Although a diagnosis of chronic leukemia slowed him down during the past two years of treatment, he continued living life to the fullest, with gratitude for each new day.

The Memorial Eucharist will be October 3, Friday, 1:30 pm at St. Mark's Anglican Church, followed by a reception at St. Andrew's Hall, Kaslo.  In lieu of any flowers, the family welcomes donations either to Kootenay Lake Hospital, [3 View St. Nelson BC V1L 2V1] or to “St. Mark’s Church – Together in Mission Campaign”. [Box 1059 Kaslo. BC V0G 1M0]  Online condolences may be expressed at www.thompsonfs.ca .
Tweet