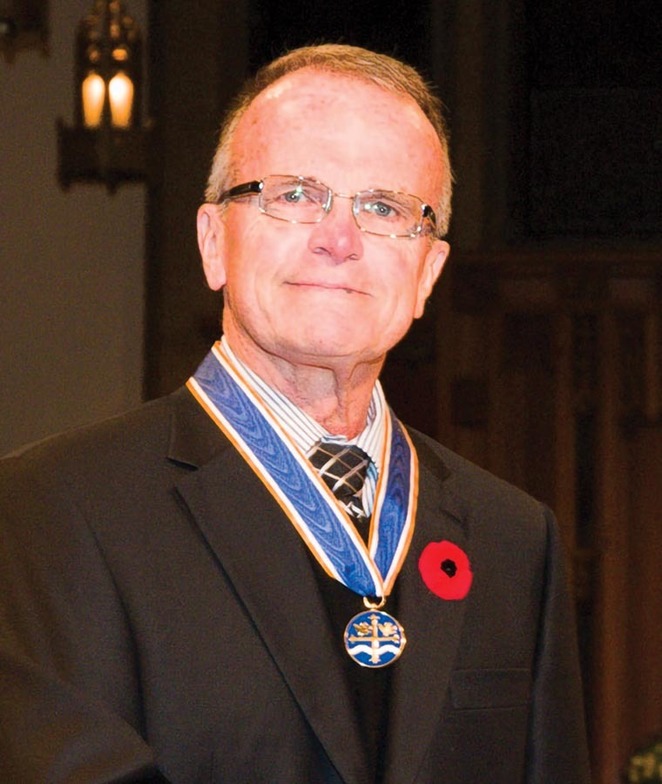 Douglas (Doug) Harry Williams died on Tuesday, November 10 after a long period of ill-health. Doug was congratulated on his investiture into the Order of the Diocese of New Westminster (ODNW) for the Church of the Epiphany by the Most Reverend Fred Hiltz in November 2013.

Doug Williams, with Carol his marriage partner of 50 plus years, has been a rock in the life of Epiphany since the church opened its doors in 1970.

Over those years, Doug has been involved in almost all aspects of parish life at Epiphany. This has included six terms as Warden, chairing the Honouring our Commitment campaign, as well as being chair of a support group for deacon Len Dyer. For many years Doug has been Chair of the Building Committee and co-chair (with Carol) of the capital campaign to replace the Epiphany building. His leadership was key to the endurance required to see this project continue.

Doug was a deeply spiritual man who was always willing to put his time and energy into any project, plan or event at Epiphany.

During the last ten years or so he faced considerable health challenges with determination and courage. It never stopped him from carrying on with using the gifts God gave him to further the mission and ministry of the parish. Carol supported him throughout these years with her own grace and patience.

Everyone who knew Doug (he had many friends) could not help but love him for his faith, his humour and his respect for other people. He will be deeply missed by family and friends alike, but we will all be so glad he was a part of our lives.

Over the past 40 years, Doug has been involved in almost all aspects of parish life at Epiphany. This has included six terms as Warden and chairing the Honouring our Commitment Committee (just to name two). He has recently taken on the Chair of the Building Committee and the Capital Campaign.

Monthly Cycle of Prayer Updated Clergy News Around the Diocese: May 2021 The Sacred Circle - "Beginnings"