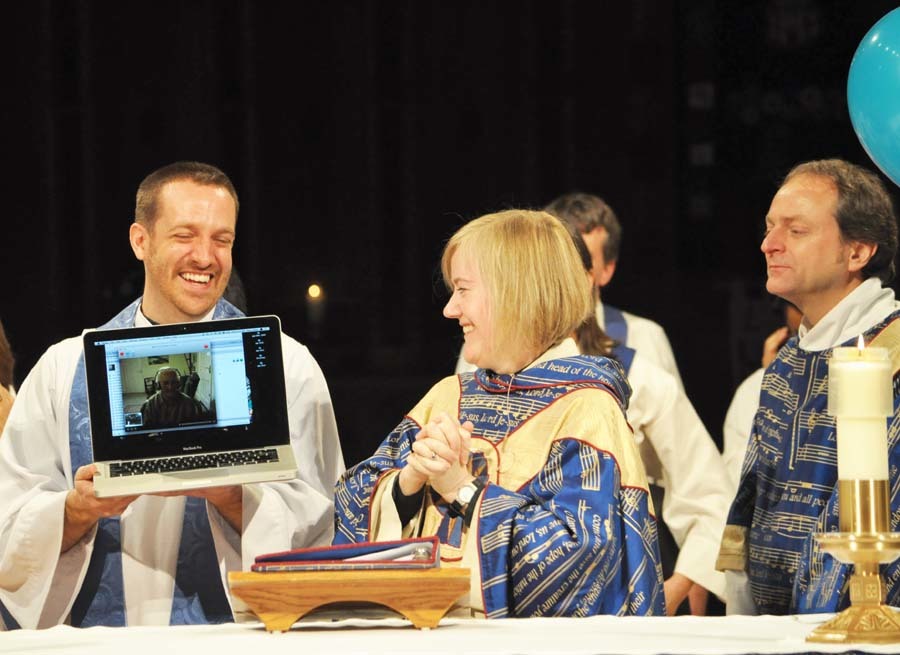 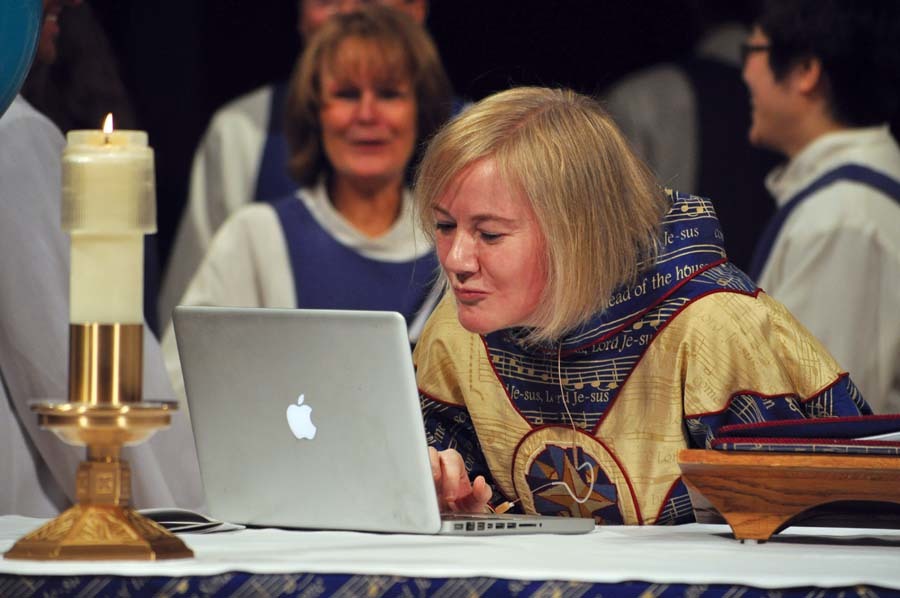 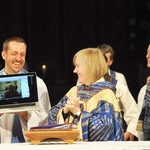 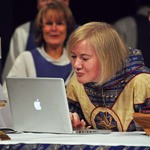 The community of Christ Church Cathedral, Vancouver concluded the Advent II Celebration of the Eucharist with a little extra celebrating on December 9th, 2012, the 50th birthday of Cathedral priest associate and Archdeacon of Burrard, the Ven. Dr. Ellen Clark-King.
After communion, Cathedral Choir went into the stalls in the chancel instead of returning to the gallery and they led the singing of the final hymn from that location. As soon as the hymn concluded the choir formed around the altar and around Ellen who was presiding at the Eucharist. Dean Peter Elliott announced that there would be a special celebration and as he spoke the lighting in the church dimmed illuminating the chancel entrance, balloons were brought in and Cathedral curate, the Rev. Chris Dierkes brought out a laptop containing the Skype image of Ellen’s mother Liz, joining in the celebration from her home in England. Ellen was overjoyed to see her mum on Skype and have her participate.
Next up, the choir offered a pseudo-psalm, entitled Psalm 152 – Happy Birthday to You which expressed the community’s love and respect for Ellen set to Anglican chant. The faux psalm was followed by a dynamic Happy Birthday played by Cathedral organist and director of music, Rupert Lang.

Images, Top and homepage,  Ellen’s mother, Liz Clark gets to see the Cathedral Congregation demonstrating their warm appreciation for her daughter. Below, Ellen purses her lips to blow her mum a kiss goodbye following the 50th birthday celebration.