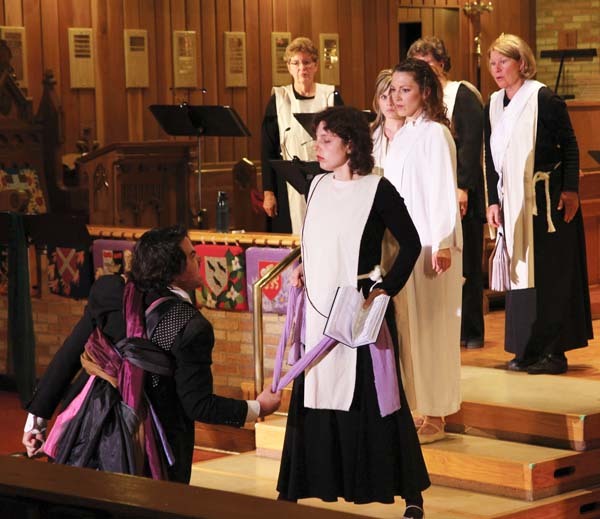 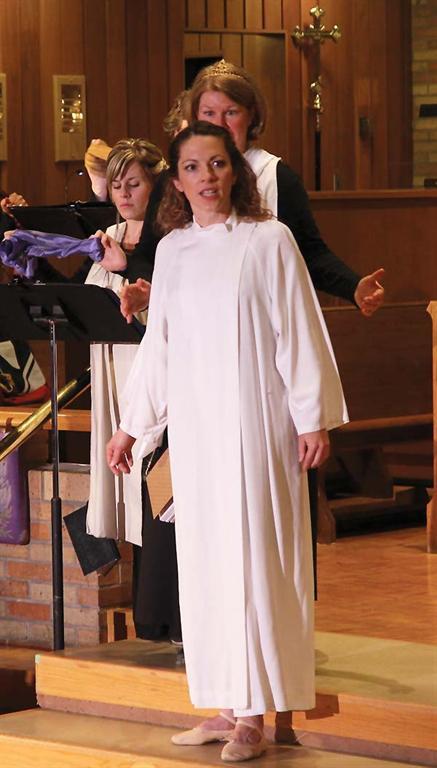 Hildegard von Bingen fans in Vancouver are in for a treat when an Edmonton- based ensemble, THE ORDO COLLECTIVE, brings their production of Ordo virtutum to Vancouver, September 16, 3pm at Christ Church Cathedral.
Tickets are available at the door or in advance from BROWN PAPER TICKETS . $15 which $16.52 with the service fee.
Much of Hildegard’s music, with its distinctive ethereal sound reminiscent of Gregorian chant, has been recorded and has found a surprisingly wide audience. However, her one-act medieval drama depicting the universal struggle between the Virtues and the Devil for Anima (the soul of a young novice) is rarely performed. Ordo is a powerful and moving work that presents a musical and acting challenge to the most gifted of singers.
The Ordo Collective has shown they are up to the challenge. Their premiere last spring in Edmonton moved many to tears and won new fans for the remarkable Benedictine nun who was certainly one of the pre-eminent figures of 12th century Europe.
Popularly venerated as a saint within a few years of her death, Hildegard will finally receive recognition from the Vatican this year when she is canonized.
During the last 30 to 40 years, theologians, musicologists, historians and film makers have contributed to a renewed interest in Hildegard, her music and
her visions. Ordo virtutum shows us yet another dimension of her genius.

Images, Top and Homepage, The Devil (Garrett Spelliscy) confronts Chastity who is standing in front of Anima (Twilla MacLeod). Right side,  Twilla MacLeod as Anima