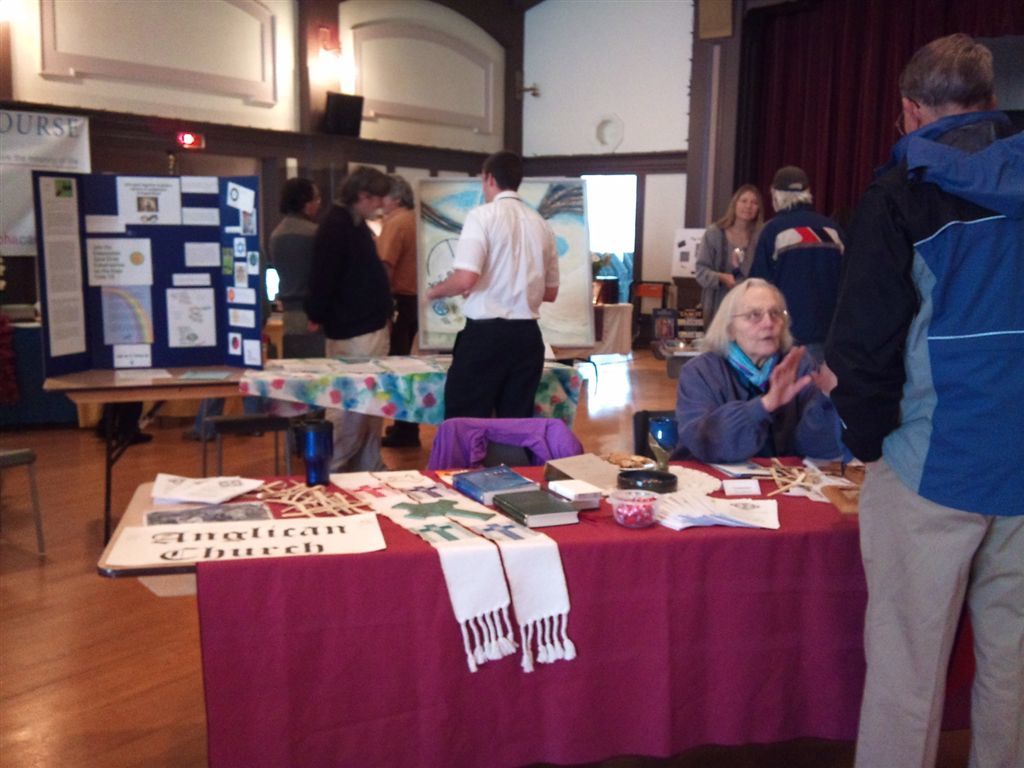 St. David & St. Paul Parish, Powell River, took part in an Interfaith Fair on April 21, 2012. Twenty-seven religions and philosophies each had tables displaying material. Rev. Adela Torchia attended a number of organizational meetings in advance, and our Parish Council agreed to have us be one of the Christian groups represented there. It was a great event attended by about 360 people and an impressive example of friendliness and respect amongst a wide range of religious and spiritual groups ... boding well for a future in which global tensions around religious differences might be reduced.
Image: Marian Buller seated at the table speaks with folks attending the fair.