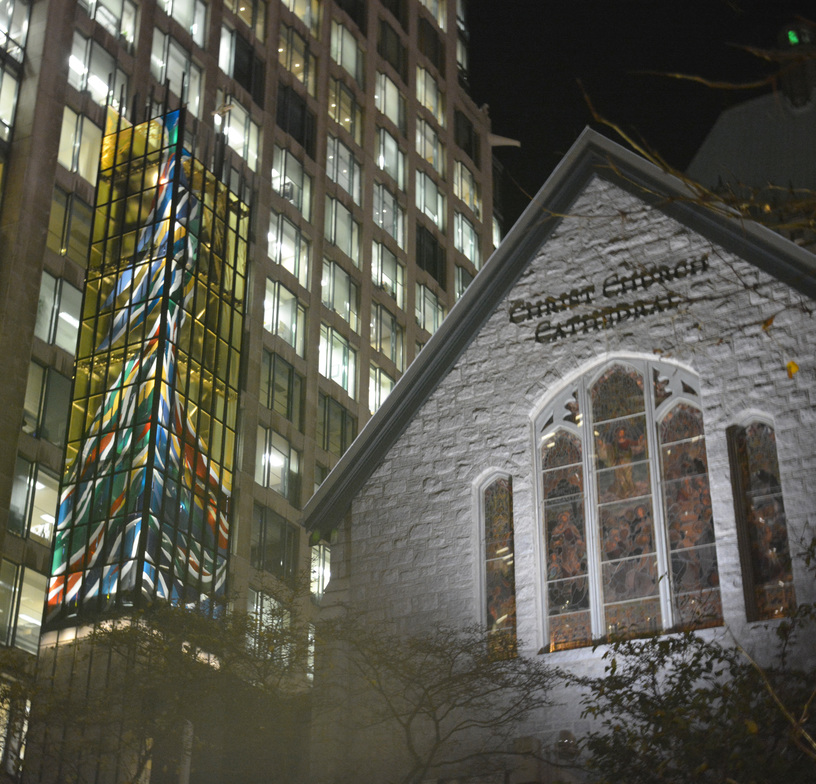 An Interfaith Service of Prayer in solidarity

with the Islamic Community of Greater Vancouver

"The sounds of prayer at the Quebec Islamic Cultural Centre were shattered by gunfire at approximately 8pm, EST, on January 29, 2017. Six people were killed, 19 were injured (five critically injured), and dozens more were scarred by the chaos, suffering and death they experienced.  My belief is that when one of our houses of prayer is attacked, all of our houses of prayer are attacked-whether that house of prayer be a Christian church, a synagogue or a mosque. I invite all to join with me and religious leaders from BC’s lower mainland as we remember those who were killed in this horrific attack and pray that God’s peace rest upon this country and especially on all who gather for worship and prayer."

All are welcome to the Cathedral at 3pm on Friday afternoon to pray for peace in the world.  Prayers will be offered by religious leaders from many faith traditions An act of remembrance will be made for those who were killed in Quebec City: Azzeddine Soufiane, Khaled Belkacemi, Aboubaker Thabti, Mamadou Tanou Barry, Ibrahima Barry, and Abdelkrim Hassane, with prayers for their families and friends and for all who were affected by this act of violence.

Please share this information on your social networks and electronic sites.