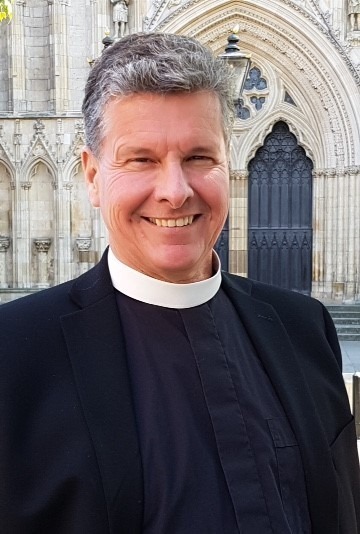 The following is from that statement:

The Rev. Canon Dr. Richard LeSueur has served for 40 years as an Anglican priest in Western and Central Canada, and in the Diocese of Jerusalem. In the 1990’s he served on the teaching staff of St. George’s College, Jerusalem as the Director of the Desert Program and more recently returned to St. George’s College to serve through an interim period as Acting Dean . Since 1983 he has facilitated more than 45 excursions for clergy and laity into the biblical lands. He has also led several workshops at Sorrento Retreat Centre here in B.C. In 2016 Richard retired from congregational ministry to serve the Church more widely. Since then he has been a speaker at various diocesan synods, clergy conferences and retreats, and has been serving as the Middle East Liaison for the Anglican Church of Canada.

Rev. Canon Dr. LeSueur says, “One can never project the trajectory of life. Five decades ago, and more, I was a young chorister at Christ Church Cathedral, Vancouver. Today, the great privilege has been given to return to the Cathedral that has become a renowned beacon of lived Christian spirituality, imagination, witness and inclusivity of all. With delight I have accepted Archbishop Skelton’s appointment and the invitation of the Transition/Search Team to serve as Priest-in-Charge of the Cathedral community through this approaching interim period.”

Cathedral Trustees and Staff look forward to welcoming Rev. Canon Dr. LeSueur to the Cathedral in the fall.

More information about the canonical process to select a new Rector of Christ Church Cathedral will be communicated as it becomes available.