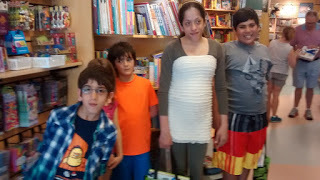 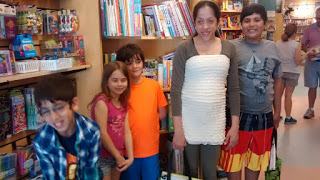 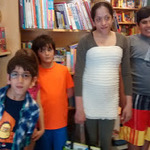 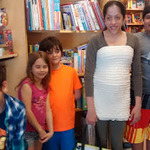 The Abdulhafiz family are the first family of refugees connected to the Syrian crisis, and sponsored by the Regional Ecumenical Support Team (REST) which is associated with the Diocese of New Westminster through the diocese as an SAH (Sponsorship Agreement Holder) to arrive in Canada. They arrived at YVR at 4:45pm on January 15, 2016.

Three and half months have passed since Honada, Said, Nour, Ahmed and Ibrahim were welcomed to Canada and its been two and half months since they moved into their home in the Blueridge neighbourhood.

Shannon Muir, one of the coordinators is maintaining a blogsite that covers the activities of REST and its participation with the family. There are also reports on the blogsite of other refugee initiatives that are currently in process and awaiting completion. The following is from the May 2, 2016 blog entry, many thanks to Shannon for sharing this with the diocese.

“Yesterday was a lovely day for our (Abdulhafiz) family. I received an email awhile back about an ‘8 year old art sale’. Two 8 year olds and a 10 year old, who are friends had an art sale to raise money for refugees. They raised $202! These lovely kids wanted to use the money to purchase books for our kids. Since there has been so much going on, it took me a while to get organized, but we finally met up at Kid's Books in Edgemont Village. Kids Books gave the kids a 10% discount on their purchases. When we first got there, they seemed quite overwhelmed about what to do, but the staff person was very helpful and they all found wonderful books. Each of the three kids chose an art kit, Ibrahim chose books about animals, Ahmad was very excited when he found a graphic novel series he had been reading from school, and Nour was thrilled with books about fashion and an adult coloring book. They had $10 left, so Ibrahim picked out some fancy colored pencils and they each got a cool Kid Books shopping bag to carry their treasures in. What a treat for these three.