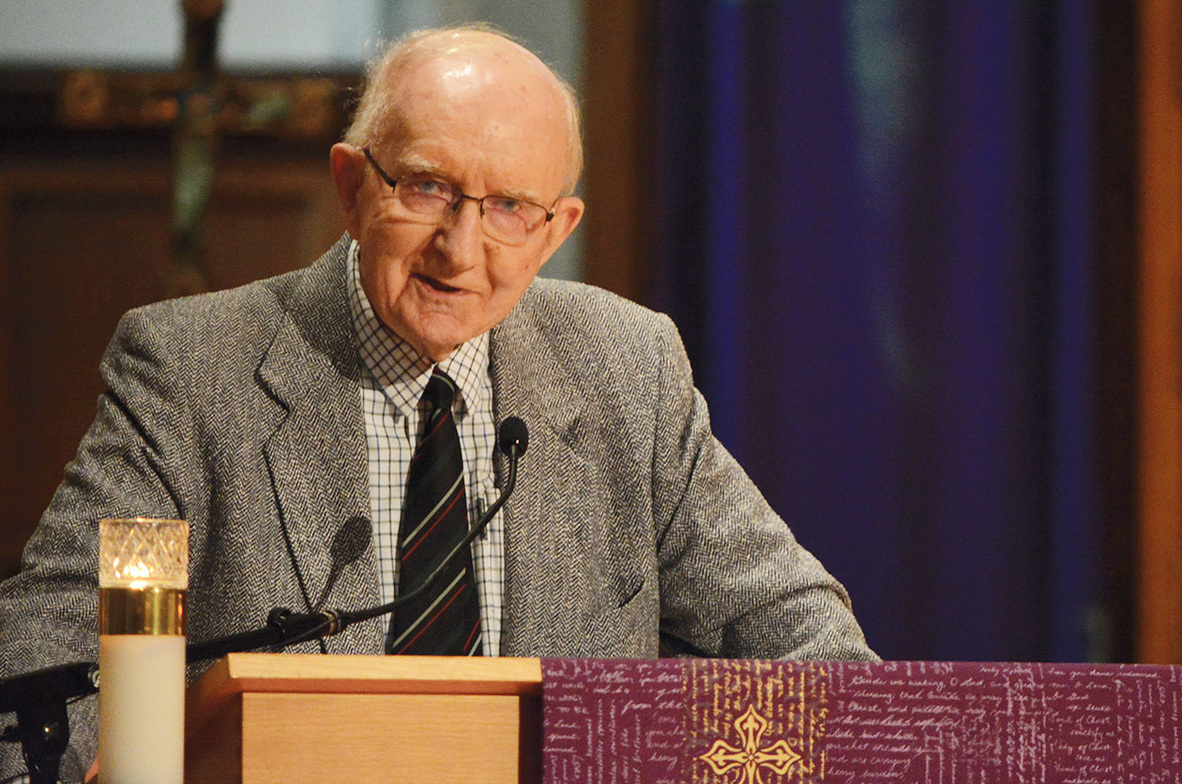 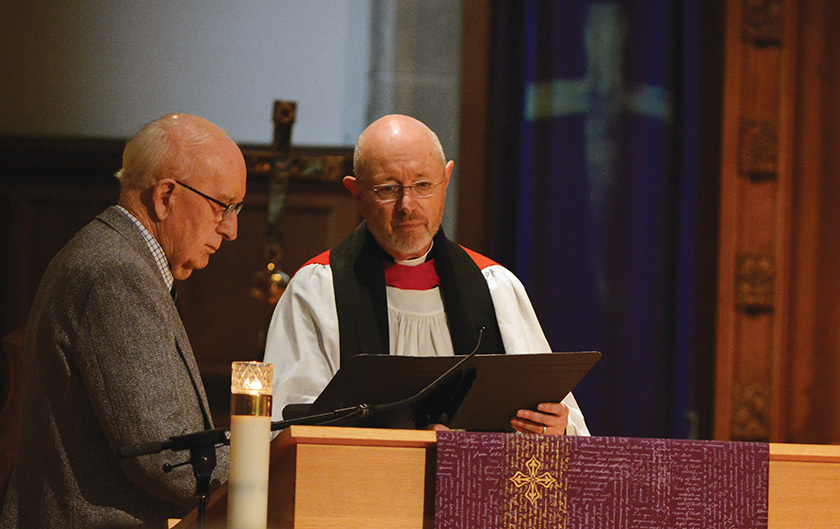 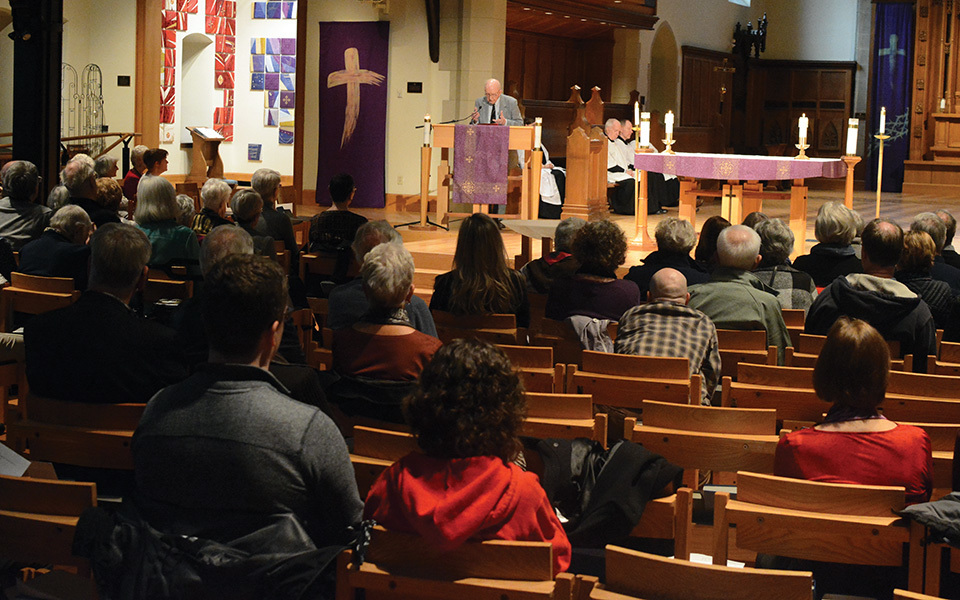 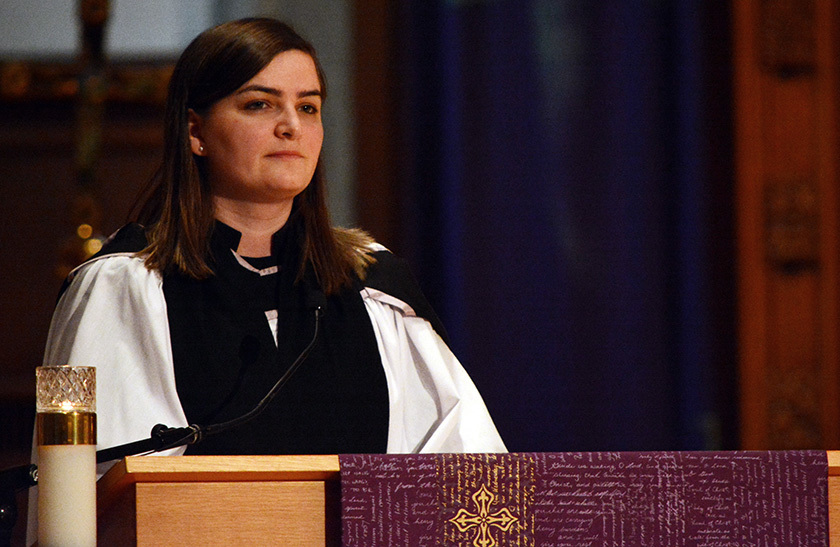 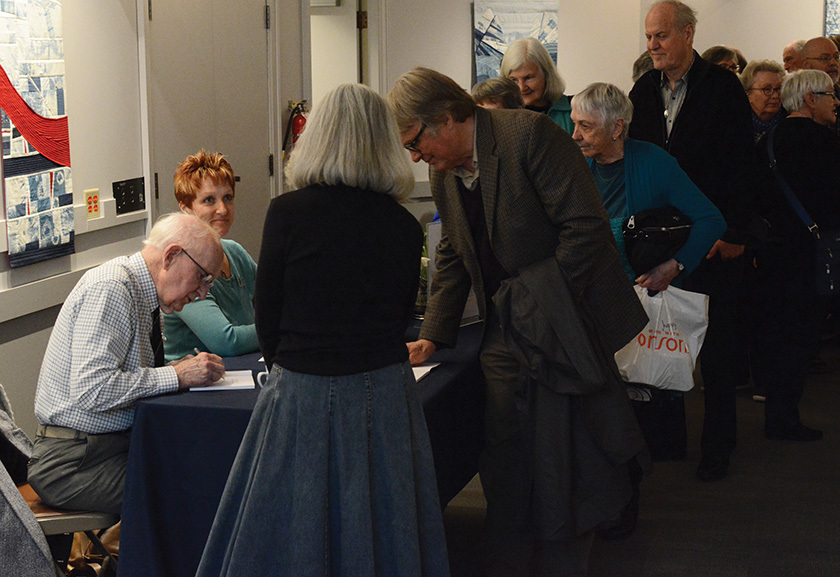 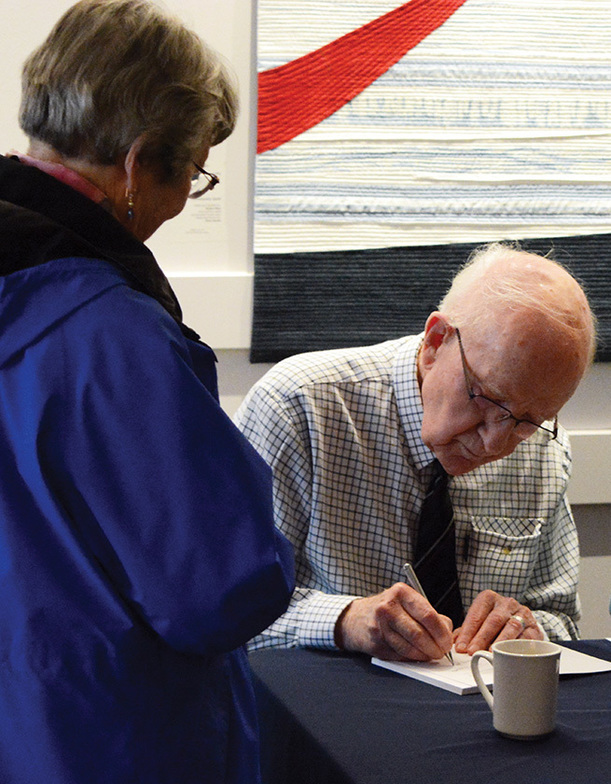 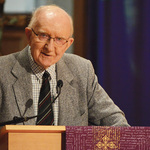 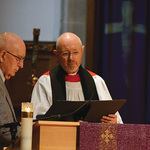 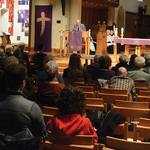 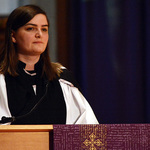 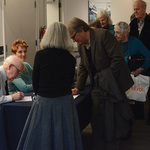 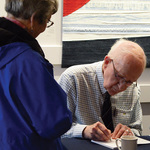 Sunday afternoon, March 24 at 3pm, approximately 150 people gathered in the nave of Christ Church Cathedral to “lighten their darkness” and worship in the context of Evensong, arguably the most traditionally Anglican of liturgies.

Cathedral Choir under the direction of organist and director of music never sounded better as they led the music in worship featuring repertoire that included: Paul Halley’s  Responses, commissioned by Trinity cathedral Choir, Sacramento CA (copyright 2001); Herbert Howells’ Magnificat and Nunc Dimittis (Collegium Regale); a beautiful setting of Psalm 119 by Rupert Lang; and the challenging O Lorde, the Maker of All Thing, text by King Henry VIII set to music by British Composer of South African descent, John Pierre Herman Joubert. Joubert died at the age of 92 this past January.

Dean of the Cathedral, the Very Reverend Peter Elliott, DD welcomed the congregation, Cathedral Vicar, the Reverend Helen Dunn led the prayers and the Cantor for the liturgy was tenor soloist, Byron Hanson.

As beautiful as the music was, many were in attendance to hear the homilist who had travelled to the cathedral from his Vancouver Island home, the Reverend Canon Dr. Herbert O’Driscoll. Herb or Herbie as he is fondly known has recently had a new book published called, A Greening of Imaginations – Walking the Songlines of Holy Scripture. The book is a collection of stories and reflections inspired by scripture. It is not a collection of sermons nor is it an examination of scripture. Many of the pieces that have been published in the diocesan publication, Topic over the past three years are in this book. Canon O’Driscoll was Dean of the Diocese of New Westminster and Rector of Christ Church Cathedral from 1968-1982.

In the pew bulletin, Canon O’Driscoll’s presentation was titled The Third Lesson and took place following the Collects and before the Anthem, Closing Prayers and the Closing Hymn of the liturgy, O God, Beyond All Face and Form. Dean Elliott prepared the ambo for the reading and Canon O’Driscoll now at age 90, paused for a while, changed his glasses and greeted the congregation. He asked that they indulge him five minutes of context and began by saying that the phrase “a greening of imaginations” which he had remembered from a poem is a phrase he would use at clergy conferences to suggest an environment where clergy move away from just communicating information during their Sunday sermons to “evoking a response.”

He said that for him his “Ah-Ha” moment happened in 1988 while visiting a friend in Memphis, Tennessee. He had a close relationship with a large Episcopal parish in that city and with the rector of the parish. One day the rector asked if he would like to go and see the Lorraine Motel, experience the place where Martin Luther King was assassinated April 4, 1968.  Of course the motel had been closed for many years (it is now a US National Monument) but was still being guarded. They were able to drive into the parking area but they were not allowed to leave the vehicle. While in the car, the rector pointed out where MLK had been hit and where he had fallen 20 years before, however, he also added that there were conflicting opinions about where he fell and then showed Canon O’Driscoll another spot. Next the rector directed Canon O’Driscoll’s gaze to another location outside the boundaries of the motel property to a building down the street and told him that was generally understood to be the place where James Earl Ray fired the shots. And again he admitted that others thought that Ray had stood in another spot and pointed out that secondary location. That is when the “Ah-Ha” happened. If the basic facts of an event as significant as the MLK assassination could change within 20 years, what does that say about stories that originated as oral tradition and have been subsequently been “talked about and preached about for 2500 years.” The real “Ah-HA” is that this “doesn’t diminish the event but expands the story into many stories that get richer and richer.” And this is the context of the stories in the book. Canon O’Driscoll chose a piece to read aloud called The Choice, a reflection on Maundy Thursday.

Following the conclusion of worship, the large majority of the congregation gathered in the parish hall for a reception featuring Yorkshire tea and sweets. A table was set up and a number of boxes containing the book where opened inviting people to pick up a copy, purchase it and then wait in line for a personal message and a signature from the author. Canon O’Driscoll was ably assisted by Jane Dittrich. The books quickly sold out (another box will be arriving at the Cathedral office soon),and after about an hour the last person in line brought their book forward to be signed.

Here is a link to more information about the book and how and where it can be purchased online.