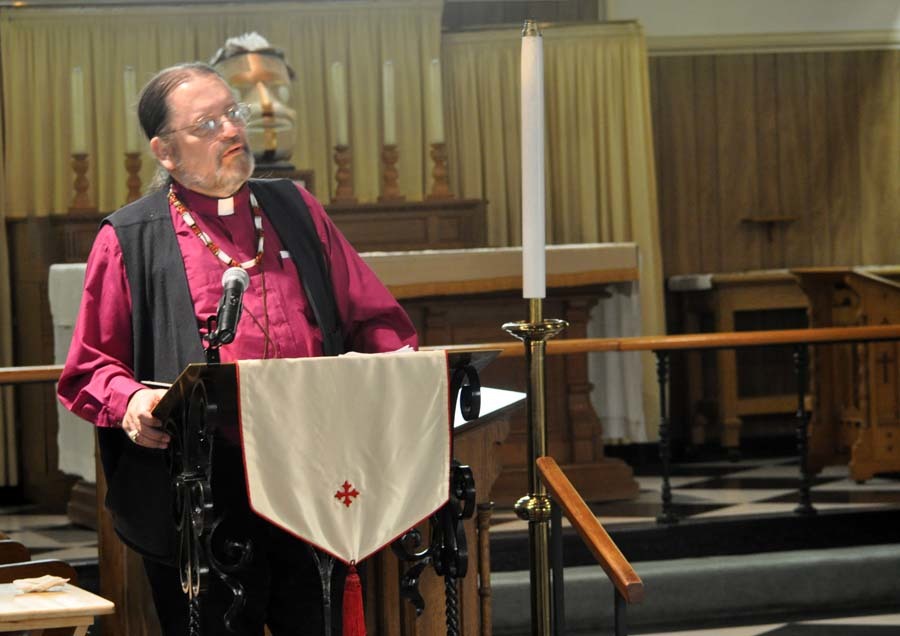 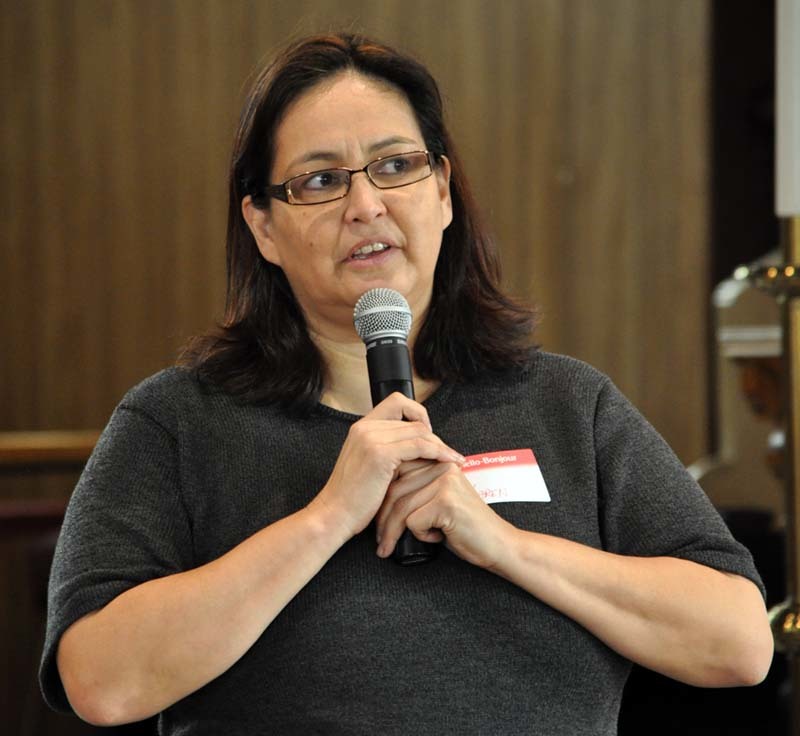 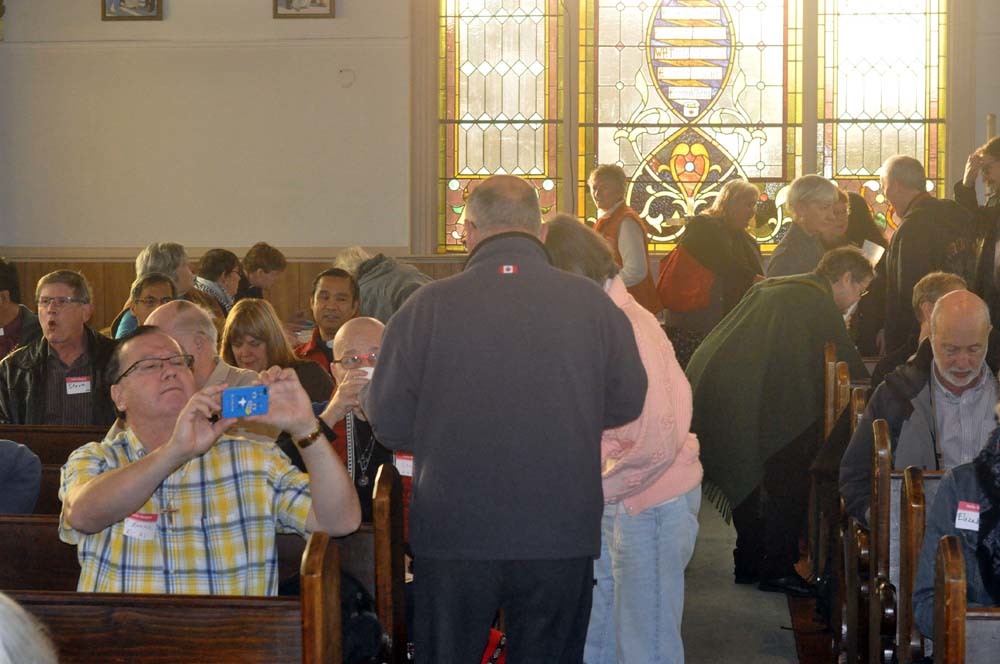 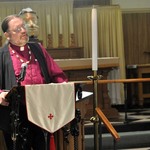 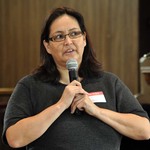 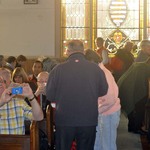 A capacity crowd attended the diocesan event, Living Our Commitment at St. David of Wales in east Vancouver on Saturday, November 24th. The 100 plus in attendance really represented the diversity of the diocese. There were at least 6 First Nations represented and Metis, ecumenical participants from four denominations, 25 parishes of the Diocese of New Westminster had members present and the participants were addressed in six different languages.
Speakers included: Stephanie Martin of Nisga’a Ts’amiks, Vancouver, partnered with the parish of St. David of Wales, Karen Joseph of the Indian Residential Schools Survivors Society and the newly formed Reconciliation Canada and the day’s keynote speaker, The Right Reverend Mark Macdonald, National Anglican Indigenous Bishop.
Stephanie spoke of the positive relationship with St David of Wales and the good work being done by both organizations supporting members of the Nisga’a nation living in Vancouver.
Karen Joseph was delighted to share with the group that Reconciliation Canada had received earlier in the week a $500,000 grant from VanCity to help them publicize, organize, and provide education opportunities regarding the National Truth and Reconciliation Commission (TRC) event scheduled for Vancouver September 18-21, 2013. There are many exciting plans and they will be presented in a feature article scheduled for publication in the February issue of Topic, the monthly publication of the Diocese of New Westminster.. Also, in that future article Anglican Archivist, Melanie Delva and Diocesan Communications Officer, Randy Murray will provide more detailed coverage of the November 24th event. Stay tuned.
Bishop Mark’s hour long address examining reconciliation and reconciliation in a Christian context captivated the audience and created a context for dialogue and reflection in the small group discussions that took place after the lunch break.
One of the principal organizers of the event, The Rev. Laurel Dykstra of St. Catherine’s, Capilano and the North Vancouver Regional Ministry Team said, “The most powerful thing Bishop MacDonald said about moving ahead in reconciled relationships is that the Churches have a role in asserting indigenous peoples' rights to free, prior and informed consent to projects on their traditional territories. The impact for us in BC, where there is so much resource extraction and so much unceeded Native territory, is huge.”

The Rev. Michael Batten, incumbent of The Parish of St. David of Wales and another of the event organizers reported to diocesan communications, “I was very pleased with how the event went. Clearly there is a lot of energy and good will in the Diocese to begin moving toward a healthier relationship between the churches and Indigenous peoples, and the day provided a vision which will help channel that energy. It was good to be reminded that for this to happen, the church itself must be decolonized, and the Anglican church must learn how to be authentically and indigenously Canadian rather than continue to try to live in its colonial--and colonized--past. And it was good also to be reminded, by the presence of Bishop Alex Wandag of the Episcopal Diocese of Santiago, Philippines, that these issues of colonziation and indigenization are global ones which concern people in many parts of the world.
Images: Top and homepage, The Rt. Rev. Mark Macdonald begins his address. Middle, Karen Joseph. Below the sun shines through the south window of St. David of Wales as people gather for the day's event.