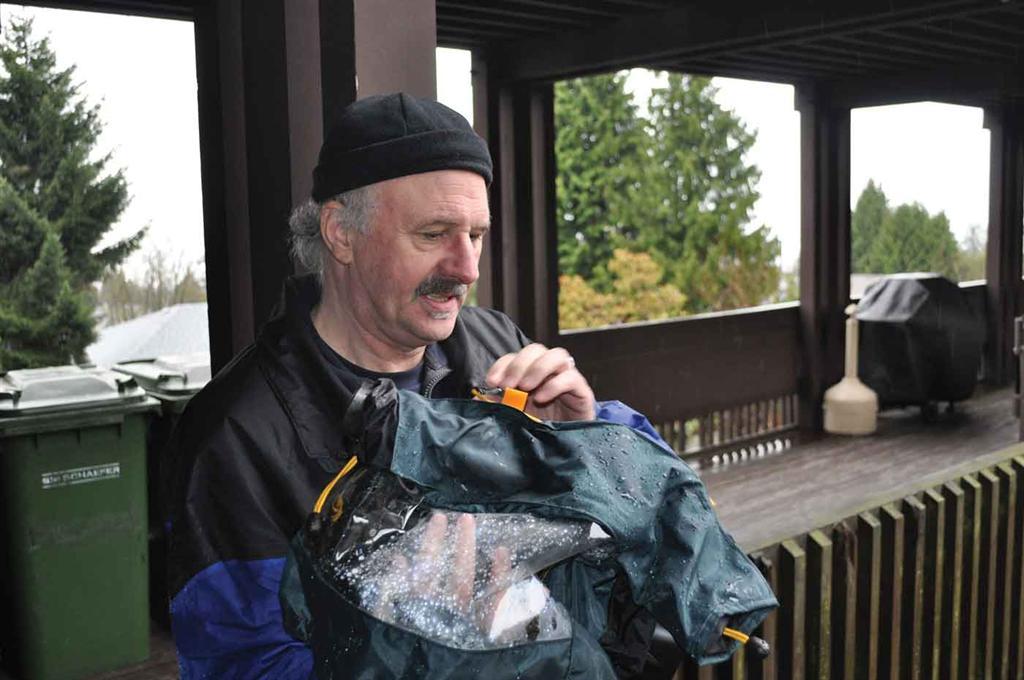 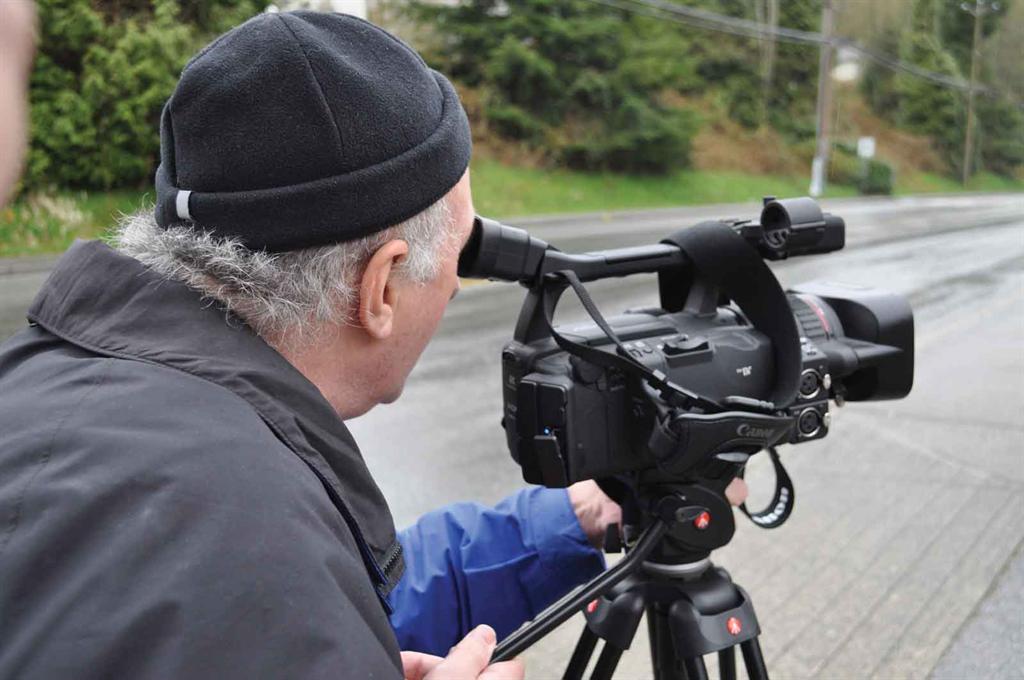 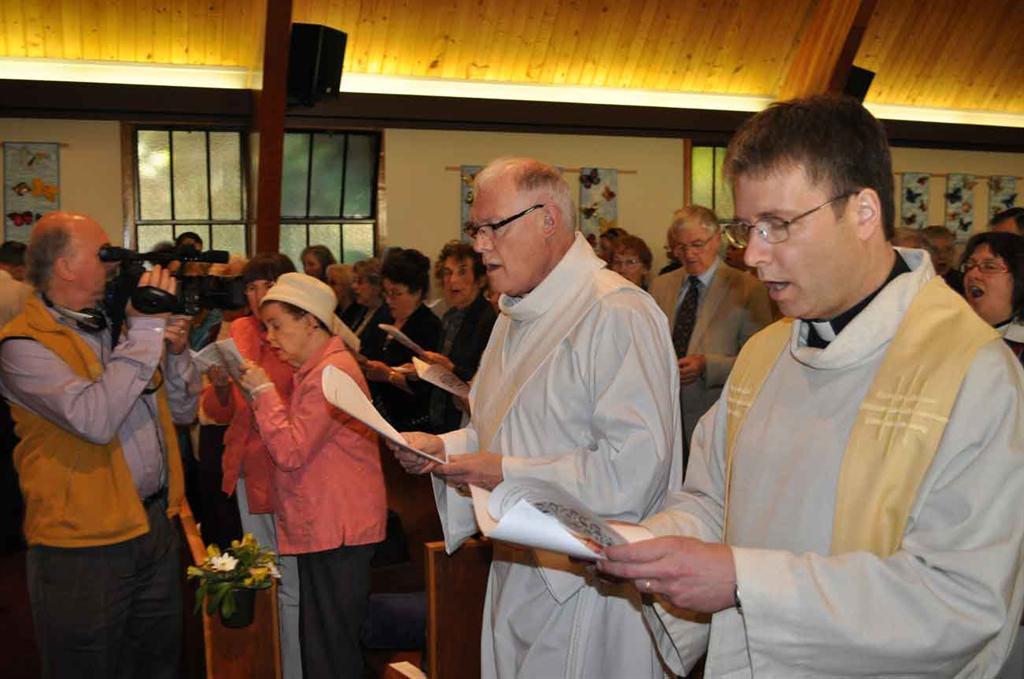 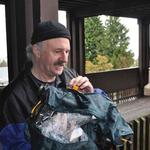 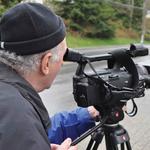 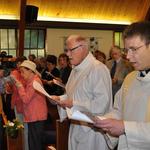 Cliff Caprani and Randy Murray made their way to North Vancouver on a very rainy Thursday to obtain footage of the churches and their surrounding neighbourhoods that comprise the North Vancouver Deanery.
Once that material was “in the can” it was time to meet with North Vancouver Regional Deanery Council members at St. Catherine’s Capilano to film interviews with representatives of that group on the subject of Ministry Assessment Process (MAP) implementation.
Regional Dean and Rector of St. Catherine’s, the Reverend Christine Rowe warmly welcomed the film crew and was happy to be the first person interviewed for the segment.
The interviews went extremely well and St. Catherine’s chancel was an excellent venue.
The next item on the agenda was to continue the task of editing and applying post production techniques to the existing footage to create a finished film.
One of the challenges for the film-makers was to compress the 36 minutes of interview footage from North Vancouver into 6 minutes while managing to retain the salient points made by the participants. Six minutes is still too much time to have just one static shot of a person being interviewed so other images relating to the content need to be interspersed with the interview footage to provide added interest.
The next filming day was Sunday, May 1st back at St. Catherine’s as the 6 North Vancouver Deanery Worshipping Communities worshipped together with members of the Evangelical Lutheran Church in Canada congregation of Gloria Dei celebrating 10 years since the signing of the Waterloo Declaration bringing the ACoC and the ELCIC into Full Communion.
There were six clergy from North Vancouver in attendance. The Rev. Jeremy Clark-King of St. Martin's presided at the Eucharist and Gloria Dei Interim Pastor Kim Staus was the preacher.
Both Annabelle Paetsch, Organist and Director of Music at Gloria Dei and Siiri Rebane, the Music Director at St. Catherine's shared the leadership of music in worship with combined mixed voice choir.
After filming the procession Cliff set the camera up in the pulpit for the duration of the 90 minute liturgy.
The footage of the procession will be a tremendous asset to the section of the film that focuses on the North Vancouver deanery.
Images: Upper left: Cliff adujusts the rain protection on the camera. Centre right: Cliff films the procession on May 1st. Below: A rainy day in Deep Cove.