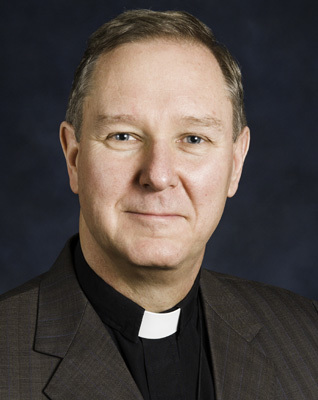 On Thursday afternoon, December 6th, 2012, Bishop Michael Ingham announced to Synod Staff that he has appointed current diocesan Director for Mission and Ministry, Rev. Douglas Fenton, Executive Archdeacon of the Diocese. Douglas will succeed the Ven. Ronald Harrison who retires on December 31st, 2012.

Since March of 2011, Douglas has given oversight to the Ministry Assessment Process(MAP), provided staff support for diocesan ministry and mission planning initiatives through all the instruments of the diocese, been staff support on numerous diocesan committees and working groups.

Prior to March of 2011, Douglas was for nine years in the national office of The Episcopal Church in New York City finishing out his ministry February 28th, 2011, as Officer for Young Adult and Campus Ministries. Prior to 2002, Douglas served here in the Diocese of New Westminster, at St. Catherine, Port Coquitlam and St James. He was also the Chair of Interim Ministry.
Since Douglas resumed his ministry in the Diocese of New Westminster in his new role he has been instrumental in developing new and exciting programs such as the Diocesan School for Leadership. He has also made enormous contributions, facilitating the arrival of new clergy to the diocese. Through his many contacts made during his 31 years of ordained ministry (including the nine years at TEC), Douglas was largely responsible for the search process that brought: the Rev. Fr. Daebin Im to Holy Cross, the Reverend Vivian Lam to St. Matthias and St. Luke and Father Michael Fuller to St. John's (Shaughnessy).

Congratulations and best wishes to Douglas and please keep him in your thoughts and prayers as he embarks on this new phase of  ministry.