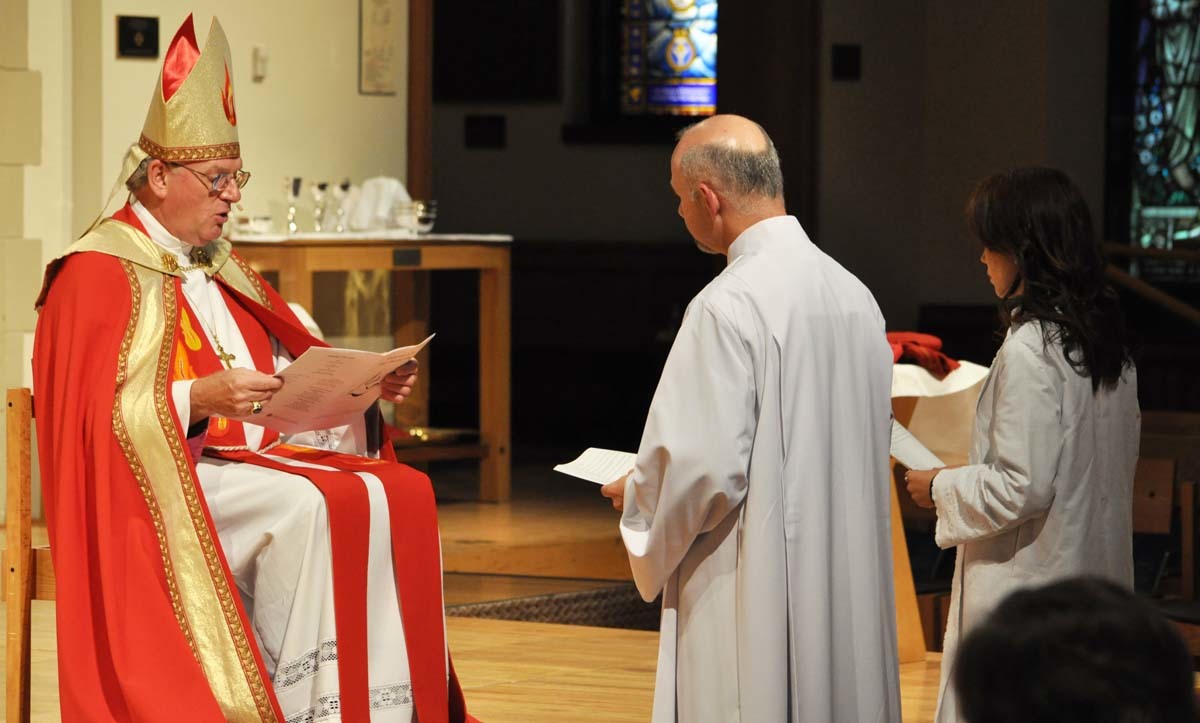 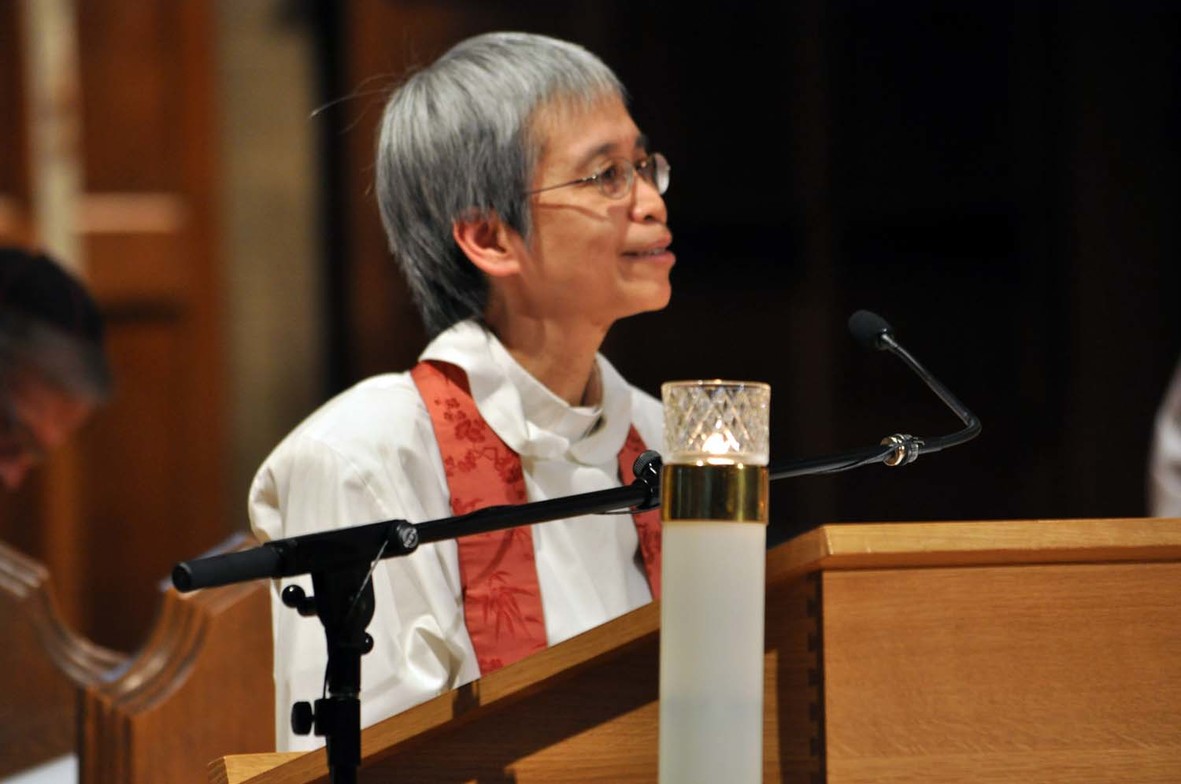 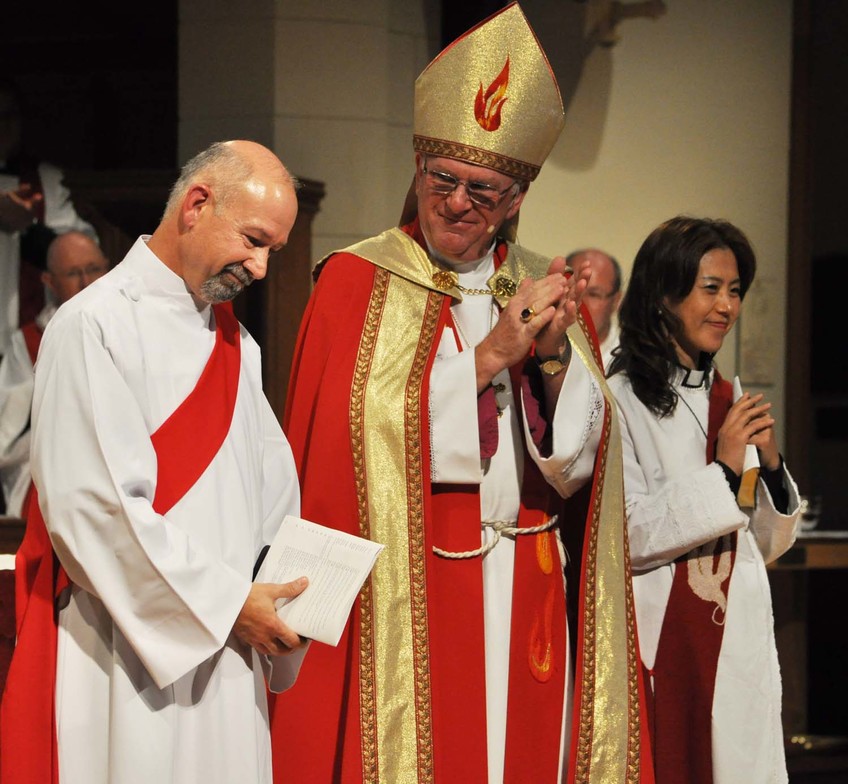 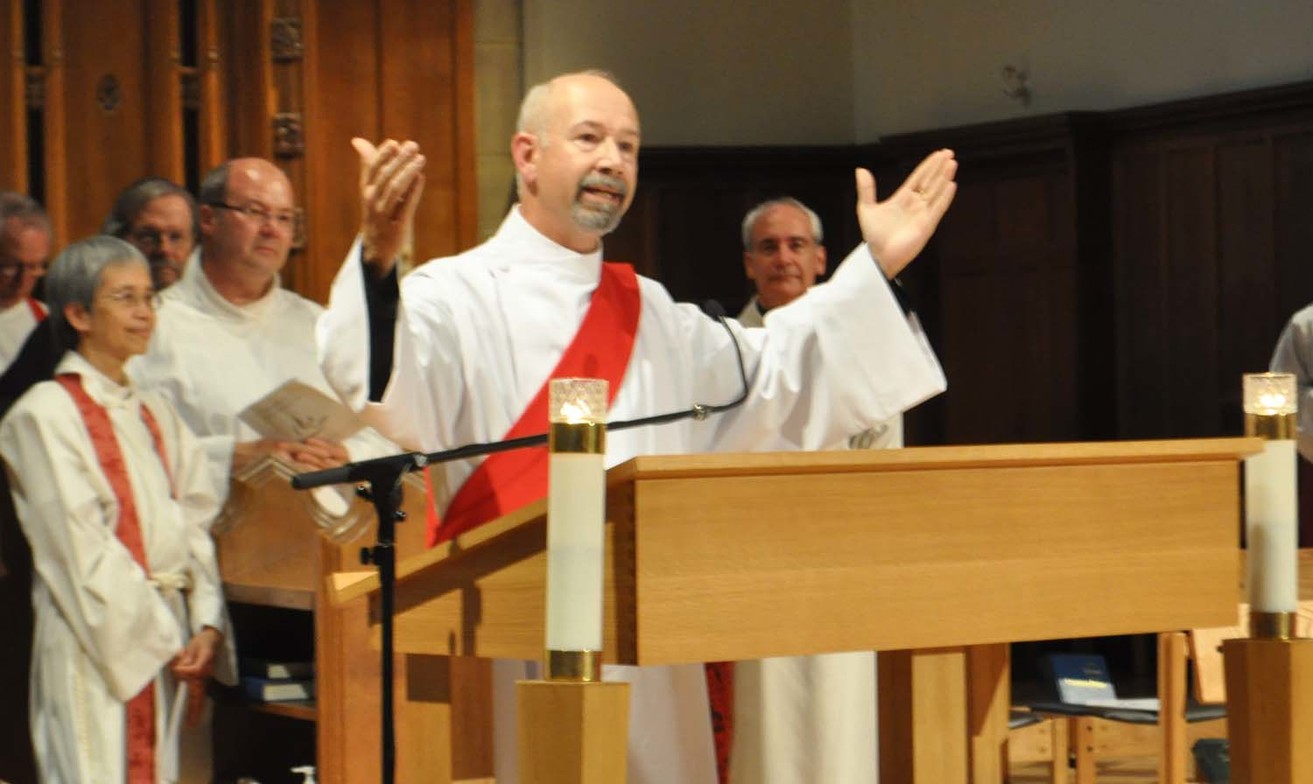 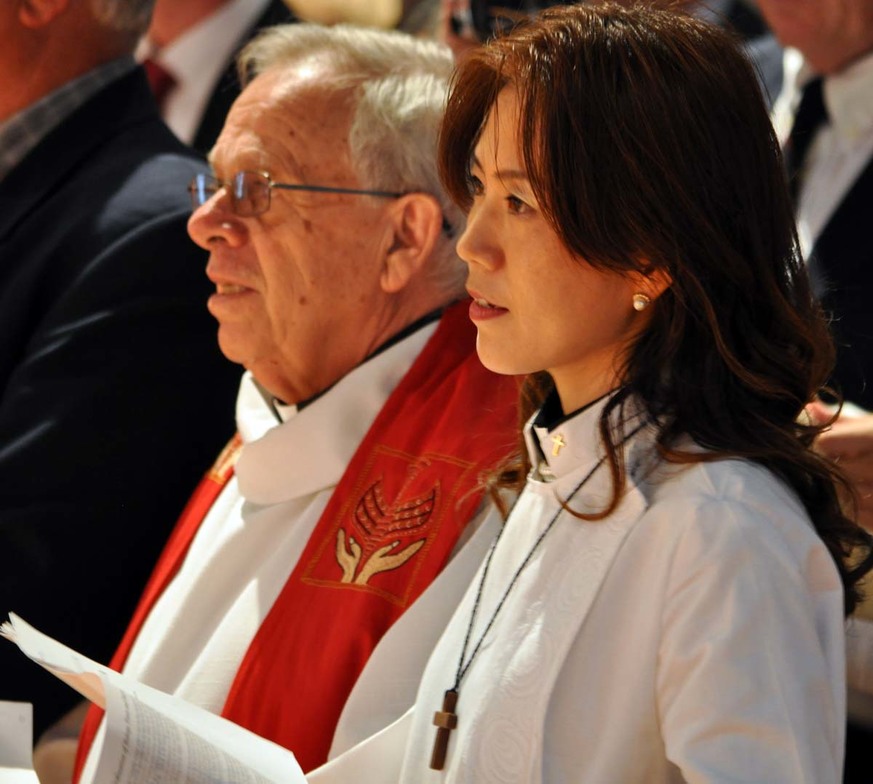 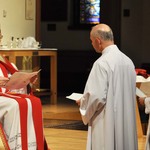 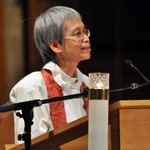 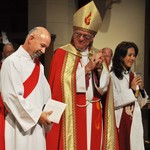 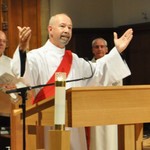 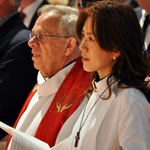 In the words of the preacher, the Reverend Paulina Lee, an ordination is a joyous occasion but also a solemn occasion. In the case of the Sunday, June 23rd ordinations of Ka Hyun MacKenzie Shin and Alain-Michel Rocheleau it was also a bittersweet occasion as these would be the last two ordinations in the 20 year episcopacy of the Right Reverend Michael Ingham.

The Reverend Ka Hyun MacKenzie Shin and the Reverend Alain-Michel Rocheleau now ordained to the Transitional Diaconate (the time between ordination and subsequently being ordained Priests in the Church of God) are embarking on new and different paths in ministry.
Ka Hyun will begin her call as a curate at St. Stephen the Martyr, Burnaby in ministry to the growing Korean community in that region. The realization of the ministerial need to serve the emerging Korean-Anglican community and the arrival of Ka Hyun from Kamloops as she continued on her faith journey as a student at VST and as a postulant in the Diocese of New Westminster came at a perfect time. The Parish of St. Stephen, Burnaby, Bishop Michael and the leadership of the diocese recognized this and the Reverend Ka Hyun MacKenzie Shin’s developing call to serve in this less traditional way is what they feel God is calling us to do in the Church at this time and in this place.
Alain-Michel, a professor at UBC has been on a path of discernment and discovery of his faith for years. His desire to seek ordination has been supported all along the way by many. Like with Ka Hyun, the Reverend Alain-Michel Rocheleau’s ministry will be different as well. He will serve as a non-stipendary priest at St. Helen’s, Point Grey. St. Helen’s is a busy parish with: a bustling children’s and youth’s program; a vibrant community of elders and seniors; excellent music in liturgy; a growing connection to their neighbourhood and it is also one of three churches that are part of Anglicans of West Point Grey Neighbourhood Ministry one of the fastest growing and most effective compassionate service initiatives in the diocese. Alain-Michel’s goal in ministry is to serve and he knows that it is as a priest that he can best serve God and the people of God and without financial remuneration.
In her sermon, the Reverend Paulina Lee of St. Chad’s located in the Arbutus Bowl on Vancouver’s west side put these two non-traditional ways of ordained leadership in the context of something that happened in the Anglican Communion 69 and a half years ago. It was a time in Hong Kong not unlike our time now in the present day Diocese of New Westminster where complex challenges face our mission and ministry. In January 1944, the Right Reverend Ronald Hall, Bishop of Victoria responding to the rising crisis in China caused by the invasion of Japanese forces ordained Florence Li, the first woman to be ordained to the priesthood in the Anglican Communion.


It was to be thirty years before any Anglican Church began ordaining women on a regular basis so suffice it to say that the ordination of the Reverend Florence Li was controversial at the time. After the war she did resign her license but not her Holy Orders and when two more women were ordained priests in Hong Kong in 1971 she was officially recognized as a priest in the diocese. And the connection to the June 23, 2013, ordination of Ka Hyun and Alain-Michel continues as Florence was appointed an honorary non-stipendary priest in Toronto in 1983 where she remained until the end of her life in 1992.

Implementing new and innovative ways of ordained ministry is an intentional way of putting the Anglican Communion’s Five Marks of Mission into practice:
One of the highlights of many that occurred during the June 23rd liturgy was the joyous serenity on the faces of Ka Hyun and Alain-Michel as they administered Holy Communion for the first time as ordained persons in the Holy Church of God.
These were the last ordinations that Bishop Michael would celebrate as Bishop of the Diocese of New Westminster and how appropriate that these two new deacons are embarking on ministries that are risky and unproven but they are “the right thing to do.”