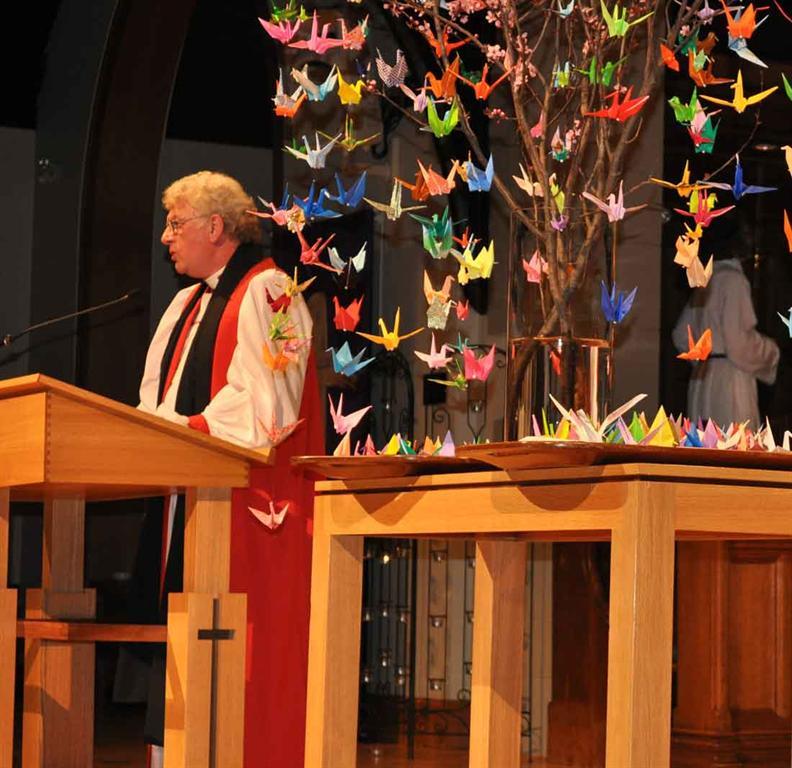 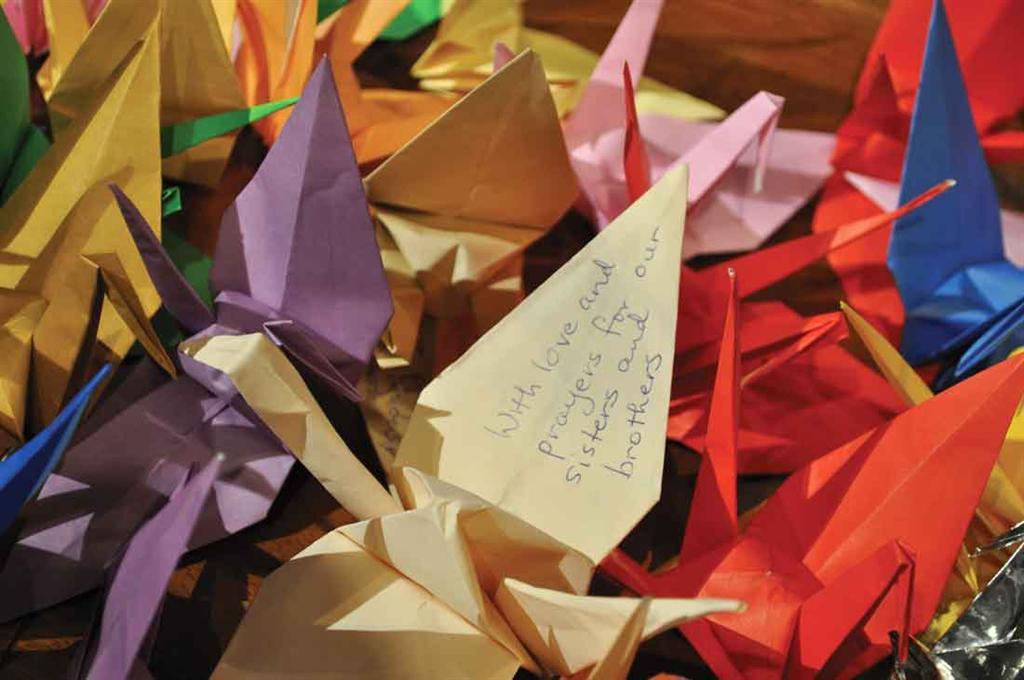 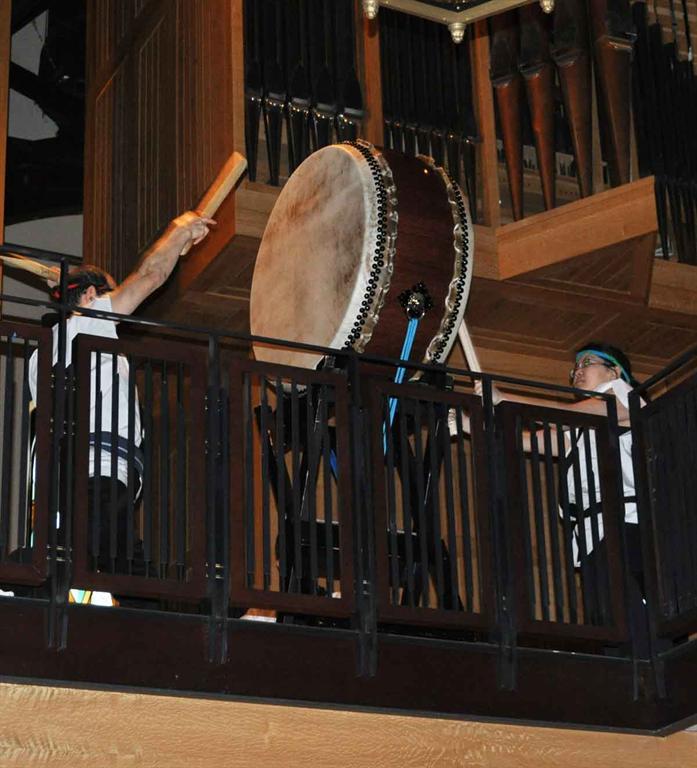 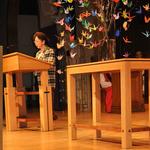 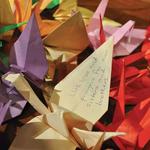 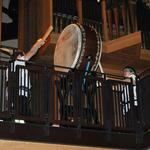 A congregation of 300 plus braved the crowd of over 200,000 St. Patrick’s Day parade watchers and traveled to Downtown Vancouver to participate in Pray for Japan a worship experience that took place at Christ Church Cathedral, Sunday, March 20th at 4pm.
The service was organized by the clergy and congregation of Christ Church Cathedral and the clergy and congregation of Holy Cross Japanese-Canadian Anglican Church in East Vancouver.
The 80 minute service of music, prayer and reflection brought together people of all faiths united in their desire to send messages of compassion and hope to the people of Japan, devastated by the earthquake and tsunami.
At 4pm a dramatic candlelight procession through the church accompanied by talented musicians performing on taiko drum and wooden flute initiated the proceedings. The service then began with words and reflections from the Reverend John Shozawa, priest-in-charge of Holy Cross and the Very Reverend Peter Elliott, Dean and Rector of Christ Church Cathedral who welcomed those in attendance and introduced the first speaker, Hideki Ito, The Consul General of Japan.
Mr. Ito briefly summarized the events in Japan over the past nine days and expressed his gratitude on behalf of the people and government of Japan to the people of Canada for their “compassion and spontaneous generosity.” He went on to say that the outpouring of support brought him much "consolation and comfort." In closing he said that Japan and British Columbia are partners across the Pacific and our relationship is a “shared humanity that goes on beyond nationality.”
Following the Consul General’s words there was music for reflection provided by Takeo Yamashiro playing the Shakuhachi flute.
After the reading of Revelation 21: 1-7 by Teruko Iwasaki in both Japanese and English, Bishop Michael Ingham presented his homily. He began with a quote from the poem Grief by Canadian-Japanese poet and author, Joy Kogawa and then he went on to explore the Christian understanding of two kinds of evil – moral evil and natural evil. Bishop Michael’s homily is available in .pdf format, please click the link. After Bishop Michael had concluded, Michiko Tatchell, Parish Administrator at St. Michael’s Anglican church in Vancouver approached the microphone and delivered the Japanese translation of the Bishop’s words.
The Reverend Grant Ikuta, priest at Steveston Buddhist Temple was called on to offer prayers and chants. He began by thanking his hosts for inviting him to participate and reminded those gathered of the special significance of a common Buddhist symbol, the Lotus Blossom. The lotus blossom “signifies purity.” This beautiful flower grows in the dark of the depths of murky water. The parallel is that purity like beauty comes from the suffering of our existence. Before
beginning his chants Rev. Grant read the 15th century letter by Rennyo Shonin, On White Ashes (Hakkotsu no Gobunsho).
The service concluded with the offering of dozens of origami paper cranes, many of them made that day by those attending Sunday School around the Diocese of New Westminster, some containing written messages of hope and consolation.
As people left the Cathedral’s sanctuary following a moving performance by the taiko drummers, representatives of the National Anglican Church emergency aid agency, the Primate’s World Relief and Development Fund collected donations to be immediately forwarded to the current relief efforts in Japan. (Images: Top Left - Hideki Ito, Right - Rev. Grant Ikuta, Left, Michiko Tatchell, Bottom left, Bishop Michael, Bottom Right, Taiko Drumming)