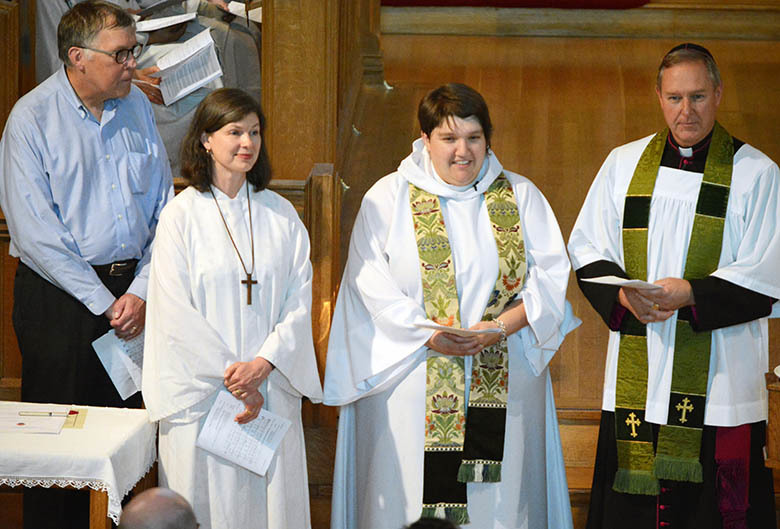 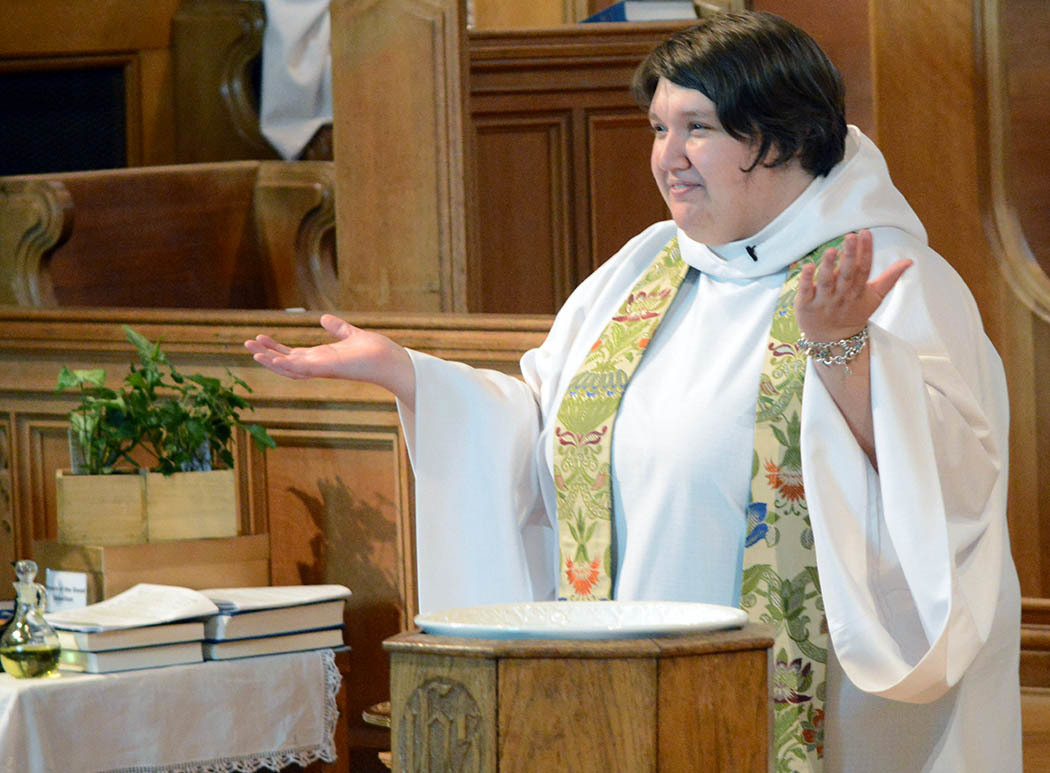 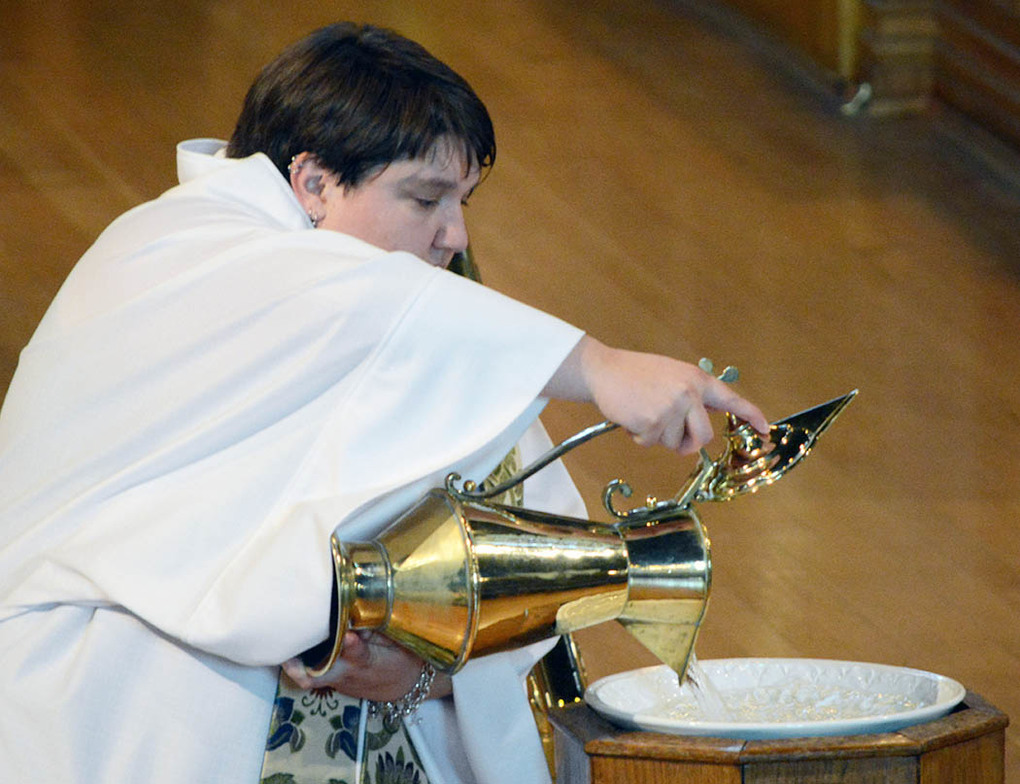 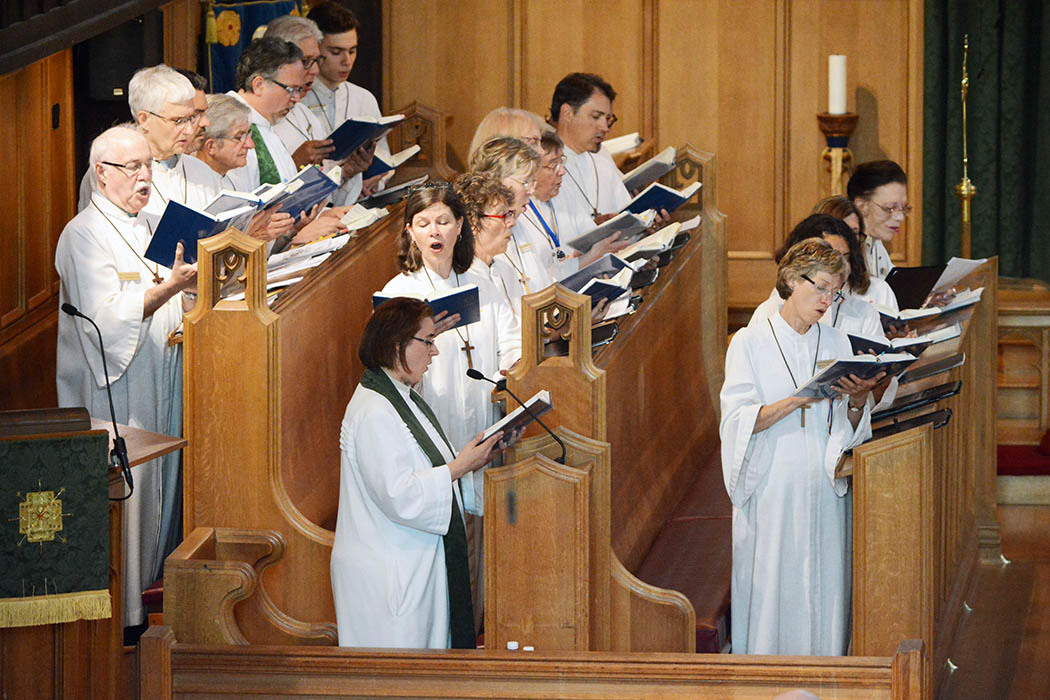 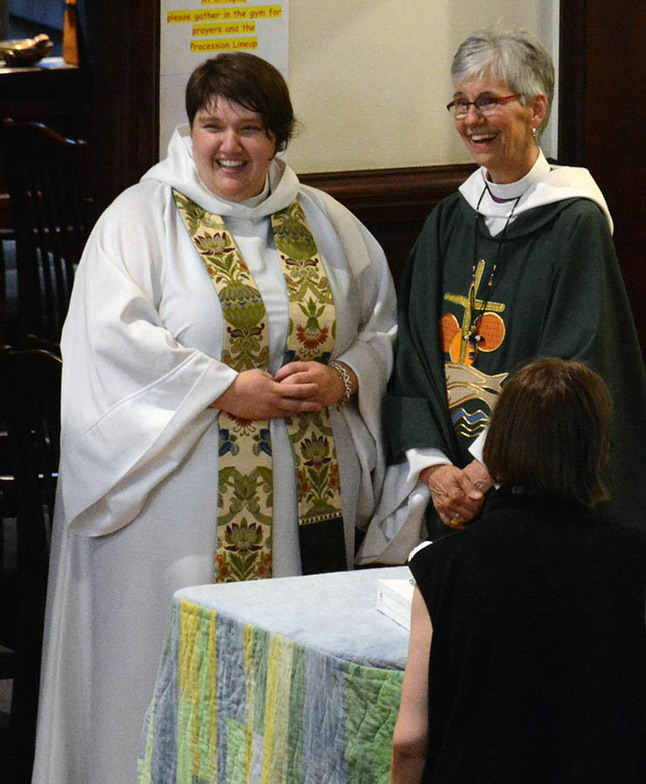 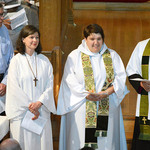 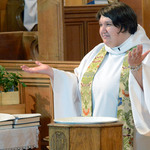 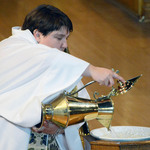 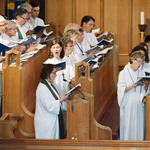 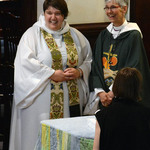 It was announced on Sunday, March 11, 2018, that Archbishop Skelton had appointed a new rector for St. Mary’s, Kerrisdale (SMK). The new rector who began her ministry June 1, 2018, is the Reverend Lindsay Hills and three weeks into her incumbency on June 20 she was officially inducted as the 13th rector of the Parish.

Rev. Hills comes to SMK and the diocese after serving for four and half years as associate rector at The Episcopal Church of St. Matthew, San Mateo in the Diocese of California. Rev. Hills is a graduate of Bryn Mawr College in Pennsylvania and was awarded an MDiv from the Church Divinity School of the Pacific, Berkley, California in 2011.

Since the departure of the 12th rector, the Reverend Jeremy Clark-King, December 18, 2016, SMK has been served by their two assistant priests, the Reverends Christine Rowe and Liz Ruder-Celiz with initial oversight from priest-in-charge, the Reverend Shirley Stockdill who retired in the fall of 2017 to be succeeded as priest-in-charge by the Archdeacon of Vancouver and rector of St. John’s, Shaughnessy the Venerable John Stephens. The parish is also served by experienced and committed staff and lay leaders.

Wednesday, June 20 was the last day of a five day heat wave that warmed up most of British Columbia and by 7pm the sanctuary of the 107 year old church was pretty muggy. That did not however dampen the enthusiasm of the congregation, clergy, choir, bell choir and liturgical ministers participating in the Eucharist.

SMK is well-known for liturgical excellence which includes the music in worship. In the absence of director of music, Brigid Coult who was in England visiting family, organist, Susan Ohannesian in concert with the clergy and the archbishop put together a variety of music that perfectly punctuated the Eucharist. There were opportunities for the bell choir to lead the worship both solo and in conjunction with the choir but the majority of the repertoire was well-suited to congregational participation.

The Deacon of the Word and Table for the Eucharist was Rev. Hills’s friend from seminary (CDSP), the Reverend Lisa Biersch Cole who travelled to Vancouver from Central California to participate in the Celebration of a New Ministry. Rev. Biersch Cole serves at Trinity Episcopal Church in Sonoma, California.

Archbishop Melissa Skelton preached and presided at the Eucharist. Archbishop Skelton took the Epistle, Romans 12: 1-18 for her text and at the beginning of the sermon admitted that she had been preparing and preaching more sermons than usual through the month of June saying:

“you have to find ways to nurture your engagement with scripture in more meditative ways and you have to give yourself permission to play... Both of these things together (at least for me) help me open myself to Scripture in the writing process. God only knows what it does for those listening to what I come up with!"

Archbishop Skelton used both paths in her sermon. Part of the “play” was her introduction of the Parable of the Gnat, the Seven Wise Soccer Players and Paul’s Letter to the Kerrisdalians.

Archbishop Skelton concluded her sermon with these words:

"Tonight is a splendid night here in a splendid place. A place of great beauty, a place of great heritage, a place of many gifts, a  place of astounding potential, a place of amazing Kerrisdalians. But this place; its earnest engagement with God in Christ and its play, its good works for the life of the world, its efforts in working with God to build itself up are meant to be grounded in two things; God in Christ has secured dignity and worth for us and for all humanity, a dignity and worth none of us creates for ourselves; and God invites us to live out that dignity, worthily to stand before God and one another and ready to act.”

Following the sermon the Covenant in Ministry began with the address from the Executive Archdeacon describing the selection process of the rector and that was followed by: the reading and signing of the Oath of Loyalty to the archbishop and the Anglican Church of Canada, the archbishop’s examination, the presentation of the symbols of ministry by members of the parish, the archbishop’s presentation to the parish of the Reverend Lindsay Marie Hills as leader of their ministry, the welcome by the regional dean (which happens to be the new rector’s colleague, the Reverend Christine Rowe), the welcome by the archdeacon (which in this case was the Venerable Douglas Fenton), the passing of the peace of Christ, the Eucharist and the Dismissal.

The majority of the clergy and lay in attendance remained after worship to attend a reception with an appetizer buffet that featured fabulous cheese and other finger foods both savoury and sweet accompanied by an assortment of wines and non-alcoholic options. The reception was lively, spirited and hopeful, SMK is a community that is earnest, engaged and “ready to act.”

Included below a video of a  portion of the Communion Anthem, "Christ Has No Body Now but Yours"