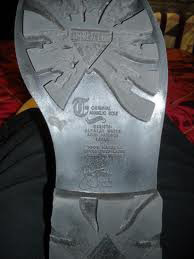 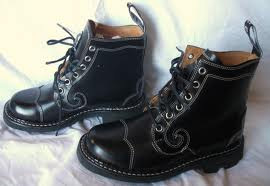 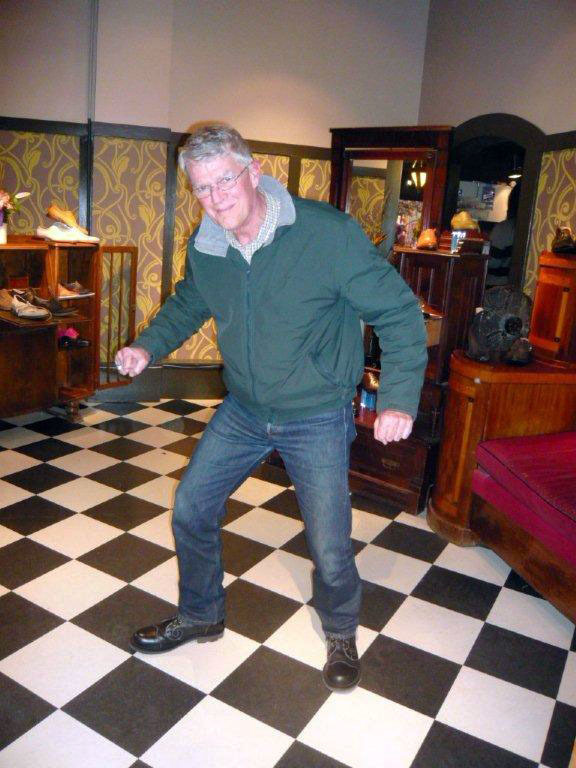 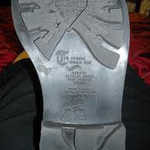 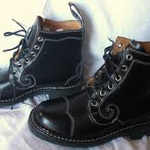 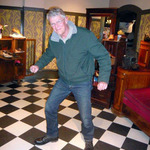 On March 11th, Lent III, Christ Church Cathedral Chorister Bruce Hoffman arrived for the vestry prayer prior to the procession wearing a very smart set of boots made by local craftsman John Fluevog. Comments were made on the black and burgundy boots and Bruce immediately responded with “but look at the soles,” and he revealed his Angel Soles, which state they repel water, oil and Satan!
Guest preacher that morning was the Most Reverend Frank Griswold, past Presiding Bishop of the Episcopal Church and he showed interest in the shoes and then prayers were said and the procession upstairs began to start the service.
I as M/C have the privilege of serving the clergy at the end of the service and I took the liberty of asking the Presiding Bishop if he was interested in the shoes and he said he was indeed. An appointment was made to meet up on Wednesday at his hotel.
Wednesday was rainy and dreary, I was 20 minutes late arriving after having already re-scheduled the meeting thirty minutes later than originally planned. I offered to share my umbrella and Frank, as he preferred to be called, said he would be fine as he had brought his baseball cap. We walked to the Granville Street store chatting about his visits to the Art Gallery, the Bill Reid Museum and reading a book of Haida legends.

When we arrived at the store he looked around at the selections available and commented on a green pastel suede shoe and said “this would be good for Easter.” And then we got to the Angel Sole selection. A pair of black boots had been purchased on Sunday afternoon in order to have one pair available while also having the chance to look at other possibilities. Different styles were tried and in the end Frank chose the pair I had picked out Sunday afternoon. When he had made his decision, Frank got ready to go to the counter to pay for the boots. When I told him they were a gift, he was genuinely surprised. I asked him if I could take a picture and he said that was the least he could do in response to the generous gift. Without a further word he put on the boots and I took this picture of Frank “trampling Satan” with his Angel soled boots.
Images: Top,  Bishop Frank stamping out Satan with his Angel Soles. Middle right, the original Angel Soles, Lower left, not the actual boots but similar.