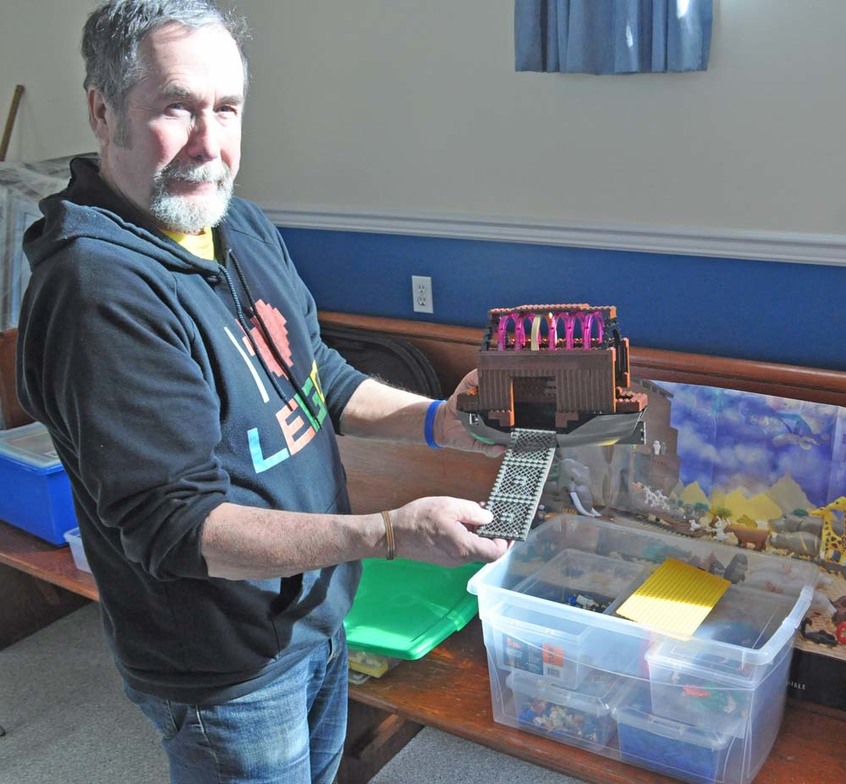 The 6th St. Agnes Seymour Scout troop made their annual pilgrimage to St. Agnes church to celebrate Scouting Sunday on February 22. St. Agnes has sponsored the Scouting program since 1928.

The February 22nd celebration has at least four different names: Scout’s Day; Guides’ Day; Founders’ Days; World Thinking Day as is observed worldwide in nearly all Scout associations to honour the birthday of the founders of Scouting/Guiding, Robert Baden-Powell, 1st Baron Baden-Powell, born in 1857 and his wife, Olave Baden-Powell born on the same day in 1889.

Dave Brear, a St Agnes parishioner and Lego enthusiast, offered a special Lego Sunday school program. He set up a variety of stations in the church hall with different Lego sets. The theme was Noah’s Ark and the Rainbow from the first lectionary reading of the day.

The service also featured a special tribute to the late Tene Corba. Tene was a long-time parishioner of St Agnes who was also a great supporter of the Scouting movement in North Vancouver. She died in Alberta in January at age 93. Her daughter, Joanne Lengyel, offered a moving tribute to a woman who made a positive difference in her church and wider community.