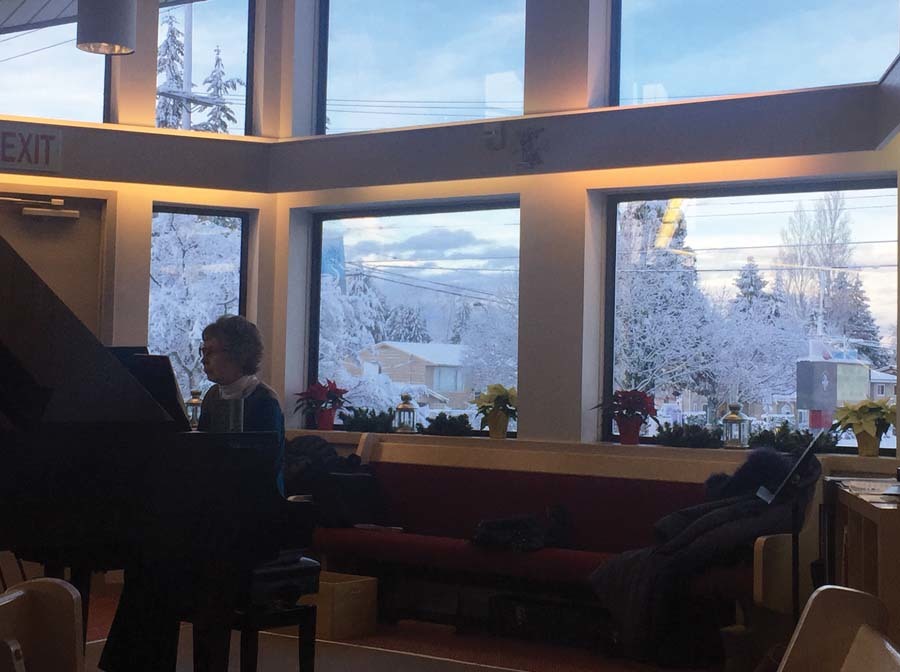 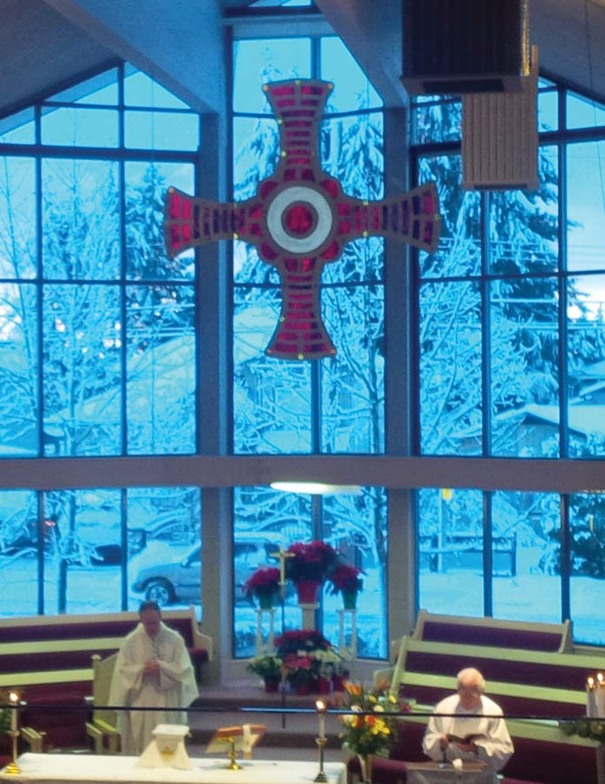 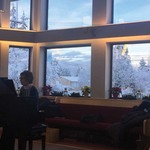 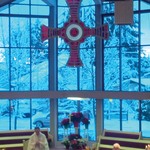 The weather in most of the Diocese of New Westminster for January 16, 2017, the day this short article was written had changed from crisp-cold, warming up occasionally in order to allow some snowflakes to accumulate to the more customary Pacific Rainforest damp drizzle and heavy rain. It was also "Blue Monday" considered by many to be the saddest day of the year in the western world as that is the day the Christmas bills have mostly all come in.

To mark this change here are a couple of photos submitted by the rector of St. Cuthbert's, Delta, the Reverend Paul Woehrle from their Sunday morning worship, January 1, 2017. The photos create an image looking out into a Snow Globe, therefore the title, "The Snow Globe Church".

The chancel and the chancel window Photo: Philip Kenny