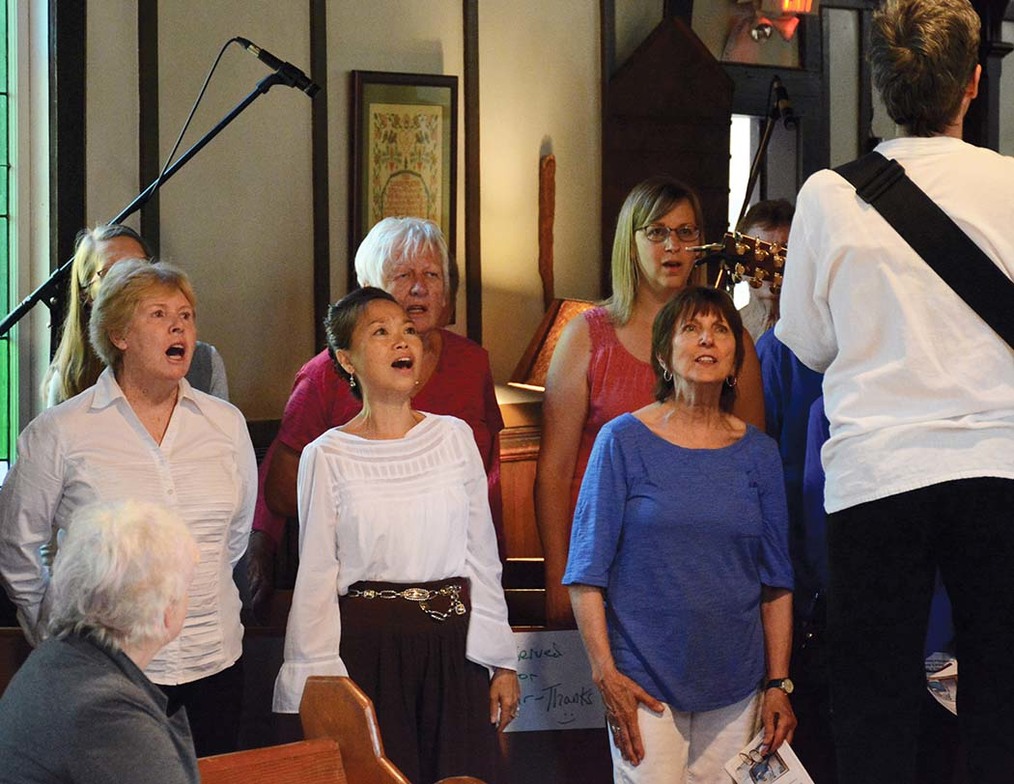 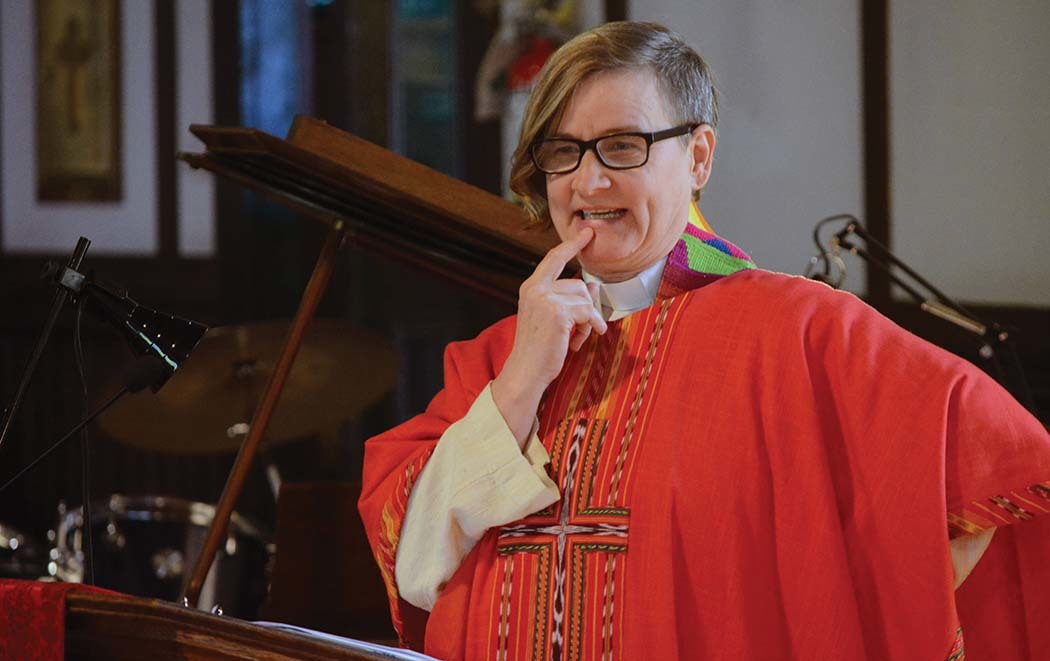 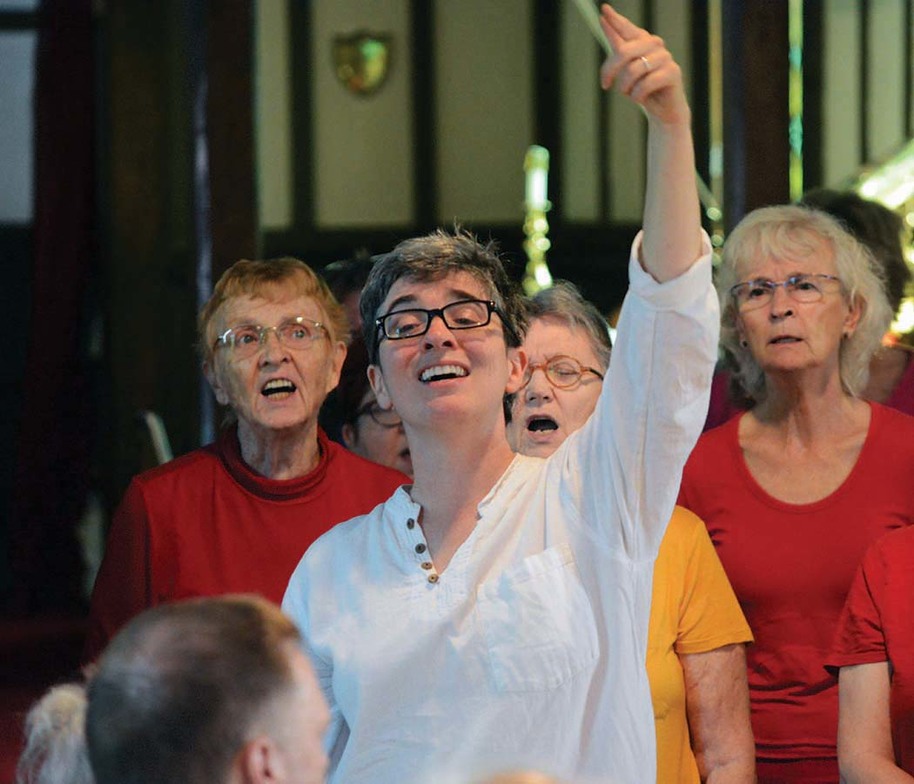 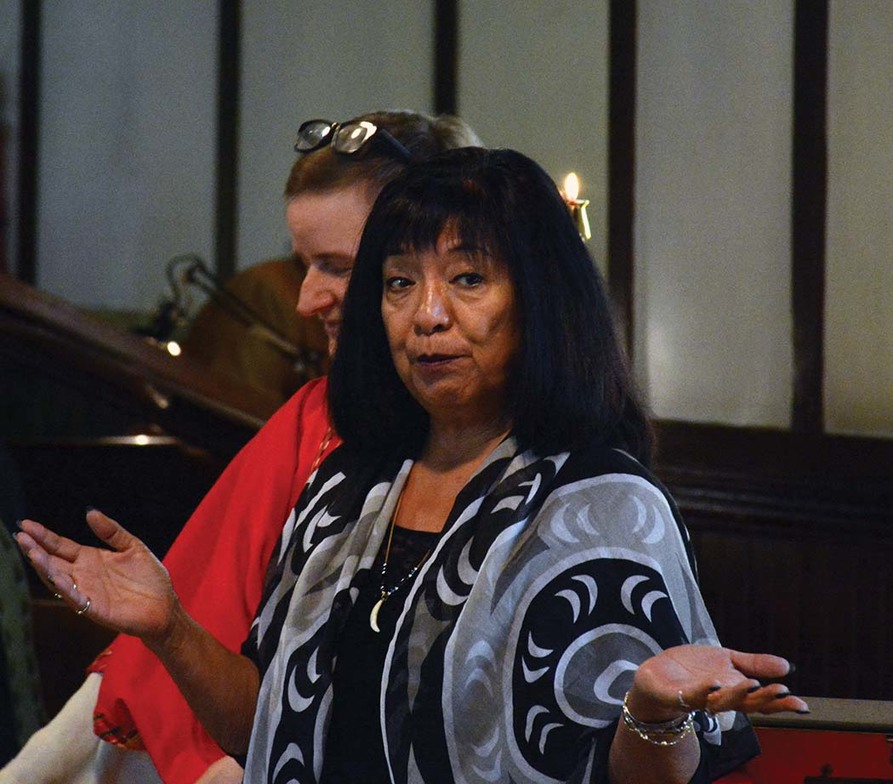 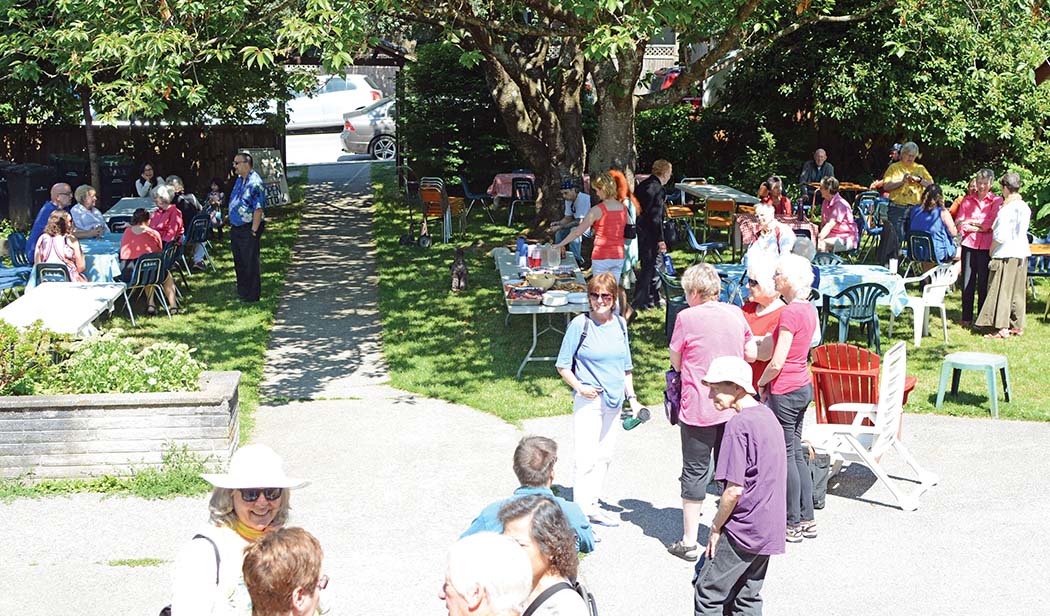 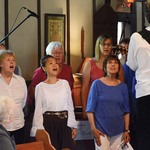 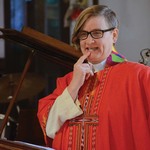 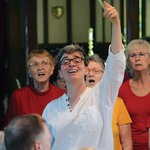 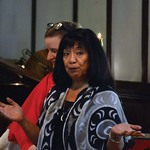 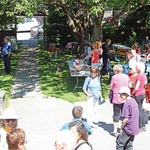 A major alteration to the worship space in an Anglican church can often be a very controversial and stressful undertaking, but at St. Barnabas, New Westminster the changes to the configuration of the 125+ year old sanctuary have made a very positive impact. In the words of St. Barnabas’s rector, the Reverend Emilie Smith, “we said we would try it for a year…everybody really seems to like it.” Although the reorganization has virtually eliminated the use of the chancel, the opening up of the nave has created space and at the same time a much more friendly and welcoming environment. A small altar and ambo are located in the middle of what was once the south side of the nave in front of a stained glass window allowing the late morning sun to bathe the principal worship space in light.

The congregation sits in pews that have been arranged at angles in a horseshoe shape. To the east of the worship area is the piano and on June 24, 2018, the Sunday chosen to celebrate the parish’s patronal festival , the east side of the horseshoe was occupied by members of the New Westminster Community Choir under the direction of Patti Powell.  There are a number of St. Barnabas parishioners (including the rector) who are also members of the choir so that worked out very well. The choir had gathered to lead the worship for the Eucharist as part of the celebration of the patronal festival day and also to perform a more formal full concert later on after the parish BBQ/Potluck Brunch.

Rev. Smith began her homily by giving some context to the celebration. She was quick to admit that St. Barnabas Day had actually passed two weeks before and that in the Calendar of Saints, June 24 is actually The Feast of St. John the Baptist. However,  this Sunday being close to the June 21 National Indigenous Day, the Summer Solstice and just being the best day for the parish summer potluck the patronal festival was transferred.

In her homily she shared the history of Barnabas, a Cypriot, a friend of the Apostle Paul, a man who sold his property and gave everything he had to the support of the church for he understood the message of Jesus. She spoke of a number of unfortunate events that had happened the week before:  the grieving of a parishioner who had lost a relative to the opioid crisis, the disastrous flood in one of the parish properties, a misbehaving fire alarm and a broken lawnmower. Rev. Smith spoke of the separation of Central American migrant children from their parents and the US Attorney General’s use of Scripture to justify the policy. She compared this current separation of children from their parents to the damage done to generations of First Nations families during the decades of the Residential Schools here in Canada. But in her conclusion she paraphrased the well-known words of Julian of Norwich, "all will be well!"

A large part of the June 24 worship was the music and there was lots of it. The choir led the singing of favourites: “Morning has Broken”, “Amazing Grace” and wrapped up the worship with an energetic arrangement of “This Little Light of Mine”.  Following the sermon the choir offered in the anthem spot, “Mni Wichoni, Water is Life.”

Following Eucharist and prior to the Sending Hymn, Rev. Smith asked Chief Rhonda Larrabee of the Qayqayt Nation who was scheduled to be the guest speaker following the potluck brunch to stand with her in the worship space and say a few words to the congregation.  Chief Rhonda was beaming and said that she had very much enjoyed the service and was touched by the messages she’d heard, and although terrible damage was done to First Nations culture and families she wanted to remind everyone that Aboriginal Peoples are “still here!”

There was a joyful singing of “This Little Light of Mine” which led into the community gathering in the parish grounds in the bright sunshine, finding chairs and folks to sit with as the propane fires were lit to cook the food and the potluck items were brought out from the hall and placed on the buffet table for all to share.