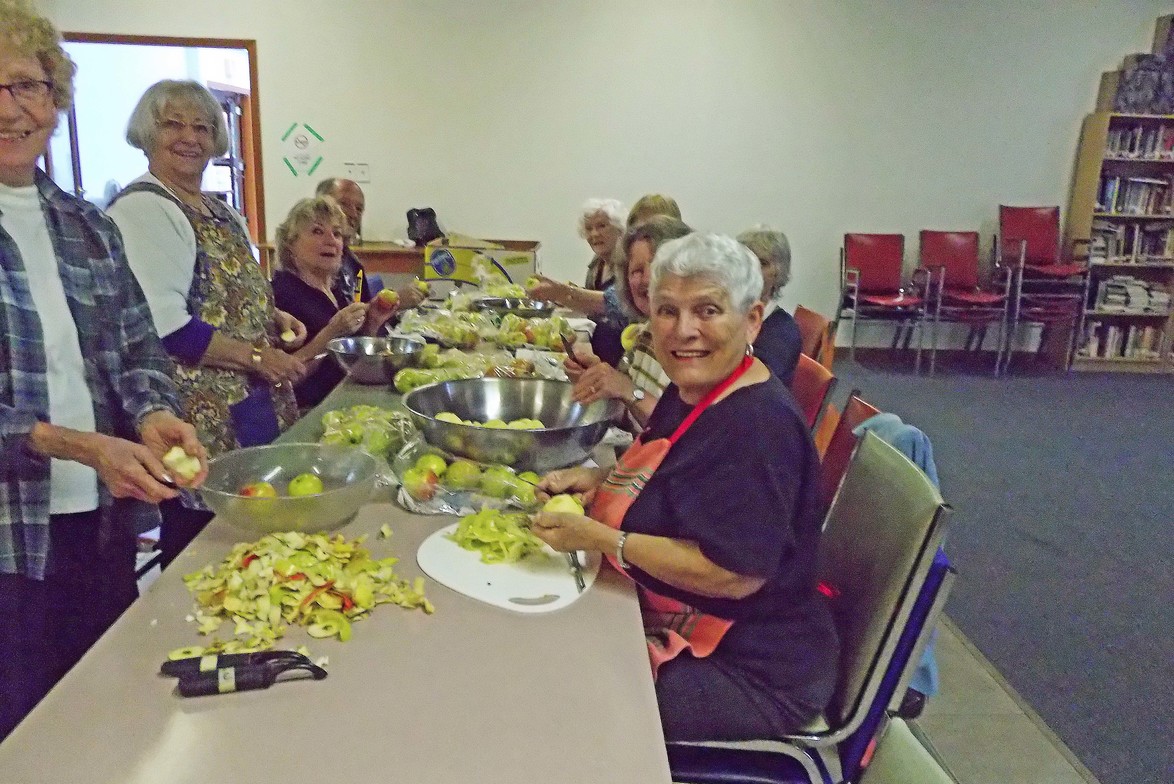 Once again there was a great work party held in October to make the “St. Bart’s World Famous Mincemeat”.

This heritage mincemeat was originally prepared by Betty Brown in the 1970’s when her husband, the Reverend David Hugh Plunkett Brown, became the rector of St. Bart’s (1971-1980).  There was a “hiatus” sometime during the 1980’s, but the recipe was revived in time for the 1991 Christmas bazaar, and has been used yearly ever since.

Long-time parishioner, Irene Earle,  amended the recipe at that time, to leave out the fat (what, no suet??), but not the alcohol!

The mincemeat recipe is a closely guarded secret of dried fruits, spices and pounds and pounds of apples, plus the aforementioned alcohol.  It is always made at least six weeks before the Christmas sale, lovingly stirred weekly by the gentlemen of the parish, and featured ffor sale at the Christmas Food Fare.

The Fare this year will be November 18 and the mincemeat is always very popular and sells out quickly.