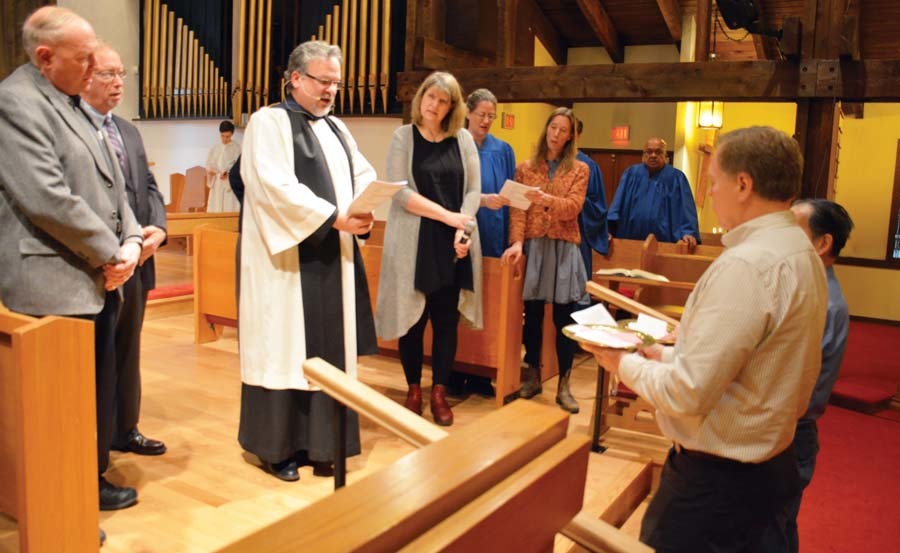 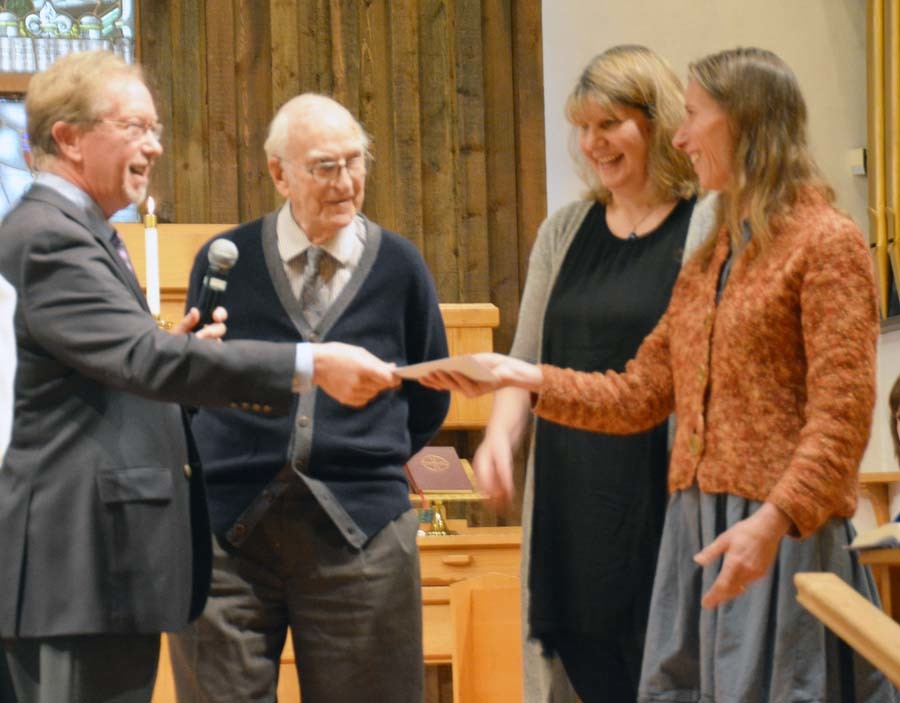 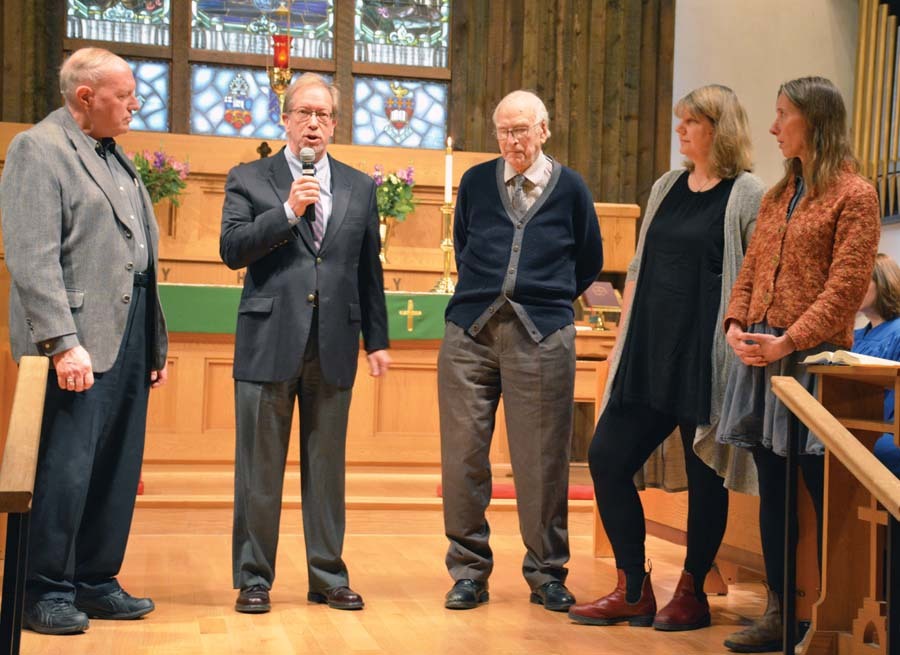 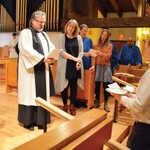 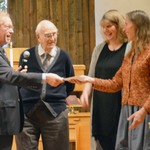 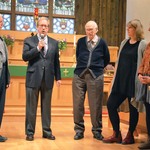 On the morning of Sunday, January 29, 2017, Peter Goodwin, John Conway and Doug Ibbott, all members of St. James’, Vancouver participated in the Fourth Sunday After Epiphany worship at St. Helen’s, Point Grey. As is the custom at that parish, the service for the fifth Sunday of the month was Morning Prayer but the three from St. James’ were not attending St. Helen’s to brush up on their Anglican chant and sing the Te Deum, they were there to contribute some money from the St. James’ community to the St. Helen’s refugee fund.

Following the Offertory Hymn, “Blessed are the Pure in Heart” the Reverend Scott Gould, rector of St. Helen’s requested that the three visitors from St. James’ approach the chancel and he also invited Lisa Copper and Suzanne Morgan, two representatives of St. Helen’s refugee support group to join them.

Doug Ibbott was given the microphone and he presented some background about the donation saying that over a year ago in January of 2016 many in the St. James’ community wanted to respond to the December 2015 launch of the “Bishops Fund for Refugee Resettlement”.  The members of St. James’ who were eager to be involved in refugee support realized that they did not have the resources to engage in sponsorship, a commitment which can cost as much as a $40,000 per refugee but they were aware of the project that was underway at St. Helen’s to sponsor a Syrian extended family and decided they would like to help.

After sharing the information Doug reached into his inside jacket pocket and presented a cheque for $7,000 to Lisa and Suzanne. The presentation of the cheque was met with enthusiastic applause from the rector,  choir and congregation at St. Helen’s.  Lisa thanked the representatives of St. James’ parish and let them know that the original 8 family members had grown to 10 with the recent births of 2 babies. With the addition of the $7,000 from St. James’ the balance of funds raised to support the family has risen from the fundraising goal of $80,000 to in excess of $120,000.

The envelope containing the cheque was placed in a collection plate and Rev. Gould with the congregation  offered the Prayer of Thanksgiving from the Book of Common Prayer.