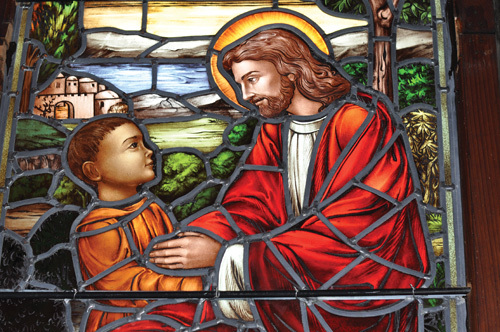 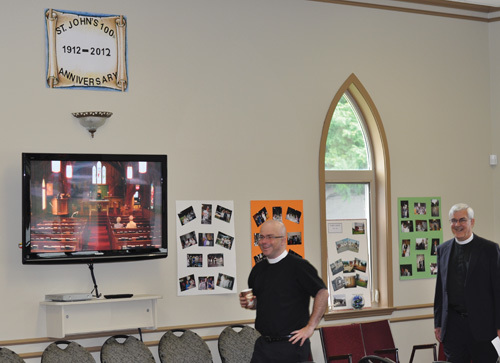 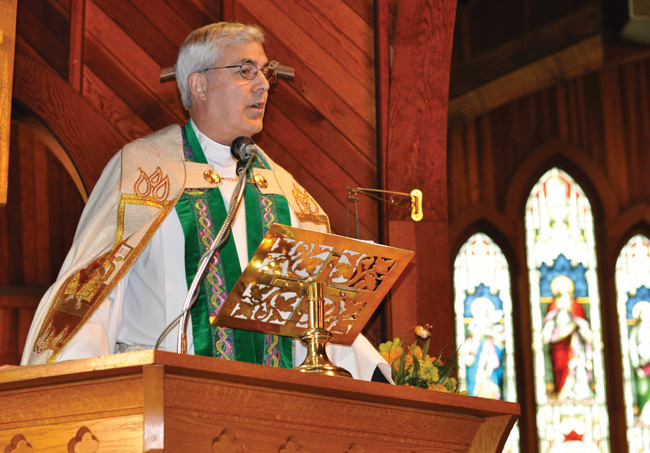 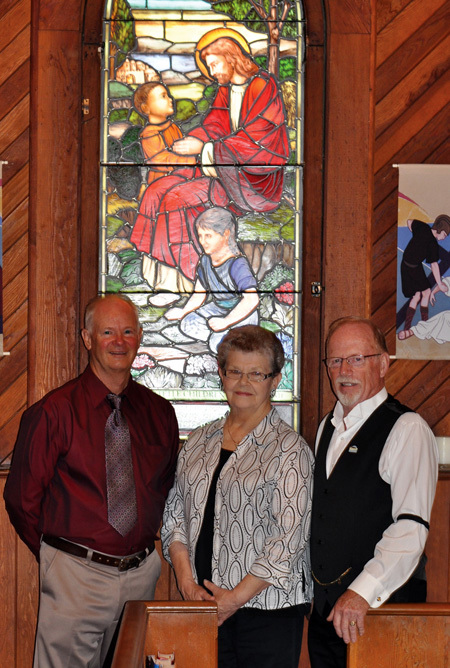 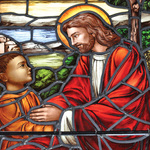 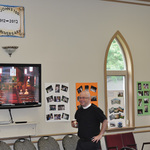 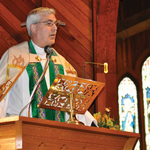 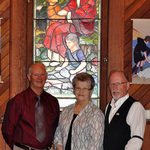 By 9:50am on the morning of July 22nd, 2012, the nave of the 100 year old building that is home to the Parish of St. John’s, Sardis was nearing capacity. Additional seating was made available in the chancel and the chapel and overflow seating had been set up in the Parish Hall, a modern construction connected to the west side of the original church building. A closed circuit television broadcast was made available in this location as well. A number of families with young children were among the last to arrive in the sanctuary and they availed themselves of empty pews at the front of the nave and prepared to participate in the 10 am Celebration of the Eucharist for this, the 8th Sunday after Pentecost.
Following the opening hymn, St. John’s Incumbent, The Reverend Dale Yardy welcomed the congregation by saying that the Eucharist would be in part a celebration of 100 years of this communities walking with God in the journey of faith.
The guest preacher for the liturgy was The Venerable Ronald Harrison, Executive Archdeacon of the Diocese of New Westminster. Archdeacon Ronald brought greetings from Bishop Michael and Archdeacon Stephen Rowe and then admitted with a chuckle that he is “probably next on the diocesan food-chain.” The archdeacon began his homily by telling the congregation that his first visit to St. John’s, Sardis was in 1962, fifty years ago when the community was “young.”

Later in the liturgy Archdeacon Harrison was called upon to dedicate the new stained glass window of Jesus with the little children, installed to mark the 100 year milestone. Instead of the directed Gospel reading for the day, St. John’s worship leadership substituted Luke 18: 15-17 the Gospel event that is depicted in the new window.
16But Jesus called for them and said, ‘Let the little children come to me, and do not stop them; for it is to such as these that the kingdom of God belongs. 17Truly I tell you, whoever does not receive the kingdom of God as a little child will never enter it.’

Following the worship, the majority of the congregation remained to partake of a barbecue lunch and spend some celebratory time together. Congratulations and many blessings to the worshipping community of St. John’s, Sardis as they embark on the next 100 years.
(This is an excerpt from the feature article that will appear in the September issue of TOPIC, the diocesan publication)