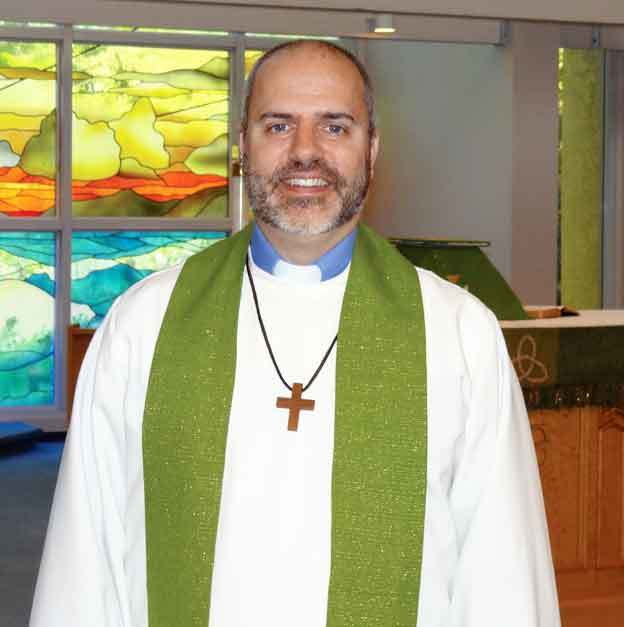 The Rev. Jonathan Blanchard announced on October 16th to his fellow congregants at St. Mark, Ocean Park, South Surrey that he will be completing his ministry with them on Sunday, January 15th, 2012. Jonathan has been appointed Rector of St. Aidan’s Church, Winnipeg in the Diocese of Rupert’s Land. Jonathan was the Assistant Priest under the previous incumbent of St. Mark’s, and cared for the parish until the present incumbent, the Rev. Craig Tanksley, was appointed. Soon after, he was made Associate Priest for the parish. Congratulations, Jonathan and Deanna, on this new phase of ministry!
Photograph by Drew Gauntley