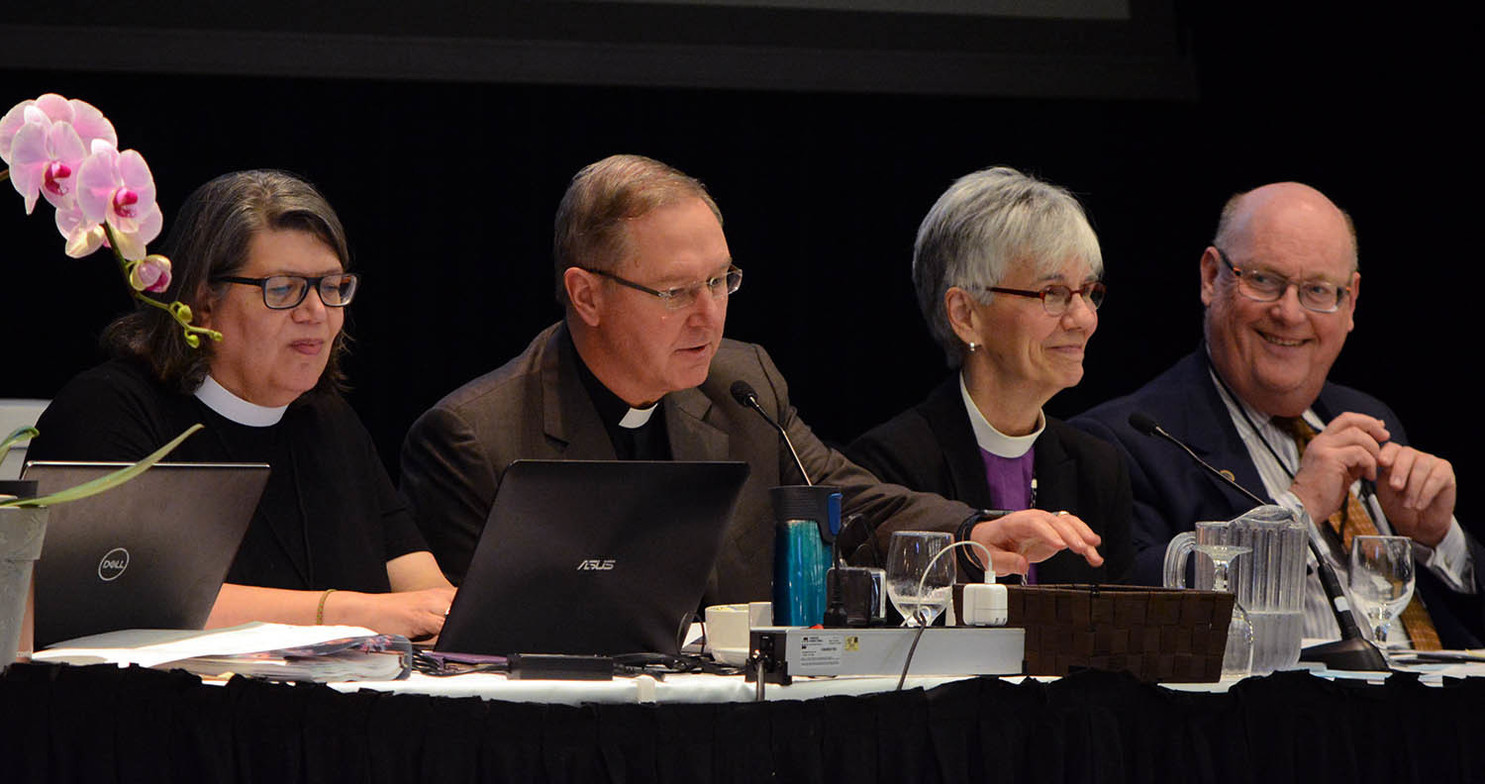 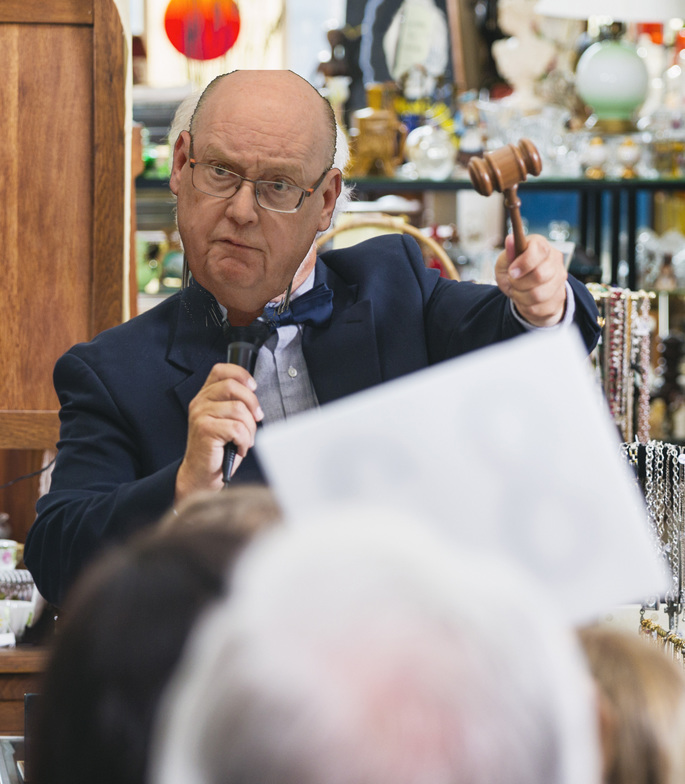 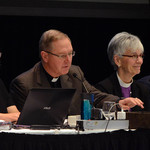 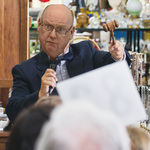 The offerings given at the 119th Synod of the Diocese of New Westminster will be directed to the Anglican theological students in the ordination track at Vancouver School of Theology (VST).

The goal set by Executive Archdeacon Fenton was $5,000. As of the end of the Opening Eucharist there had been $3,400 given. Prior to Morning Prayer on Saturday, the figure was closer to $4,000 and at lunch time on Saturday $4,500.

That meant it was time to bring back what is now an annual event,  the auction of the plants by Chancellor George Cadman. George conducted a brilliant live auction towards the conclusion of the lunch break selling 8 of the potted orchids (4 purple, 3 pink, 1 white) used to decorate the Synod Hall. The Chancellor auctioned off the plants at an average price of $75 each which brought the total well up and over the goal.

Thanks George and many thanks to all who contributed.