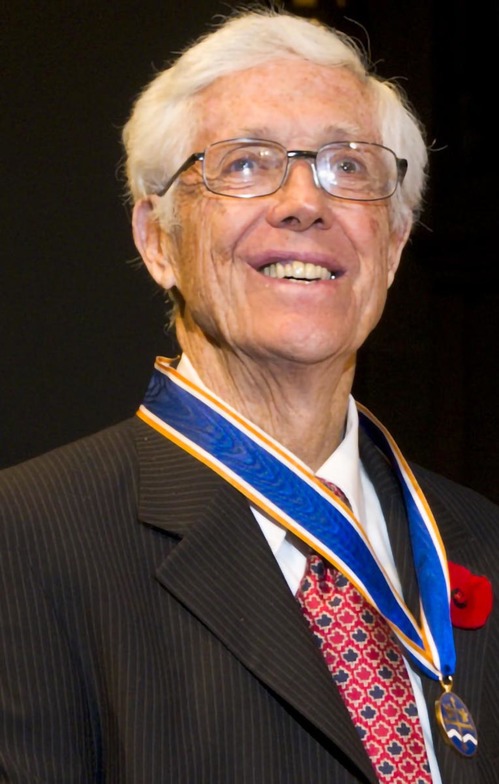 Terry was a long-time parishioner at Holy Trinity Cathedral and over the years was very involved as a volunteer in parish activities as well as a respected elder.

From his youth Terry embodied the notion of a sound body and a sound mind.  He coached basketball and led Burnaby South to the first provincial championship ever won by a Burnaby high school team.

Terry loved his career as a teacher and an educational administrator, but he embraced retirement with equal passion.  He ran the Sun Run annually until the age of 88, becoming one of the oldest participants.  Between the ages of 68 and 88 Terry wrote seven published books ranging from history to politics to book collecting and joke-telling.

He had a wonderful zest for living, a quick wit, an inquisitive mind and a gentle soul.  He was a gentleman and his death leaves a hole not only in his family's life but in the life of his parish.

May he rest in peace and rise in glory.

Story written with material from Terry's obituary published in the Vancouver Sun and Province on 26 November 2021.